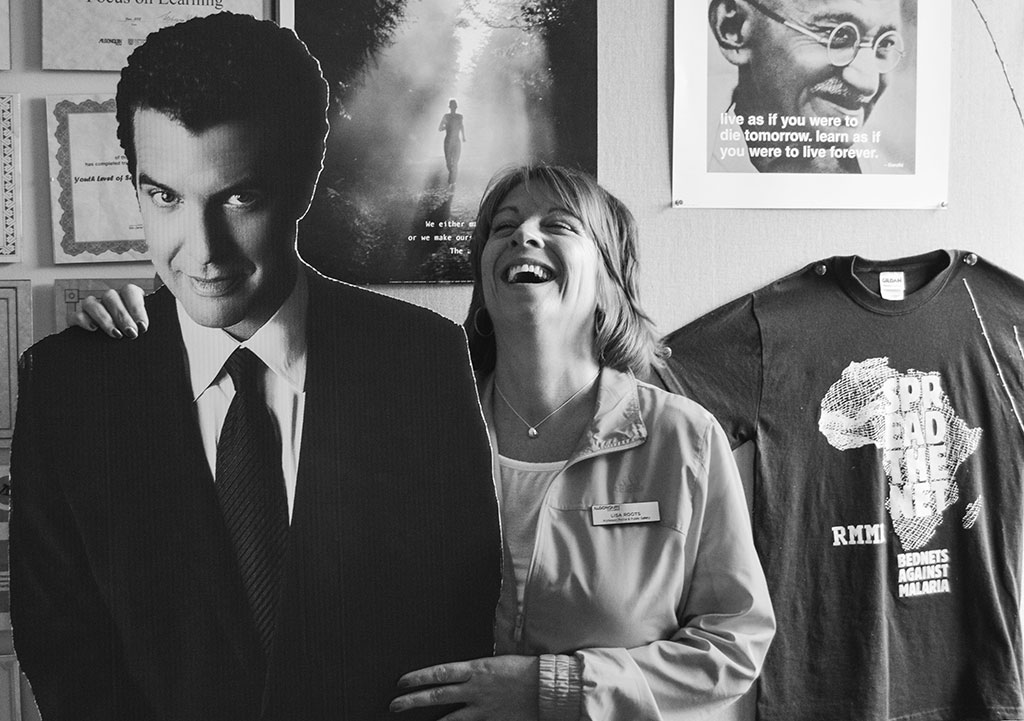 For the second year in a row, Rick Mercer announced that Algonquin has won the Spread the Net fundraising challenge, raising more money than any other college or university in the country.

The event raised money to provide bed nets to families in need, to help fight malaria.

“It was definitely a success. The students really ran it well,” said Faris Lehn, clubs and communities co-ordinator.

The entire college community got involved. For instance, those who won the walkathon received tickets from the president of the college to go see Black Sabbath.

Lisa Roots, a professor at the college, knew the college would do well.

“If Algonquin entered the competition and worked together as a college community, we’d win,” said Roots.

This was the second year the college had participated in the challenge, and it will be the second visit the college receives from Rick Mercer, co-founder of Spread the Net.

Several academic institutions support the fundraiser across the country, from elementary schools to colleges and universities.

Roots lead the charge last year but this year handed the responsibility of the fundraiser down to the students. Riley Jones was the one student at the head of the challenge.

“It takes time to build momentum and get the word out there,” said Jones. “We were expecting to see most of the donations near the end of the fundraiser. We expected what happened.”

“Last year was such a huge success, that it might have been challenging to get the same enthusiasm this year,” said Roots. “I knew we weren’t going to raise as much as we did last year, but $10,000 is a pleasant surprise.”

The students held many promotional events. A walkathon was organized on Feb. 26 along with several bake sales. They also sold lollipops, wristbands, t-shirts and held dinners in residence.

Lehn hopes to change up the fundraising for next year, to try and get away from the typical promotions.

“For it to be a success we need dedicated students to come to meetings each and every week,” said Lehn. “The students have to want to do it, and I’ll be there to offer support.”

Given the student engagement so far, Roots is optimistic.

“It will be hard not to go for a third championship,” she said, chuckling.