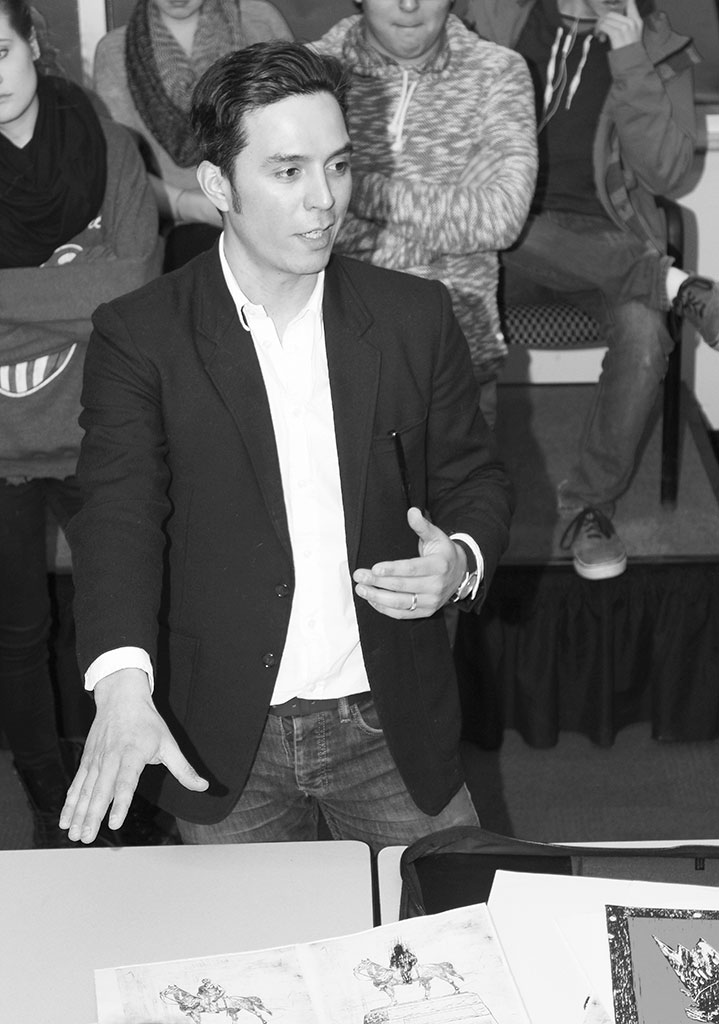 A prominent local artist swung by Algonquin on March 6 to speak to students in design studies, fine art, and graphic design-fields the multi-talented man is well-versed in.

Guillermo Trejo, who is also a teacher at the Ottawa School of Art, showcased his art and his techniques to students, explaining his methods, motivations, and history.

Originally from Mexico, he was accepted to the prestigious five year art program available at the Enpeg National School of Painting, Sculpture & Graphic Arts in Mexico City.

His art has a long history of being politically inclined. Asked whether he’d done any art related to some of the South American riots, Trejo said he hadn’t because “at some point I felt like I was using this to promote my art. I want to be political, but I don’t want to be taking advantage of people suffering.”

He also does something quite odd with a lot of the pieces he makes. He destroys them, “to push me to produce more,” he said.

Much of his work has to do with raw physical interaction with his mediums; whether carving into wood, smashing sculptures, or creating “action paintings,” as he called them, mimicking a  Pollock-style of hurling paint at a canvas to create unique images.

David Potvin, a student in the design studies program, said he was here because “He’s (Trejo) a big printmaker. I want to see, ask him about his process.”

Trejo appeals to graphic design students, he said, because he mixes digital and physical mediums to produce art. One of his fellow students, Hannah Douglas, came to see the talk on the recommendation of Natasha Mazurka, the program coordinator for the introduction to fine art program.