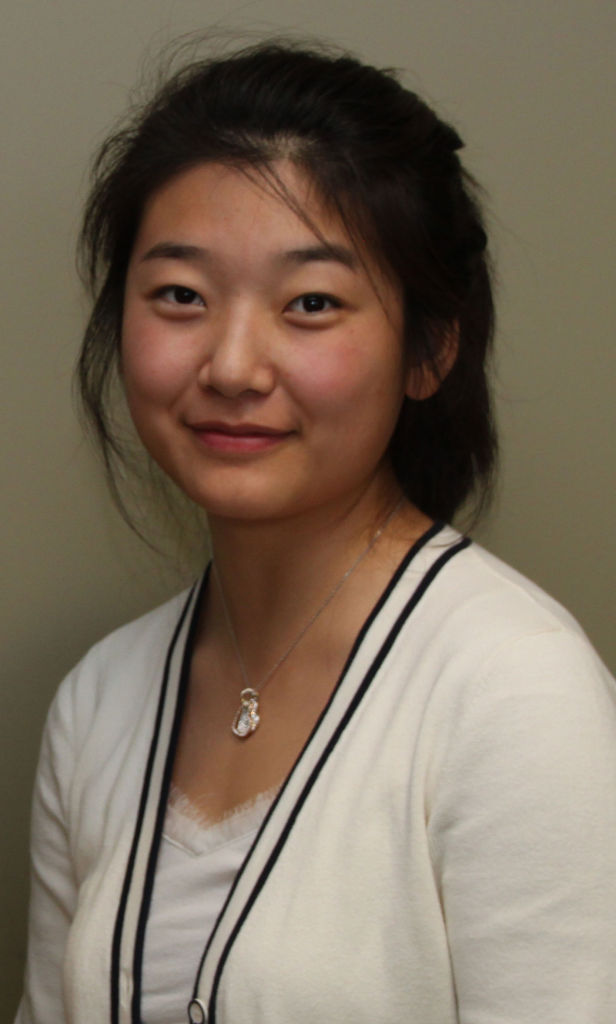 Ying Yang, a second-year police foundations student. She was assigned to the Chinese women's team.

When Amanda Lafferty met the Cameroon women’s soccer team, they were blasting their music and dancing. They were incredibly enthusiastic to be at the World Cup.

Lafferty felt the same and soon bonded with the team and staff. One of the staff members braided all of her hair. When the team saw her new look, they reacted with exclamations of “wow, you are so beautiful.”

The job with FIFA provided Lafferty with the chance to learn how to work with people of other cultures while respecting their views and beliefs.

The opportunity arose when the coordinators of the police foundations program received a call from Scott Carnie from Aspire Risk Canada asking if they were interested in having some of their students involved with the Women’s World Cup in Canada.

“We said sure, it sounds like a great opportunity for our students,” said Dana Lennox, one of the program coordinators.

Lisa Gerrard, another coordinator, sent an e-mail to the students with some of the details about the job and an information session where they could drop off their resume and cover letter. About 30 students were then contacted for an interview at the college by representatives of Aspire Risk Canada.

“They had to be self-directed,” said Gerrard. “They had to have leadership qualities, a certain level of maturity and good communication skills.”

“They had to have problem-solving skills and be able to act independently,” added Lennox.

The process from the interview to the phone call saying the students were hired took only a week.

“They told us we would hear by the end of the week,” said Ying Yang, a level-four police foundations student. “I almost gave up since I hadn’t heard anything back, but then I got the call. I was so happy, the waiting was crazy.”

The successful applicants received two days of training about their roles as team security liaison officers before shipping out across the country to meet with the teams they had been assigned to.

Samantha Raffa, also in level four, was sent to Vancouver to meet with the Japanese team. She was picked up by the security officer and brought to the hotel where the team was eating dinner.

“It was awkward at first,” said Raffa. “They didn’t know me, they were pretty reserved. I had to take the first step.”

It was a similar experience for Yang with team China. As the tournament progressed, though, she was embraced as part of the team family.

“They sang the birthday song for me on the bus,” said Yang.

The bonding between the students and the teams fostered an appreciation for the different cultures and backgrounds. This type of understanding will be applicable in their future careers.

The job came with its share of learning experiences. The students had to be able to balance security concerns with making people happy. Adaptability was a major key to success in their roles.

The program coordinators received positive feedback about the students from the security organizers. They hope that this will lead to similar opportunities in the future.