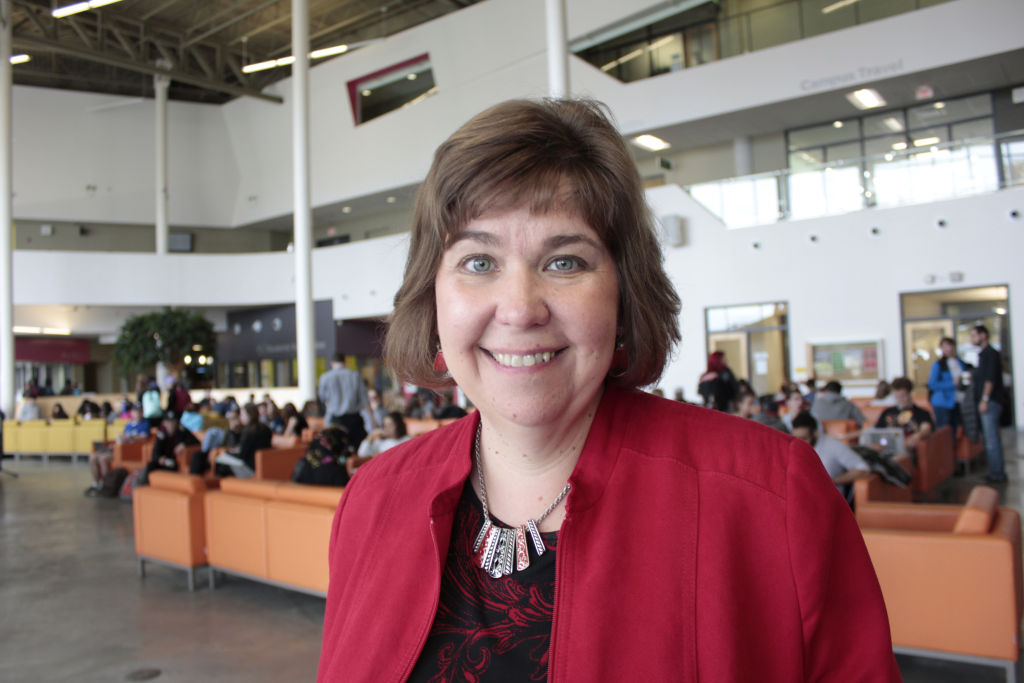 There’s a new sheriff in town, and her name is Anita Vandenbeld.

On Oct. 19 she was elected as the MP for the federal riding of Ottawa West-Nepean successfully with 56 per cent of the vote, ending the Conservative stronghold that has had a firm grasp in the community for nearly a decade.

This is also the riding where Algonquin is situated, so it was only fitting one of the final debates was held on campus on Oct. 14.

Vandenbeld, a former teacher at the college in the police foundations program felt more than comfortable to speak in front of a very big crowd of students.

Her message was clear from her opening statement.

“We have a prime minister who, instead of appealing to the best of people, appeals to the worst,” said Vandenbeld, to a warm reception.

Vandenbeld, a former member of the United Nations, is more than experienced in spreading the word of democracy. When asked why it is important for people to vote, Vandenbeld eagerly responded.

“While I was going around the world we were losing our democracy here,” she said to the bustling room of students and community members. She then went on to tell a story of meeting women in Egypt who said they would die for the right to vote, and that those values should be cherished here in Canada.

In terms of student issues, Vandenbeld is focusing on getting student debt down. She also says that Trudeau’s plan, though initially causing a deficit, would benefit those of all financial rankings in the country.

She also advertised herself to be the most approachable candidate, claiming that she would continue to meet at the Tim Hortons on Carling, next to Cineplex Cinemas, for one hour a week even if she is in office.

As for her future in the Trudeau government, it is currently unclear. However due to her past experience as an international expert on democracy and human rights she would be an asset.

All parties were in attendance at the debate, except for one.

Abdul Abdi and the Conservative party lacked a presence on the day. Abdi was the runner-up in the riding, though only garnered 30 per cent of the vote.

After the election, after arriving almost at 11 p.m. to his party at the Villa Marconi on Baseline, Abdi congratulated Vandenbeld on a hard-fought campaign.

Abdi was humble in defeat, looking forward to getting back to his family and thanking all of the supporters for staying by his side over the campaign. Though they were few in numbers, they were all smiles once Abdi arrived.

“Ottawa West-Nepean has spoken, Canada has spoken and I respect their decision,” said Abdi. He also urged his supporters to keep their heads held high, saying he knew how hard everyone worked on this campaign and there was no need to be disappointed.