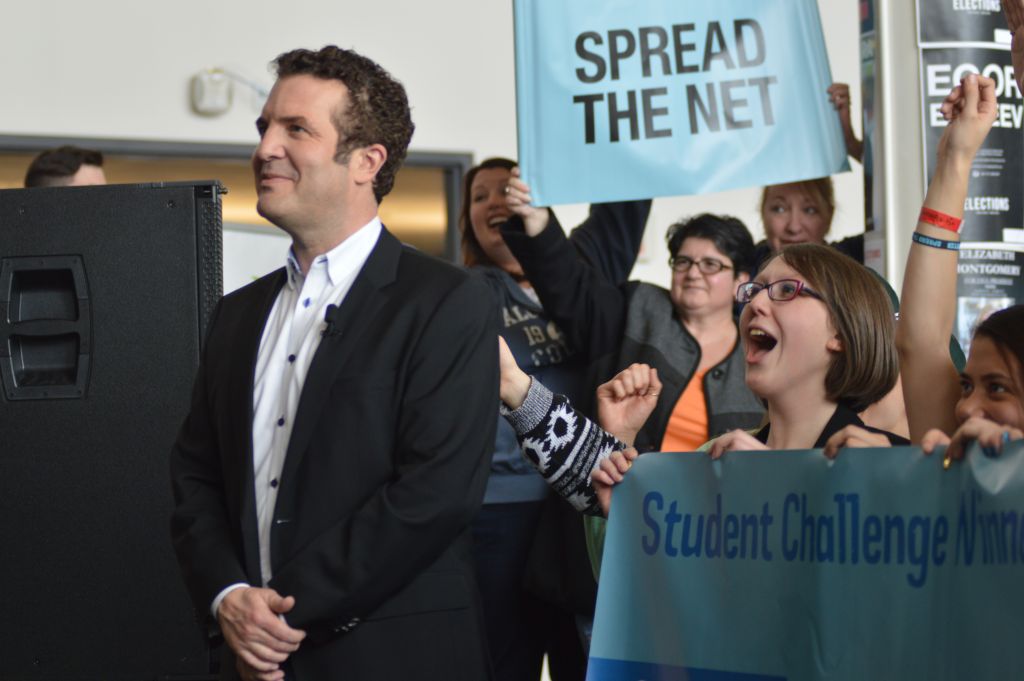 Rick Mercer returned to Algonquin for the third time, to congratulate the college for raising more money than any other post-secondary institution for the annual Spread the Net Student Challenge.

A rally was held at the Student Commons March 16 at 1 p.m. Mercer thanked the students and employees of Algonquin for their generosity to help prevent malaria, the most deadly disease in Africa that has the highest rate of death under the age of five.

For $10 each, students and employees bought mosquito nets to protect families from malaria. Algonquin raised $13,200 this year and a grand total of $64,000 over the last three years for Spread the Net.

“This year we had firefighters and event management students involved and they helped out a lot,” said Cummins. “Next year they’re opening it up to all the other programs.”

Mercer’s way of thanking Algonquin for its generosity is by showing off the school and its students for the season finale of his popular CBC show, The Rick Mercer Report.

Mercer received a manicure from the esthetician students, hung out with the fire fighters and held a rally for all students to sing, dance and show off their school spirit to the nation.

A big part of this is just showing off the school spirit, which is why we do the rally,” said Mercer. “But it’s always good to cover the fact that Algonquin has such a vast variety of programs.”