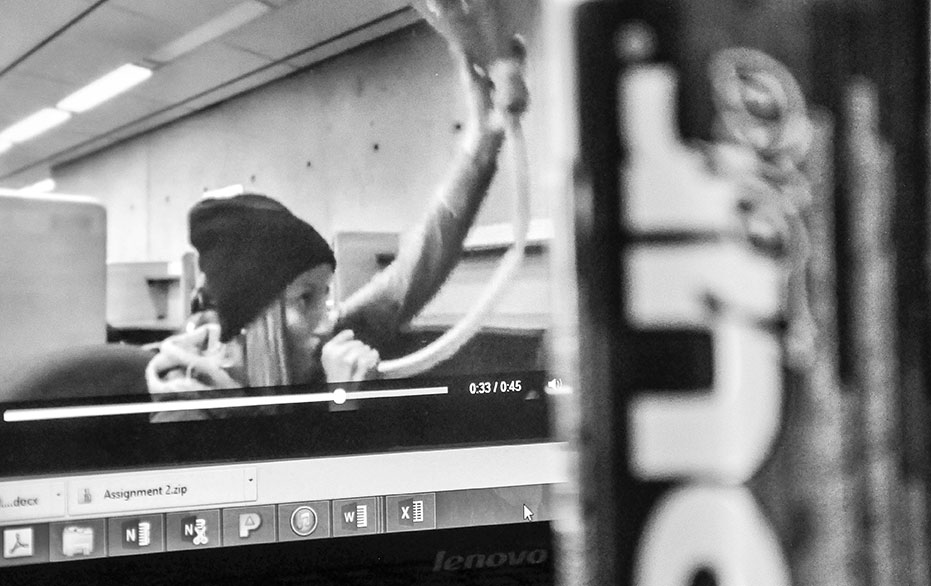 The social media “NekNomination” craze has been spreading rapidly throughout the Internet, moving from student to student, perpetuating the binge-drinking culture that is so prevalent in the student lifestyle.

The classic nomination that began in Australia involved the chugging of a beer on camera, then publicly nominating two friends to do the same within 24 hours. The fact that the nominations are a verbal, public challenge is a big part of why the NekNomination is so worrisome, according to a City of Ottawa Public Health Nurse Terry-Lynne Marko.

“When it comes to drinking games of any sort, health care professionals get alarmed,” said Marko.

The challenge, while in good fun, is no doubt dangerous. Marko cites the desire for “one-upmanship” as one of the main dangers of the challenge. Shotgunning a beer is nothing foreign to many students, but the problems multiply when those students are moving to rapidly down larger amounts of alcohol, while adding dangerous physical challenges as well, whether it involves a dangerous stunt or even swallowing goldfish.

“There was one guy skateboarding down the highway chugging beer,” said Marko.

She also recalls one video she had seen of a man who attempted to jump over a barrel of fire, and had to have flames patted off his body by a friend, on camera.

These additional physical challenges further add to the danger, as the rapid consumption of alcohol just before them have a big impact on the participant’s motor skills, resulting in a “double-whammy” that increases the risk for serious injury.

Not all participants feel the need to escalate the challenge.

“I didn’t feel (like I had to) one up anyone”, said Jeff Yuvienco, a police foundations second year student. “I just wanted to make something funny.”

Yuvienco was nominated by a friend from residence and fulfilled his nomination by chugging a pint of Guinness at a mountain lodge in Quebec, before pretending to tumble down the mountain on his next snowboard run and croaking out his nominations as he played injured.

However, he did feel pressured to complete the challenge, explaining that he felt he couldn’t say no because a really good friend had nominated him.

He isn’t the only participant who felt this way.

“I didn’t want to do the whole drinking thing,” said Tabetha O’Toole, a first year museum studies student.  “I thought it was stupid…but (I) didn’t have a choice.”

O’Toole had initially planned on fulfilling her nomination in a different way, forgoing alcohol in favour of good deeds, but admitted that her friends had teased her for her choice.

“You’re so lame,” she remembers being told when she told her friends that she was planning to skip the drinking.

She made a compromise, going to a random dorm room and giving out two $10 Tim Hortons cards, after drinking a mixture of Jägermeister, vodka, Red Bull, and a Monster energy drink out of a measuring cup.

“When I posted (the video) on Facebook, I wanted to delete it right away,” said O’Toole. “It can get back to your family, or your boss could see it.”

O’Toole and her aim to fulfill the challenge with good deeds is an example of a trend that is beginning to emerge as the NekNomination evolves into a more positive version known as a RAKnomination (RAK stands for Random Act of Kindness).

Marko encourages students and other participants to focus more on the RAKnomination, citing a movement at the University of Ottawa called Feed the Deed, which promotes doing good deeds instead of drinking to fulfill the challenge.

“I would hope they have the confidence to flip it around to RAKnomination,” said Marko when asked if she had any words for potential participants. “Is that something you want to be remembered for?”