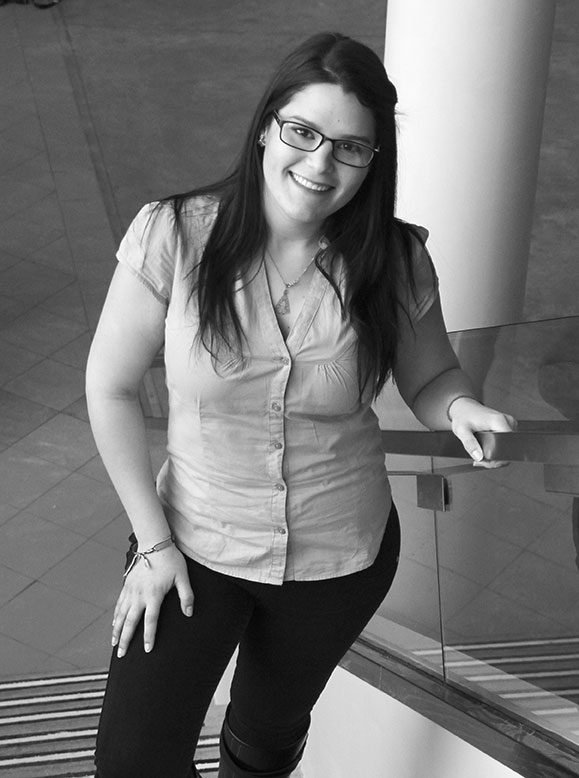 When Monica Saud Gonzalez serves students at Tim Hortons with the qualities and presence of an over-qualified ex-government worker, it gives you the ‘shake-your-head-and-smile’ feeling of understanding. From small beginnings her political career will be born from.

Gonzalez is a vice-presidential candidate for the 2014-2015 term on the Board of Directors, running against two student counterparts.

The 26-year-old business administration student came to Canada from Venezuela in 2011.

In Venezuela, a federal republic lead by men who take steps towards dictatorship, described by Gonzalez as communist, there are two popular beliefs. Gonzalez, right-leaning and a firm believer of the will of the people and human rights, stood her ground against a government that discriminated against people of the opposition, according to Gonzalez.

“We organized protests with the students, professors and even the cleaners against the government in their violation of human rights,” said Gonzalez on the 2007 student movement.

At home she campaigned for Henrique Capriles Radonski’s Justice First party, a man who ran against interim President Nicolás Maduro. She would go to the poor districts at her home in Cumaná and the capital, Caracas, and spread her party’s credibility.

“I’m pretty sure I know everyone there,” said Gonzalez.

In Ottawa, she worked in the consular section at the Embassy of Panama, handling the issuing of visas and passports amongst people travelling to Panama.

In her home country Gonzalez was the political secretary for Student Centres, an SA equivalent, at the University of Oriente in Venezuela.

In regards to the ongoing U-Pass debate, she is unyielding. Gonzalez, who lives more than five kms away, says if she is part of the new Board of Directors she will fight for the U-Pass, and made reference to the situations unfolding back home in Venezuela.

“She is determined, I’ll give her that,” said Zac Sisto, also in the business administration program. “Sometimes she will go far to get her way, she’ll fight for it.”

Like her people, she says, Gonzalez is determined to fight for what’s right in the eyes of the students. If she is to win the elections, her first order of business would be to allocate more space for quiet study areas, and implement new programs that help students manage time and homework – she wants to help them “know how to learn.”

“It’s hard to get a job or to receive pay in Venezuela when your political views are different than the government’s,” said Gonzalez. “That’s one of the reasons why I left the country; I prefer my dignity and beliefs over anything else.”