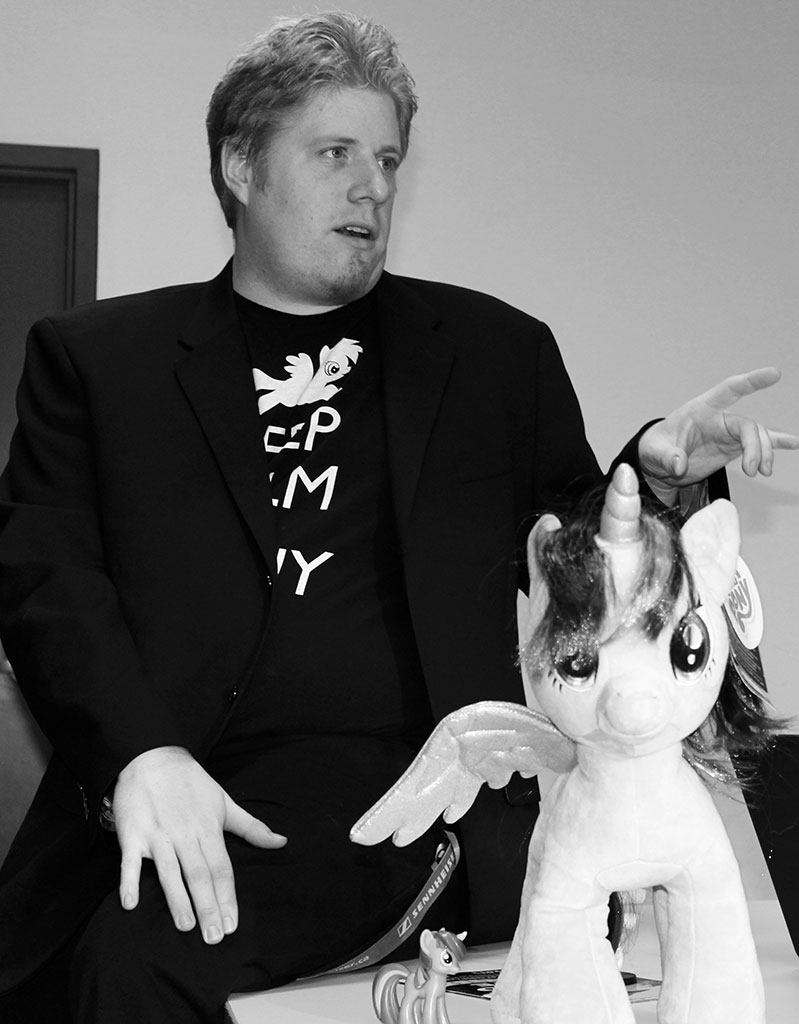 Students looking for friendship, magic, and a mutual love of ponies, might want to consider joining the Algonquin Bronies.

Anyone who is a fan of the popular TV show, My Little Pony: Friendship is Magic, can come to the club room located on the second floor of Student Commons to engage in various activities, such as screenings of the show or a game of Cards Against Humanity: My Little Pony version.

Stephen Conrad, who asked the Times to use his stage name DJ Midli, started the Algonquin Bronies in the fall of 2012. Originally part of the Ottawa Bronies, DJ Midli felt a creation of a brony group at Algonquin seemed like a good idea. The group ended up setting the stage for the University of Ottawa and Carleton University brony campus groups.

“We have had some students come over from Carleton,” says DJ Midli, “I’m also approached by professors who tell me they’re going to send their students my way.”

At first glance, My Little Pony: Friendship is Magic may look like it is meant for a young female audience, but the show is most popular with males. Algonquin Bronies has around 60 members currently, a mix of men and women.

“It’s cutesy, light-hearted, and not cheesy,” says DJ Midli, “There are a lot of great shows out there, but they’re very dark and depressing. Both guys and girls love it. Guys are just more loud about what they love. Adults watch it regardless of gender. It’s really not a big deal. ”

“The friendliness,” says member and student Chantal Howard, about the television show. “It’s really fun. It’s positive. There is nothing negative about it.”

The Algonquin Bronies is a humble club, not thinking they are superior despite having such a large number of members. They have a great love for the school and the Student’s Association for being so supportive and friendly with their group. “Every club here plays an important part in the mosaic of the college,” says DJ Midli, “I don’t think the Algonquin Bronies is more important than the other groups that make up the beautiful mosaic that is the community of Algonquin College.”