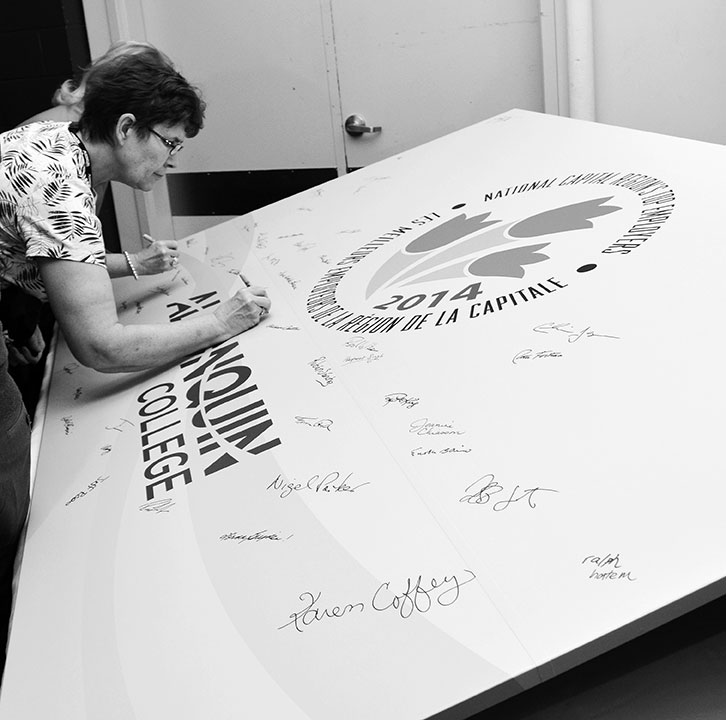 According to longtime faculty and staff, this year’s announcement that Algonquin was part of the National Capital Region’s 25 best employers can be linked to two fundamental concepts: morale and communication.

“When Kent MacDonald started as president it was kind of a morale change. The previous president was more business. He talked budgets and did what the minister of education said. Kent’s attitude is much more warm, personable. He always has a positive approach and a look to the future vision,” said Helena Merriam, coordinator of the library and information technician program.

MacDonald’s commitment to communication is evident in the events he puts on. In December he held a town hall meeting where he and the vice-presidents answered any questions that anybody who attended the meeting asked, including the union.

“I think it opened up a lot of morale here,” said Merriam.

The school also sent out an engagement survey to 1,300 employees to find out how they felt about working at the college.

“We needed to know what our employees were thinking, even though when you ask those types of questions you may not like what you hear. And yet you cannot commit to improvement unless you have real input. The biggest issue we found was communication,” MacDonald said.

The title was given out by Canada’s Top 100 Employers, who this year had over 3,000 applicants as businesses and organizations vied for the prestigious award.

Companies are assessed on eight key areas, ranging from physical policies such as health, financial and family benefits, to more environmental aspects such as employee communication and community involvement.

For MacDonald, it was not just a victory for himself to receive the award just two years after taking the presidency, but a group effort between every single employee of the college.

“I accepted this on behalf of every employee I know who wakes up every morning wondering how they can provide the best service to students, it’s nice for me to tell them their doing a good job, but to have an outside institution recognize it is fantastic,” he said.

MacDonald knew that the college would receive the award in late December, but had to keep it a secret for over two months before he could tell anybody, but he wanted to do it in a good way

“I felt like we have to find a way to celebrate this, let people know instead of waking up and saying “What’s this all about?” It’s been fun, but a challenge to do this type of thing,” he said.