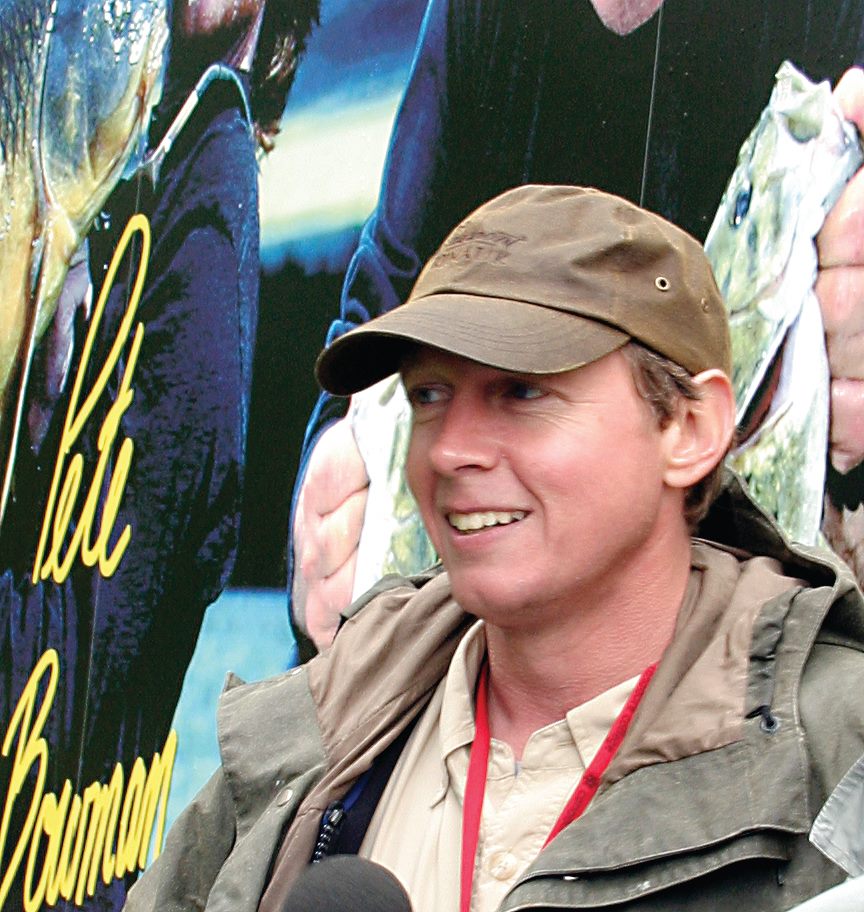 From humble beginnings in the late 80s at the Carp Valley Press, Anderson’s prolific writing career saw his byline in such publications as the Ottawa Citizen, the Financial Post, MoneySense, Canadian Geographic and Outdoor Canada.

His Citizen columns featured a wealth of diverse life experiences and provided evidence of a strong personal connection with the city he called home.

Anderson was an avid fisherman and his love of fishing took him around the world, competing for Canada in fly fishing tournaments from the Pyrenees in Spain to the British Isles and other exotic locales.

“He was like a mechanic or a technician,” said Joe Banks, the coordinator of the journalism program at Algonquin, about Anderson’s fishing techniques. “You remember his laid-back approach in the classroom; but when it came to fishing he was a rocket scientist.”

In a 2008 column for the Citizen on his nephew’s rendition of Seussical, complete with the vivid description that was a common feature in his writing, Anderson reminisced on his first step along the path to a career in writing. His seventh grade English teacher stopped him in the hall to ensure that young Anderson grasped the importance of her praise of his hastily completed writing assignment.

“Who can predict, even recognize, the moments that make up a life and career?” he wrote.

Anderson imparted the knowledge he had to all students he encountered while teaching at the college and keeping up with his many freelancing duties.

“What I loved about Mark was how he never blew smoke up your ass. He was straight with you, and that made it so much more rewarding when he finally said ‘you had something’. I’ve never had a teacher quite like him before, where you could actually feel a true mutual respect. I think it’s safe to say I’ll never have a teacher like him again.”

Anderson was a key figure in Algonquin’s journalism program. Originally hired to introduce business journalism to the curriculum, he quickly increased his work load. He taught his students how to write and edit and would fill in for his coworkers during sabbaticals and maternity leaves.

“It’s so nice to be able to work with your friend,” said Banks. “To be honest with each other, to prize each other and respect where we had been.”

Banks and Anderson both started their careers in the community newspaper business. As new technologies emerged in the journalism field, they would occasionally disagree on their implementation in the classroom.

As a professional storyteller, Anderson had the ability to immediately convince all who spoke to him that he was giving them his full attention, anticipating their responses with genuine care and curiosity.

“With one question, just ‘how’s it going?’ you could immediately sense that he asked with his whole heart and that he was so willing to receive your response,” said Julie McCann, a professor in the journalism program, who was responsible for introducing Anderson to the college.

“He had the ability to make people unzip and bare all to him because he was more than a good listener, he was authentically curious and really liked people.”

And even in the face of a cancer diagnoses, Anderson maintained his appetite for fun and some of the finer things in life.

“We decided that life was too short for coffee that wasn’t delicious and super awesome,” said McCann. “So we both switched over to Americano exclusively.”

A celebration of Anderson’s life is set to take place on Sunday, Oct. 26 at the Observatory, a bar and restaurant at Algonquin College.

A bursary has been set up in Anderson’s honour. Donate by searching for the Algonquin College Foundation at canadahelps.org.

He is survived by his wife Catherine Lindquist, and his family.