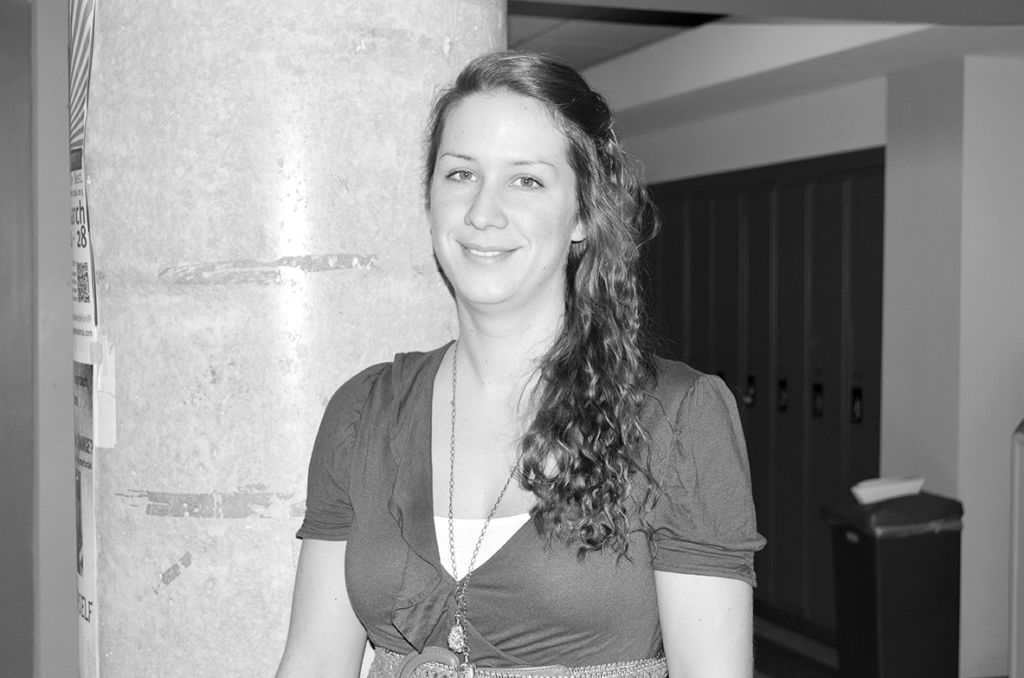 Canadian literature has always been a genre that interested Breanne Leblanc.  When she chose that as her general elective, one of the books they read was Indian Horse by Richard Wagamese.

When her critical essay on the book was submitted to the Algonquin Reads! student contest, it was chosen as one of the winning entries.

Leblanc is a second-year paralegal student from Ottawa.  She leans towards reading the works of Canadian authors but Indian Horse was her first time being fully entrenched in Aboriginal history in a literary work.

“I really enjoyed the book, so writing about it critically was enjoyable,” Leblanc said.  “I put work into the essay and it paid off.”

In class, the students were informed that anyone who received a 75 per cent grade or higher on their submission could enter the Algonquin Reads! contest.  Leblanc won the category of Best Critical Essay.

Although students had the options of writing a creative piece or essay, performing and even video-taping their submissions, Leblanc decided to stay with the theme of a critical essay.

“I enjoy writing, so I thought it would be interesting to write an essay about [Indian Horse],” she said.

Leblanc’s message in her critical essay, titled Survival in Indian Horse, offers words of wisdom to its readers: “Through bare survival, cultural survival and the plight of the victim of survival, Wagamese allows all Canadians to relate to the story while understanding the inherent danger of becoming the force that must be survived.”

When Tori Crawley signed up for the Canadian literature general elective, she was informed that participating in the Algonquin Reads! student contest was a possibility.

After having read Indian Horse by Richard Wagamese, Crawley admits that the main character, Saul Indian Horse and his struggles, moved her to tears.

“I get very invested in the character,” she said.  “And his story was very tragic.”

Although writing a critical essay was an option, Crawley instead chose to write a creative piece.  Her poem, titled Victim and written in the acrostic format, was chosen as the winning submission for the Best Creative piece category in the Algonquin Reads! contest.

“I decided I wouldn’t be able to get through an opinion paper on Indian Horse without tearing up again considering how hard it was to write a 250 word journal entry,” Crawley explained.  “That meant I was doing a creative piece.”

Crawley, a second-year student in the paralegal program, used Margaret Atwood’s Survival: A Thematic Guide to Canadian Literature as inspiration for her poem.  Atwood identifies four victim positions in her book and Crawley symbolizes these positions as the locations where Saul Indian Horse lived throughout his life.  Hockey was a main focus in Saul’s journey.

“It begins with (Saul’s) first experience on the ice and ends with him passing on his love of the game,” Crawley wrote.

Her submission for the Algonquin Reads! contest has earned Crawley $150 and the opportunity to publish her work in the Algonquin Times.