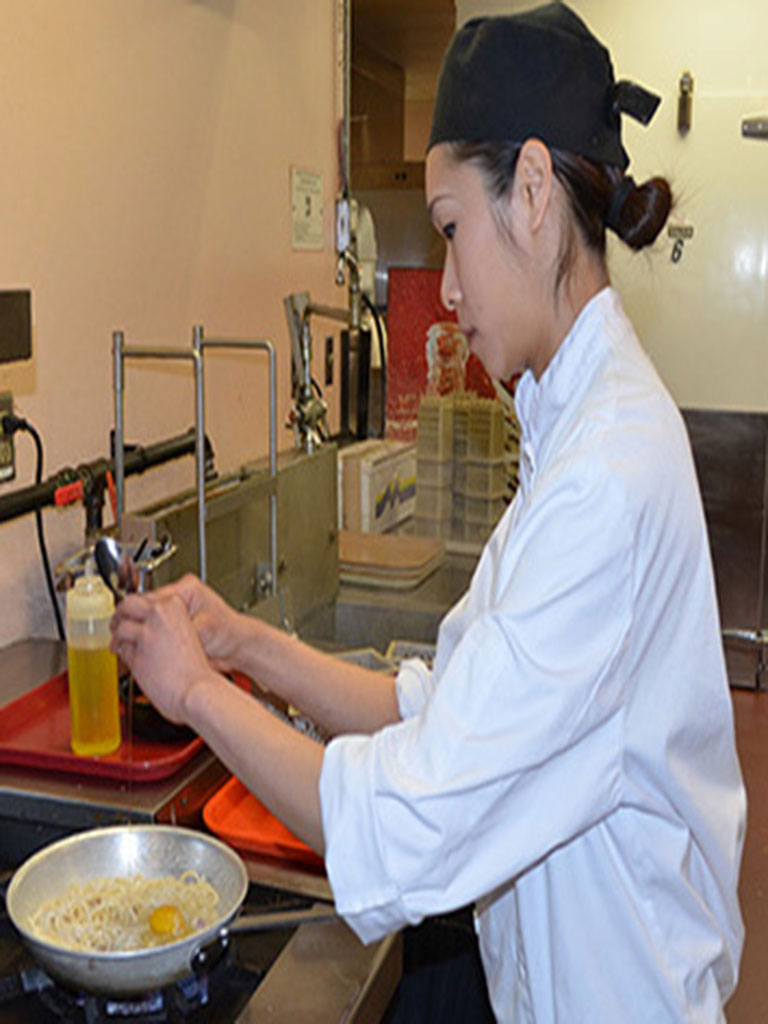 For each category, the contestants were given a month to prepare with predetermined ingredients. Chan, a second year contestant, was mentored by Algonquin executive chef Russell Weir.

“I’ve been working here for one and a half years and know Anson well,” said Weir. “Every student is allowed to have one mentor to help fine tune their menu, so we spent the entire month preparing and practicing.”

Second year students this year were able to work with scallops and shrimp which was donated by Highlander Foods, along with quail which was donated by Bearbrook Farms. The contestants were required to prepare a seafood appetizer and quail main, as well as a dessert of their choice.

“I love to cook,” said Chan. “I can’t wait to compete in more competitions around the world.”

Chan’s winning dishes featured a pan-seared prawn and scallop coquette with wilted spinach in spicy Asian-style broth for an appetizer and a honey glazed quail leg with bell pepper purée and lightly curried banana-stuffed breast with pancetta apple glazed for her entrée. Her dessert was a lemon curd, Thai basil shortbread with vanilla tuile, candied beets and cardamom beet coulis.

Chan isn’t a typical international student: though she’s considered one, Chan has lived in Canada for around 10 years.

“I moved to Toronto for high school when I was in the 11th grade,” Chan said. “Since I don’t have a Canadian citizenship, I haven’t been able to compete in as many competitions as I would like to.”

Most competitions in Ontario only allow Canadian citizens to compete. However, according to Weir, there are still many opportunities for her and other international students.

“Even though international students are not able to compete in every competition in Ontario there are still opportunities for Anson and others,” Weir explained. “For example, Chan will compete in a pear competition later this year hosted by the Junior Canadian Culinary Federation.”

Chan isn’t sure what her dreams are after college.

“I should really start preparing an answer for this question,” Chan said, giving a long sigh. “I’m not so sure yet but I will continue doing what I love.”

“I think I can answer that for you,” said Weir. “Anson will one day become a world renowned chef. This is just the beginning.”