Honouring lives of all soldiers lost 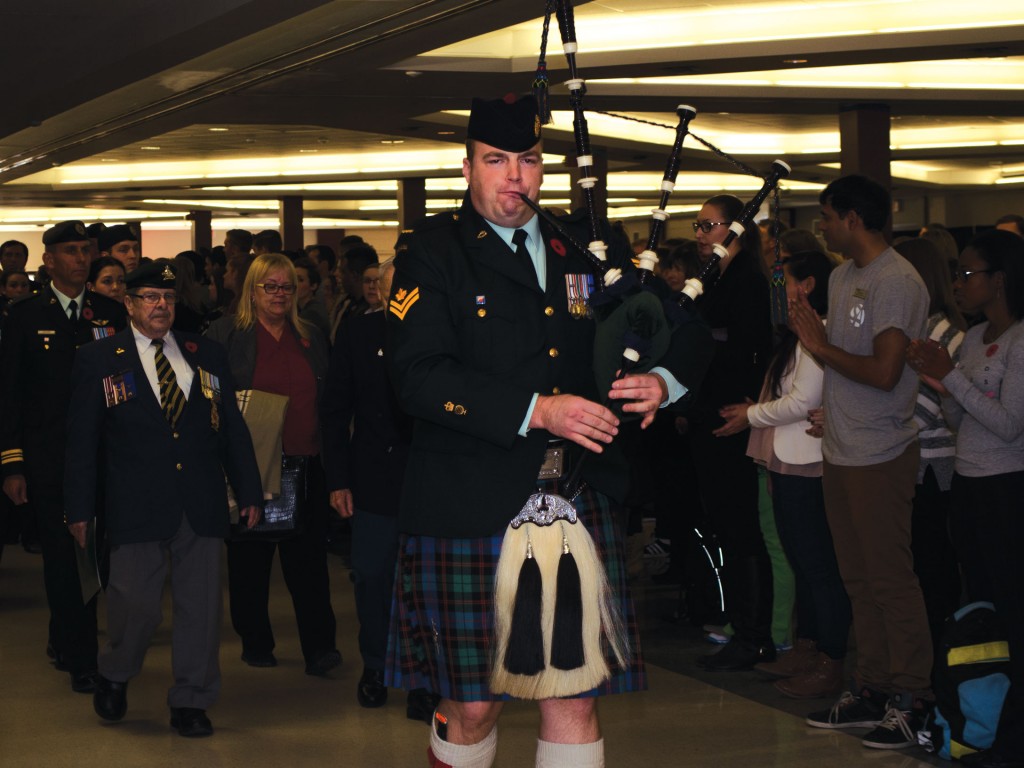 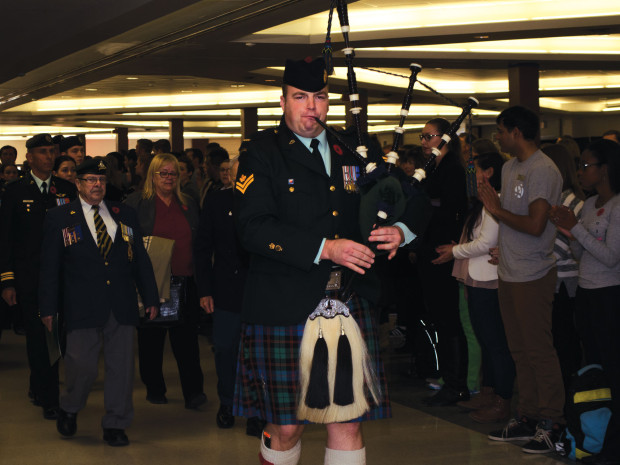 It was having to oversee the personal effects of dead soldiers.

Lavoie, who attended Algonquin’s Remembrance Day ceremony Nov. 11, served as Lance-corporal overseas as part of the Third Battalion of Le Royal 22e Régiment during his tour in Korea from 1953-54.

The 84-year-old veteran recalled going into a region to collect the belongings of a platoon that had been killed after they had wandered too far beyond a safe zone into “No Man’s Land.” The team had been caught in an ambush that left no survivors.

“Despite our purpose for being there, the Chinese wouldn’t let us through,” said Lavoie. “Two weeks went by before we could go in. When we got through, I recognized one of the bodies as a French-Canadian Sergeant I knew; he had prayer beads around his neck. Prayer beads are very important to French-Canadians, so I knew these must make it home to his family.”

But there was something off about the beads that prevented Lavoie from making the final call on whether or not to send them to the family of the deceased.

“They smelled like death,” he said. “I soaked them in creolin for two days. I ended up sending them to my superior, with a note that said to do with them what they thought was best because they still smelled like death to me.”

Lavoie was among the many veterans who attended this year’s ceremony, honouring the attendants with a reading of the famous World War I poem “In Flanders Fields” by John McCrae.

“I soaked them in creolin for two days. I ended up sending them to my superior, with a note that said to do with them what they thought was best because they still smelled like death to me.”

And though the ceremony bore resemblance to previous years, this one was marked by Ottawa police armed with automatic weapons. Two officers stood by the northeastern entrance to the marketplace, a chilling reminder of the threat against the nation’s military only a few weeks ago.

The meaning of Remembrance Day was encapsulated in the ceremony’s opening statements made by Algonquin’s president of the Student Association, Christina Miller: “We gather today at Algonquin College to honour the memory of our parents, grandparents, friends and relatives who gave of themselves in wartime, so that we could live in peace,” began Miller. “It is thanks to their courage that we are able to live freely and enjoy all the wonderful benefits of living in Canada.”

A Wall of Honour displayed some of the many faces of those who have served and died in war. A table in front sported a soldier’s helmet and a photo of the late Cpl. Nathan Cirillo. One by one, the soldiers filed by to salute the wall and place their poppy on the table as a sign of respect.

Despite the horrors of war, Lavoie and Warrant Officer Luc Taillon agreed that in order to survive war, one must look for the positives.

“What ultimately keeps you going is your comrades,” said Taillon. “If you stop and think, you will get sick quickly. Your platoon are your teammates; they are there to keep you organized and support you.”

For Lavoie and Taillon, the decision to join the military did not require deliberation.

“You’re in a Catch-22,” says Lavoie. “No one wants to fight. No one wants war. But if you sit by and do nothing, nothing will change.”

Remembrance Day holds a special place in the hearts of millions of Canadians, and the events of last month only served to reinforce its importance.