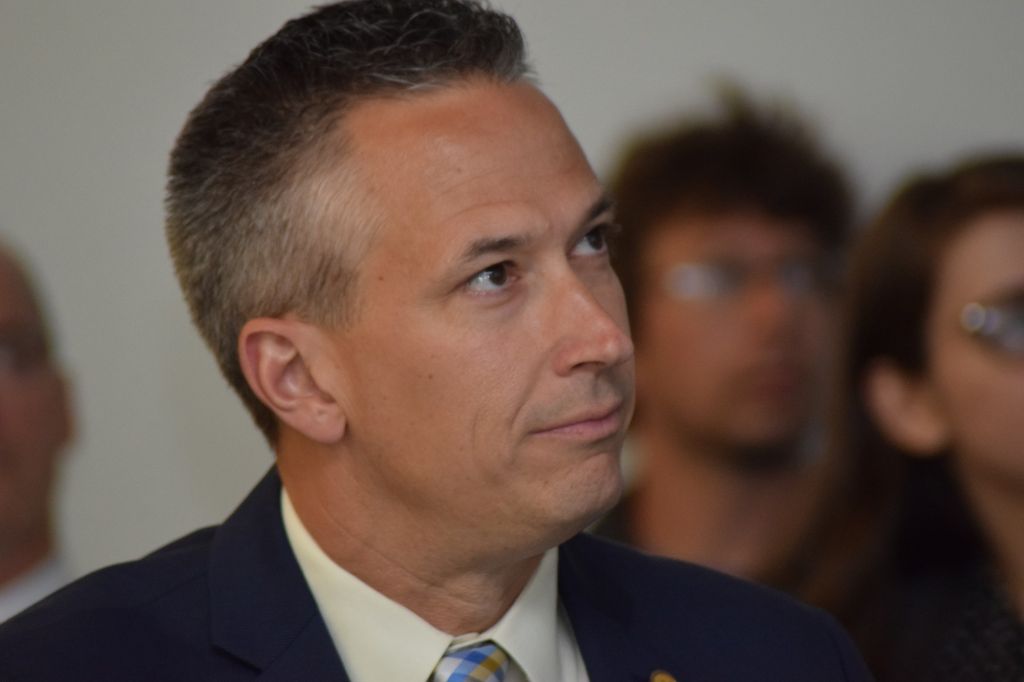 The lengthy college faculty strike will wind up costing the college more than it saved from not having to pay salaries. Duane McNair, vice-president of finance and administration, watches a presentation during a Board of Governors meeting on June 12, 2017. (Devyn Barrie photo)

The college underestimated how much money it would lose issuing tuition refunds post-strike by more than half, with an actual loss of $8.1 million instead of the projected $4.5 million.

The mounting costs of the record 36-day strike academic strike in October and November were outlined in a second quarter financial report authored by Duane McNair, vice-president of finance and administration, given to the Board of Governors on Dec. 11.

A presentation by Grant Perry, acting director of finance and administrative services, showed the college expects to spend a total of $14.9 million because of the strike. That number will be partially offset by savings resulting from the strike so the college projects a net loss of $6.7 million.

The full extent of some cost factors, such as the student strike relief fund, had yet to be determined — meaning the final net loss could change.

Perry reported that 2,031 students had withdrawn by the Dec. 5 deadline and in a follow-up email to the Times said about 25 per cent of them are expected to return for the winter semester. The final tally of withdrawals reported to the province was 2,063, said Chris Lackner, a college spokesman.

The Times asked for the total withdrawals for the previous year’s fall semester, but Lackner said they would not provide an accurate comparison.

“Due to the unique timeline and situation in 2017, there are no dates (and) numbers that line up to provide proper context and comparison,” Lackner wrote in an email. “The province and provincial registrars are still undecided as to what comparison measurement makes the most sense for all colleges to apply.”

Losses from the strike and the unrelated costs for the college to cancel its Saudi Arabian campus combined to create a double-whammy hit to the college’s estimated budgetary surplus. Instead of $5.7 million, as projected in the first quarter, the college now expects to have a surplus of $2.1 million by the end of this fiscal year.