Group brings abuse into the light 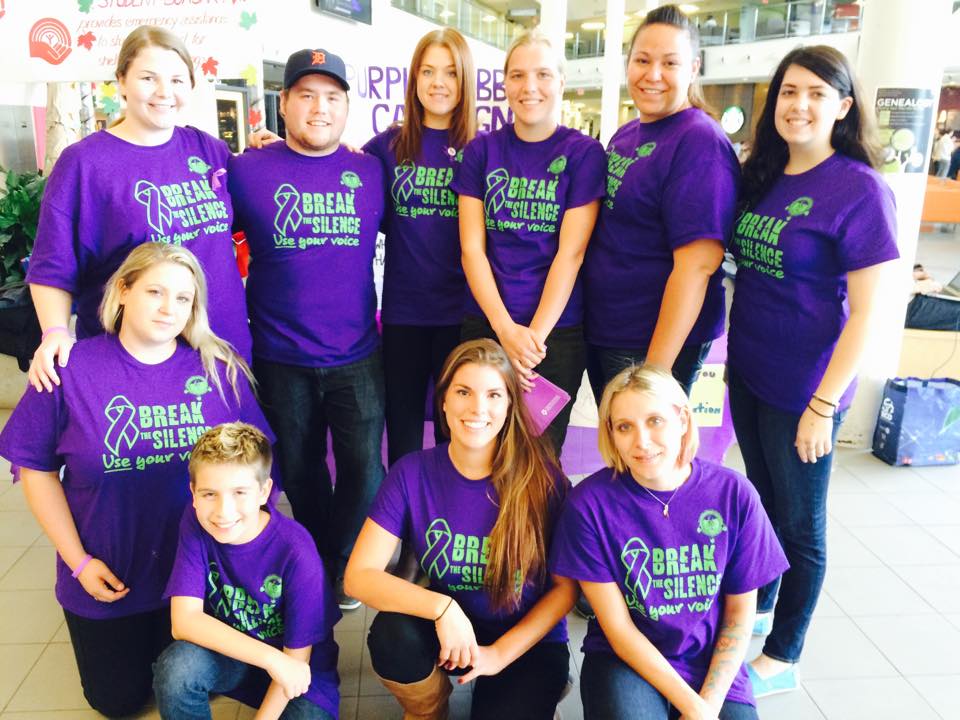 While the Children’s Aid Foundation received $835.39 from the child and youth worker program at Algonquin, on Oct. 30. The campaign had an impact on not only the foundation, but on the hard working students who ran it too.

“October is an awareness and prevention month for child abuse, but it’s also for all forms of abuse,” said Dominique Murphy, the class representative for the third year child and youth work program.

For the past month of October, the third year class of the child and youth work program worked hard to make an impact on campus.

Vicki Grisim, professor and coordinator of the child and youth work program, said that the campaign wasn’t about raising money, but about spreading awareness.

“The students set up stands around the campus to spread awareness and the money was all donated,” said Grisim.

Murphy explained that their large class of 84 third year students, split up into eight groups organized and ran different awareness campaigns across campus. They were located in the Student Commons, the J-link and outside the bookstore.

“Everyone stepped up and did their part,” said Murphy. The student groups put up flyers, got Jump Radio involved, ran raffles and many of the groups, including Murphy’s group, offered treats to people who donated or simply listened.

“It was a nice gesture because the topic of child abuse is quite heavy, and it’s quite daunting. So we tried to make it as intriguing as possible,” said Murphy.

Aside from the challenges of running and organizing the campaign, the students had to deal with the pressure of having to discuss prevention of child abuse with complete strangers.

“It was absolutely challenging to get people to want to hear about child abuse, and when you hear ‘child abuse’; that’s a pretty sad thing and a heavy conversation to have with someone. It put us in an interesting situation because if we’re mentioning this in the middle of school we run the risk of triggering someone who may have been a victim of violence or has been exposed to some form of violence,” said Murphy.

Overall, it was a very educational and successful experience for the third years.

“It was a real eye opener,” said Grisim.

“It was definitely rewarding and it was challenging,” said Murphy. She explained that because of her program, her and her classmates are used to dark and heavy topics.

“After a while topics like violence, abuse and neglect, unfortunately becomes part of our daily lingo. It was interesting to remind ourselves that not everyone thinks about this stuff all the time and not everyone is as aware of it as much as child and youth workers and social workers are.”