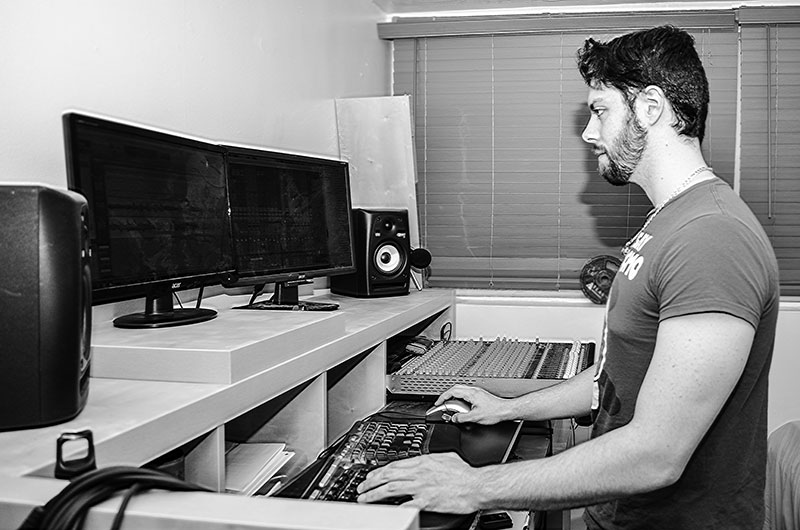 Jason Deley, 24, graduated from Algonquin’s music industry arts program. Although he technically works in his field of study as a self-employed producer, it does not provide Deley with a sustainable income.

Algonquin is boasting a high graduate-employment rate of 90 per cent. But some graduates are wondering where those jobs are.
Algonquin’s graduate-employment reports are released annually as part of efforts to collect and report data from Ontario’s colleges. The school’s website still uses the 90 per cent rating despite the last two reports stating the percentage to have fallen to 85 over the past two years.
Jennifer Jarvis, Algonquin’s employment outreach officer, says that the reports only reflect a fraction of the data.
“The reports used to be mailed out to high schools in the Ottawa and surrounding area for guidance counsellors so that they could use it as a resource for students considering program areas, and what some of the outcomes were. So this is not the be all and end all, because it is just a survey. But it is an indication,” said Jarvis.
Algonquin’s website lists the report as one of six different areas surveyed under the Key Performance Indicators (KPI) initiative, part of the Ministry of Training and Ontario’s colleges efforts to develop a process to obtain client feedback on post-secondary programs. However, the numbers can be misleading as a noticeable percentage of graduates do not respond to the survey.
For example, in Algonquin’s graduate-employment report of 2011-12, the number of graduates in the graphic design program was 67. The number of graduates who responded to the survey was 40, and the number of individuals employed in their field was 18. For some programs that have up to 80 graduates, the survey may only reach 40 or 50 of those graduates. What the 90 per cent rate is based off of is the number of graduates who respond to the survey and answer that they are employed; it does not matter what field they are employed in.
Jason Deley, 24, took the Music Industry Arts program to find himself working as a supervisor for Millenium One Solutions, a call centre. Jason chose the college because it was close and offered a very specialized program that suited his interests. Jason was cautiously optimistic over Algonquin’s 90 per cent employment claim, but found out after graduating that there were few to no jobs in his field and that he would have to pack up and travel far to have a chance at working in his prospective field.
Currently, the survey is conducted by telephone, a method which Jarvis says is being looked into to see if alternatives are feasible and could produce a better response. The reports, dating back to 2003, can be found on the school’s website.