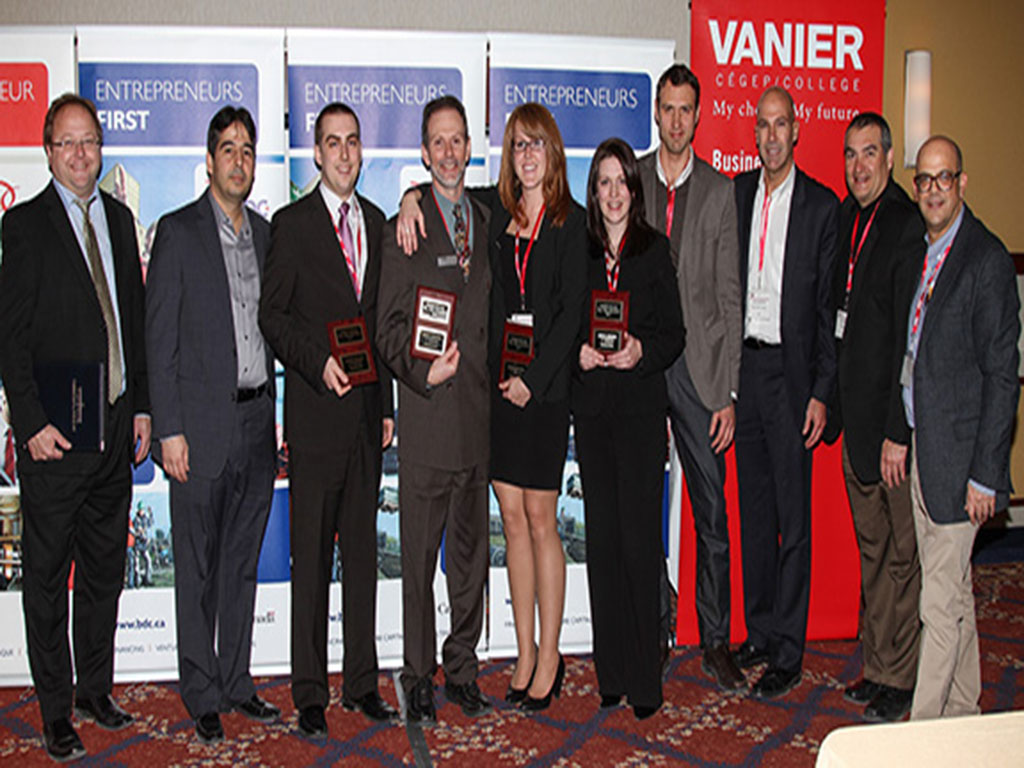 Algonquin brought home the gold for the first time in the seven years at an annual business and marketing case challenge held in Montreal, Que.

Since opening its doors to participations outside of Quebec, Algonquin has competed in the Business Development Bank of Canada case challenge.

The challenge is structured to push students around Canada to develop business and marketing strategies for new or up-and-coming businesses and products.

Small teams of students are given a situation and must develop solutions. They are given three hours to construct their plans and the only tool that they are allowed to use is their brains.

No internet, no cell phones and no text books. After the three hours the students present their ideas to a panel of judges. All participants are given the same case to study.

Algonquin has competed in the BDC case challenge for seven years, placing more years than not. However, until the team of Jenna Collins, Tara Sisson and Andrew Thomson, the school had never seen the gold.

“There is something special about Tara, Jenna and Andrew. Some of those things it’s hard to put your finger on,” said Bill Garbarino, business professor and case challenge coach. “I knew right away that was a team that had all the raw materials to go in and do an amazing job.”

The three students, all graduating this year, took on the extra challenge preparing themselves for the competition through biweekly training session and extra home research, all the while balancing school work on the same plate.

The team was put through a four week training power session with Garbarino and Ian Anderson, professor and coordinator at the college.

Garbarino’s training tactics involved preparing students with the cases that were seen in previous years, giving them a taste of what they were up against.

Anderson on the other hand, threw the curve balls at the team. He would send them case challenges from the Ivey League schools to practice their skills and be ahead of the game when it came down to the competition.

The team is proud of their win and will carry the skills that they learned into future careers. Collins feels that she has benefitted from this experience.

Hoping to start her own painting company, Collins feels she will be able to apply the skills that she has learned in the program and throughout the challenges to her advantage.

“It gave me so much more than I ever could have anticipated,” said Collins. “It’s going to help me with whatever I do.”

For now, the team in their coaches are still in awe at their success. Bringing home the first gold medal for Algonquin in a competition against the best of Canada’s best business students is certainly a marvelous victory.

“I feel like a celebrity,” said Collins. “Up until we heard our name, I didn’t think we’d made it.”