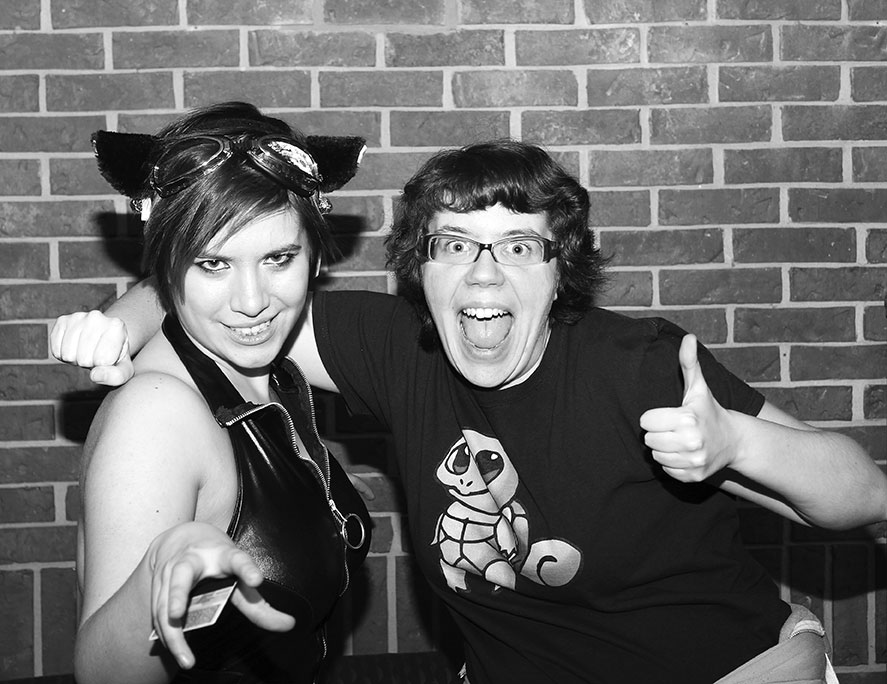 The “PokeRap” isn’t usually the kind of music that fills the Observatory, but when gaming enthusiasts hold an event, it becomes an entirely different atmosphere.

Friends and fans alike sat around television sets situated around the room and enjoyed an evening that revolved around video game references and cult classics.

On Tuesday, March 4 the introduction to concept art students held their Fandemonium fundraiser that featured events such as a
costume contest, an art auction, video games, and even a custom-made Jeopardy game.

The fundraiser’s goal was to raise money to allow the class to take a trip to Steambot Studios located in Montreal on March 13.

The event charged a $5 cover fee, and despite being held on a Tuesday night, about 40 people took part.

The trip as a whole is expected to cost $4,000, but the class has been given half the funds they need by the Students’ Association, and they have been able to raise more money through a bake sale.

According to Mary Ellis, the new program co-ordinator, the class will go to Steambot Studios for a tailored workshop from the three artists that run the business: Sébastien Larroudé, Joël Dos Reis Viegas, and Kristy Tipton.

The studio also gives a seminar in New Orleans. The workshop will consist of a breakdown of the industry and what it’s like, as well as what it’s like to be starting out. It will also provide a live painting demonstration, showing students the different parts of the painting each artist takes part in.

Although the concept for “Fandemonium” was a collaborative effort between
the whole class, the main two hosts of the evening were Emily Paul, known to friends as “Scotty,” and Grace Bumstead, known as “Blue.”

The main event of the evening was the Jeopardy game, for which the categories were Pokémon, comic book movies, Harry Potter, Disney, and general science fiction. It featured questions such as “Voldemort could not love because-” for which the correct answer was, “He was conceived under the effects
of a love potion.”

The other events, such as the video games, art auction and costume contest ran throughout the majority of the night.

When people wanted to pay for video games, they were able to put their coins in either the Batman or Superman jars.

Although not everyone took part in the costume contest, some of the costumes people wore included a Catwoman outfit, Link from the Legend of Zelda, Emperor Palpatine from Star Wars, and a Wii fit instructor.

The winner of the costume contest, Emily Paul, was given a concept art book from Steambot Studios.

The art auction was made up of pieces donated by students and professors in the program. Many of the donated pieces were digitally made, with the exception of two acrylic paintings, a plush companion cube from the popular video game Portal, and three original small sculptures.

“It’s a great program, because it’s about starting your own ideas,” said Bumstead. “Animation is about finishing other people’s ideas, whereas design is more about creating your own. Joss Whedon is the creator of his shows, and he started everyone who works on them off.”