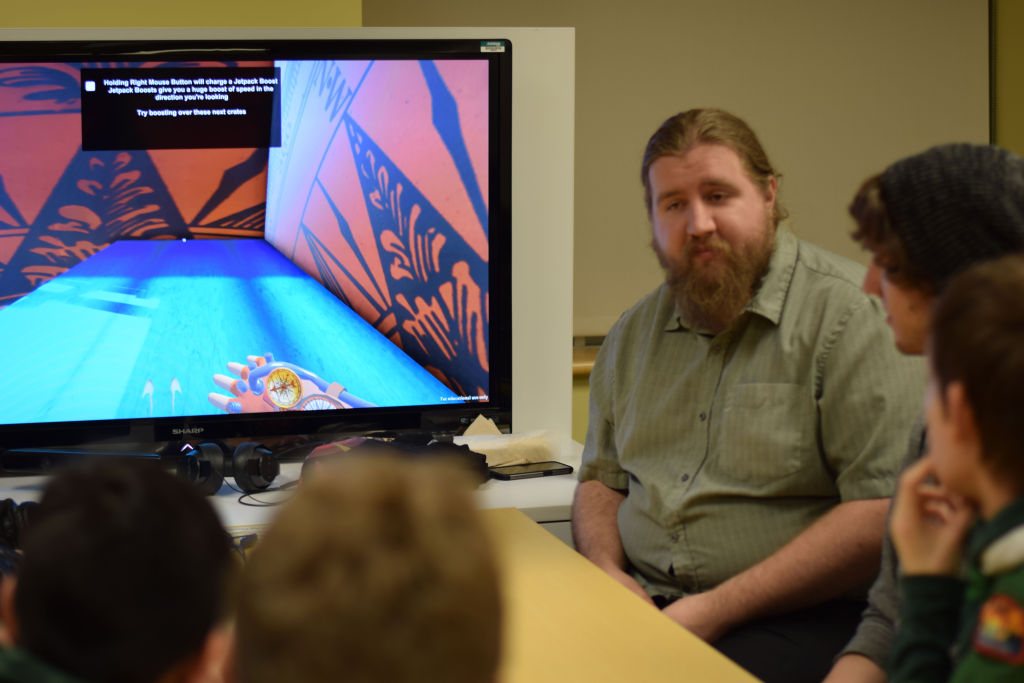 Students in game design, animation and computer science programs will showcase games they’ve created to over 2,000 attendees at Design Exchange in Toronto on April 6.

Third-year game development students from Algonquin will participate among colleges and universities from throughout Canada in the Level Up Showcase, marking the fifth anniversary of the annual event.

Dushan Horvat and Jodi Tilley, professors from Algonquin’s game development program, are coordinators of the event and will be attending with the students.

With sponsors like AMD, Ubisoft Toronto, Microsoft and EA it’s evident that the powerful game industry that resides in Toronto is paying attention.

Local media, gamers and studios have all shown a presence at the event in previous years and, Horvat says, that the showcase is a big influencer in the eyes of future employers.

The event has seen many successes in the past and has put Algonquin’s game developing students on the map by spotlighting games like Project Orion.

Project Orion, created by Algonquin’s very own, is a space combat simulator in the same vein as Elite Dangerous or Star Citizen. Project Orion features mission based combat that won awards at the showcase in 2014. Since then, Project Orion has been greenlit for eventual release on Steam.

One of them is the team behind Revolt, a single player first-person game with cityscapes inspired by the likes of Assassin’s Creed.

An important aspect about the game development program at Algonquin, to Horvat, is the fact that everything from coding to asset creation, excluding the engine, is done by scratch.

Participating students are “very excited about [Level Up],” says Horvat. “It’s a once in a lifetime opportunity.”

It’s important to note that while developers may participate in many other events in the future, Level Up is only available to students – making it truly once in a lifetime.