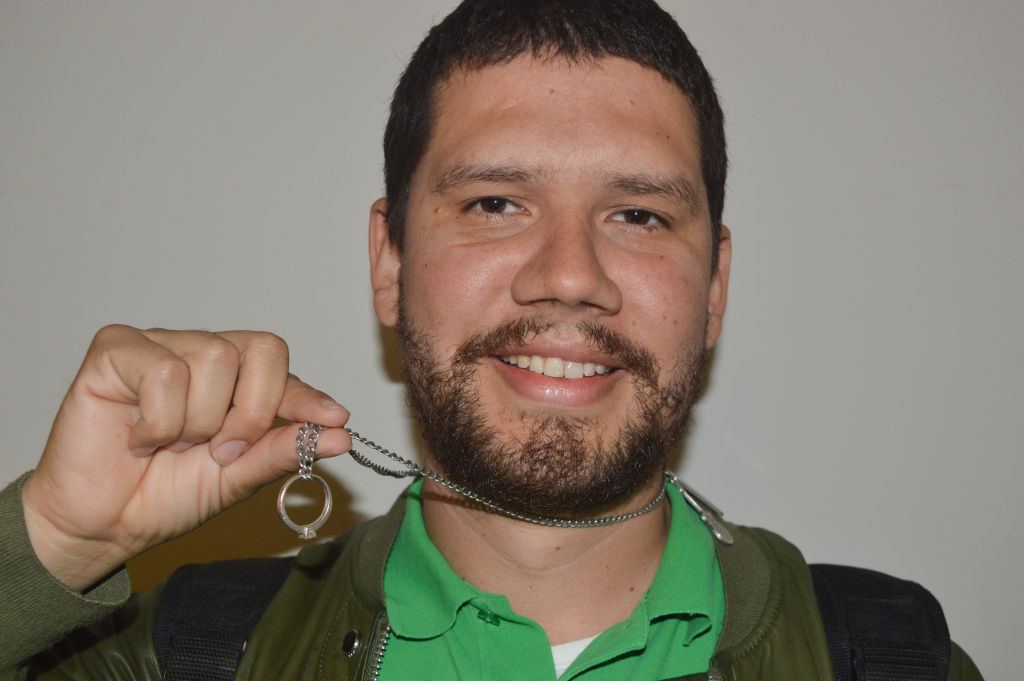 So says first-year Algonquin international student Diego Fernando Castro Hernandez, who just moved to Ottawa from Colombia over a month ago.

Castro, 32, a student in the English for academic purposes program, had never left his country in his life. He decided Canada would be the place he would move to, hoping one day to locate his wife and two children over from Colombia.

Like so many other international students, the move to Canada has been hard on him. He does not know when he will be able to permanently move his family from Cali, the capital of Valle del Cauca, on the western side of Colombia.

Castro has to go through a long process of school and signing forms to be able to work in Ottawa as a nurse, which will take a minimum of three years, according to Castro.

Castro’s wife, Ximena Bonilla, 29, worked in Colombia as a nurse with Castro in the same hospital.

“In Colombia, her work won’t let her visit for more than 15 days,” said Castro.

Castro and Bonilla have been married since June 2015. They have been common law for five years.

They have two children together, Juan Manuel Ortega, 7, and Gabriela, 18 months.

“His wife and kids miss him very much,” said Juan Camilo Castro Hernandez, 22, Diego’s younger brother. “And our parents, too.”

“My daughter has been getting sick recently,” said Castro. “She doesn’t eat. She doesn’t sleep. It makes me sad that I can’t be there.”

“But I talk to her a lot on Skype. Sometimes I sing her to sleep.”

When Gabriela was born, Castro made the decision to move to Canada.

“I told him to go to Algonquin,” said Zulma Hernandez, Castro’s aunt. “I told him there’s lots of opportunities for nurses in Ottawa.”

In Colombia, Castro worked two jobs as a nurse at the Miocardio clinic and the Imbanaco hospital, in the intensive care unit.

Castro also worked as a university professor for the nursing and trauma course at Libre University in Cali, Colombia for one semester.

While his situation is unfortunate, Castro remains positive.

“Colombia is very dangerous for children,” said Castro. “My dream is for my kids to live here with me.”