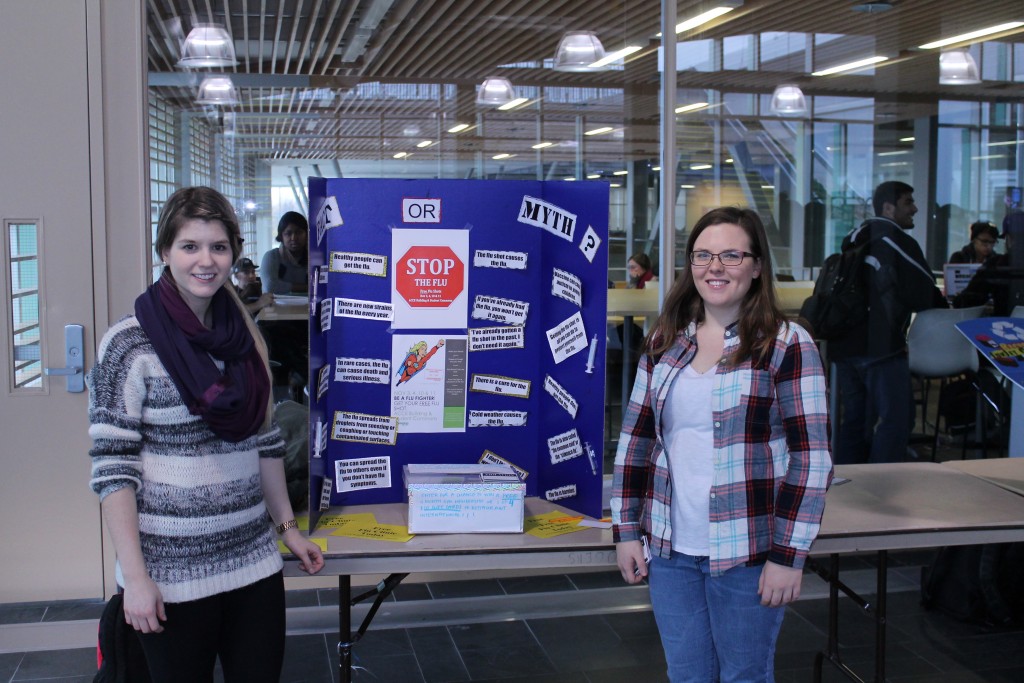 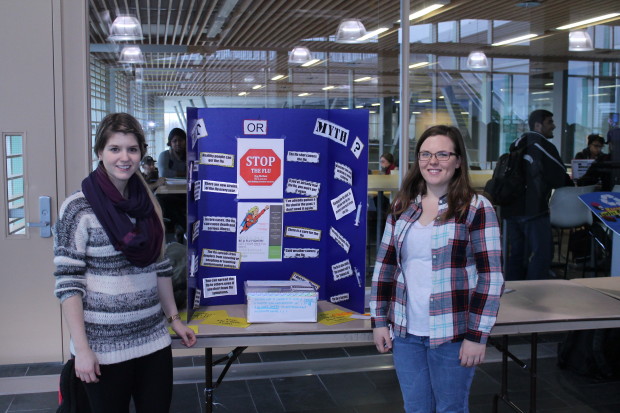 Nursing and dental hygiene students teamed up to provide free flu shots to the Algonquin community during the first two weeks of November.

Facilities were set up in both the ACCE and Commons buildings where fourth year nursing students would give the shot. Participants were asked to fill out a quick questionnaire to see if they were eligible for the flu shot and then seen by the nursing students within a few minutes.

“There are a lot of people that can’t get the flu shot because they are allergic or they’re too young,” said fourth year nursing student Katie Dittburner. “So, by getting the flu shot we are protecting everyone around us.”

The shots were given out on Nov. 3, 4, 10 and 11 between 9 a.m. and 4 p.m. Nursing and dental hygiene students organize this event together every fall. According to fourth year nursing student Kelly Gillen, this year’s event broke a record.

“We broke a record (on Nov. 3) with 500 shots in one day which has never been done before at Algonquin,” Gillen said.

After receiving the shot participants were asked to wait for 15 minutes in case they had an allergic reaction or felt dizzy.

The flu season usually picks up in November and continues through the winter season. Thousands of people miss days of work and many are hospitalized because of the flu.