Finishing on the wrong foot 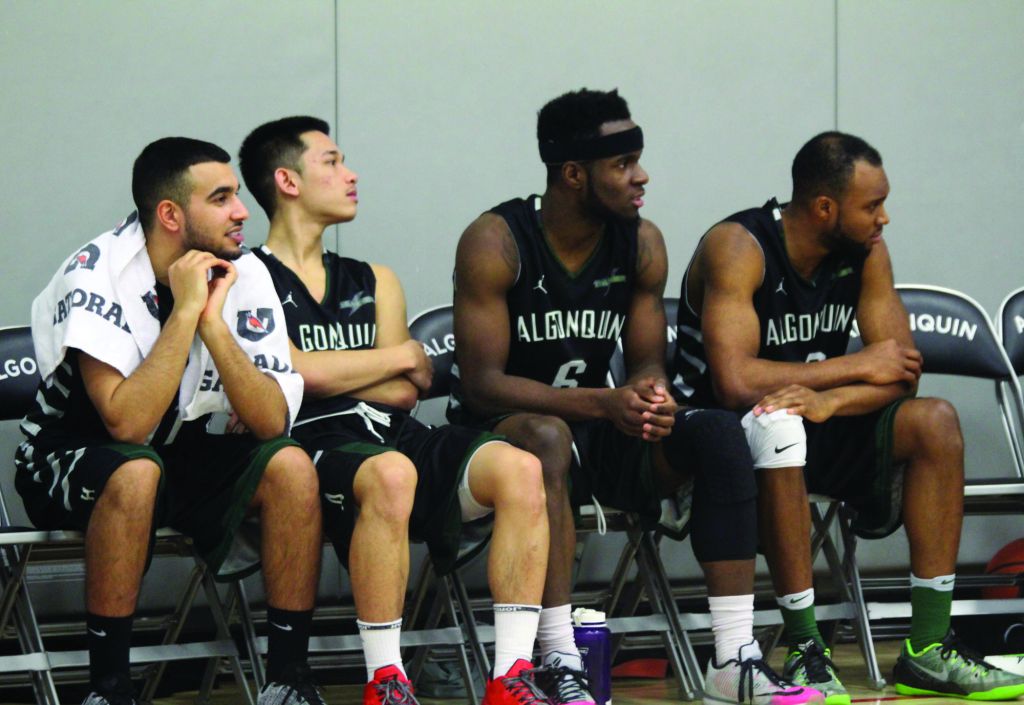 The Algonquin men’s basketball team lost its final game of the regular season after falling 75-57 to the Seneca Sting on Feb. 18.

Coming into the game, both teams had already secured their respective spots in the OCAA playoffs, so the coaches used it as an opportunity to spread minutes and get all their players in the game. But for Thunder head coach Trevor Costello, the outcome revealed one thing in particular.

“Everybody got in, everyone played and we got tons of minutes for our team,” said Costello. “But still, it was not a very good performance. There are a lot of guys that wanted to play, guys who are always asking why they don’t get to play, but if you look at the way they did tonight it just showed why.”

It was Algonquin’s division-leading seventh back-to-back of the season, after a heart-crushing 79-76 loss to Centennial in a playoff-like atmosphere the night before.

“We felt fatigue from the first game,” said Thunder forward Zerious Loney. “We didn’t execute on offence and we didn’t do a good enough job defensively. They have a lot of size mismatches, but we still need to do a much better job boxing out.”

The difference in rebounding played a significant role in shaping the outcome of the game. The Thunder got bullied on the boards all night long, with the Sting coming out with an astounding 52 rebounds compared to Algonquin’s 29 in total.

In fact, Seneca had even more offensive rebounds than Algonquin had on the defensive end, which is something the Thunder players know can’t be a common occurrence.

“For me the biggest thing for us is rebounding,” said Thunder guard Kristian Charette. “People say defence wins championships, but I think rebounding is the most important thing. Sometimes you’re not going to make shots, but the more you get rebounds the more shot you get to take, the more chances you have to win the game.”

Charette ended the game with a team-high 16 points as the team’s only double-digit scorer. Overall, the team struggled offensively, shooting a season low 30.3 per cent from the field and only 29 per cent from beyond the arc in what was Algonquin’s second-lowest offensive output of the season.

The loss brings Algonquin to an 11-9 record to end their regular season, which leaves the team in fourth place in the east division standings.

That qualifies them for a playoff matchup against the Redeemer Royals in the crossover game on Feb. 25 at Algonquin Gymnasium. (See related story).