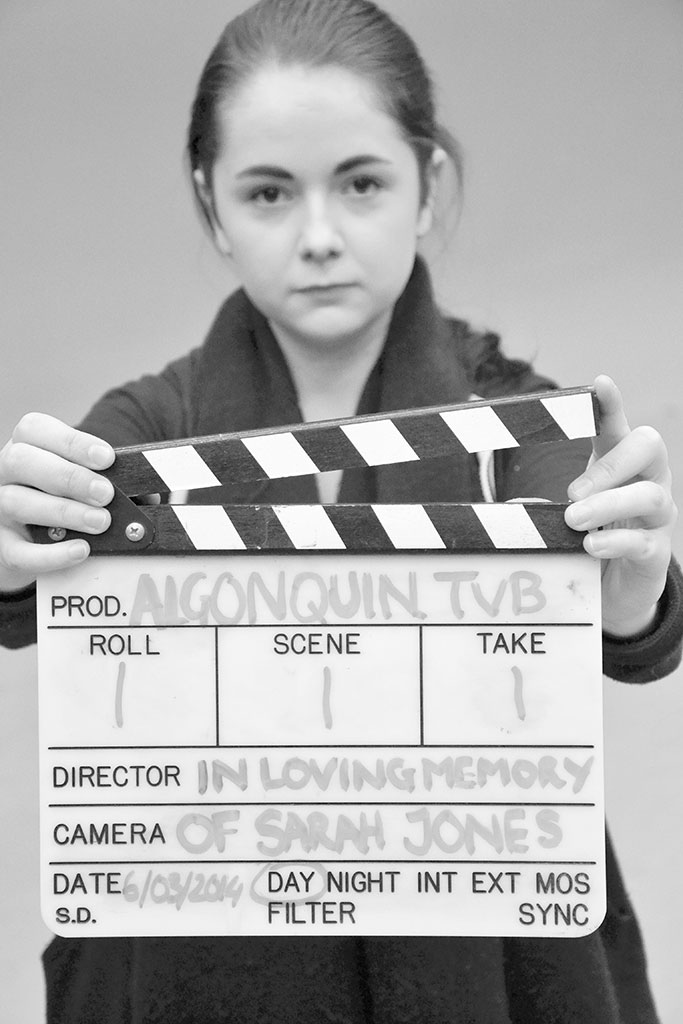 The death of a camerawoman on a movie set in Georgia has triggered tremendous support within the international film community and has led to the ‘Slates For Sarah’ movement, which has made its way to Algonquin.

Sarah Jones’ death is a result of unsafe working conditions as a train struck her on set.

Second-year television broadcast student, Tasha Wood, introduced the initiative to her colleagues in the program to honour a death in the industry.

The accident came at a time when second year students were learning about permits in school.

Attaining proper permits is an important focus in the program, and its absence is what led to Jones’ death.

“Obtaining authorization to film on public or private property, whether it’s a filming permit from our office or written consent from the owner if it’s private property, is extremely important,” said Stephanie Davy of Invest Ottawa.

“Most importantly, it means that no safety concerns have been identified, or if there were safety concerns, they were discussed and mitigated” she said.

Davy is the coordinator of Invest Ottawa’s film and television sector.  The movement involves taking a photo of slates with Sarah’s name or “In loving memory of Sarah Jones” written on it.  It has had a tidal wave affect with recognition on film sets all over the world and even the Oscars.

“Tasha brought this up so we could have a voice.”

According to Jeremy Atherton, a professor in the program, “students are encouraged not to push limits to get the shot.”

Wood and her colleagues did a ‘Slates For Sarah’ during the filming of their short film, “Artistic Integrity.”

Students had a lot to say about the incident within the realm of the film community as a whole.

Such tragedies can be the outcome of “one wrong move by one person,” said Brendan Schell.

“They say don’t do it, but give the thumbs up when no one is looking,” he said.

The concerns of Algonquin students pertaining to this issue echo the same concerns of the international film community.

“At a smaller scale, we deal with the same things,” said Schell.

Davy reminds students and others interested in the industry that, “like any other job, you have the right to refuse to work if you feel that the job will endanger your health or safety.”