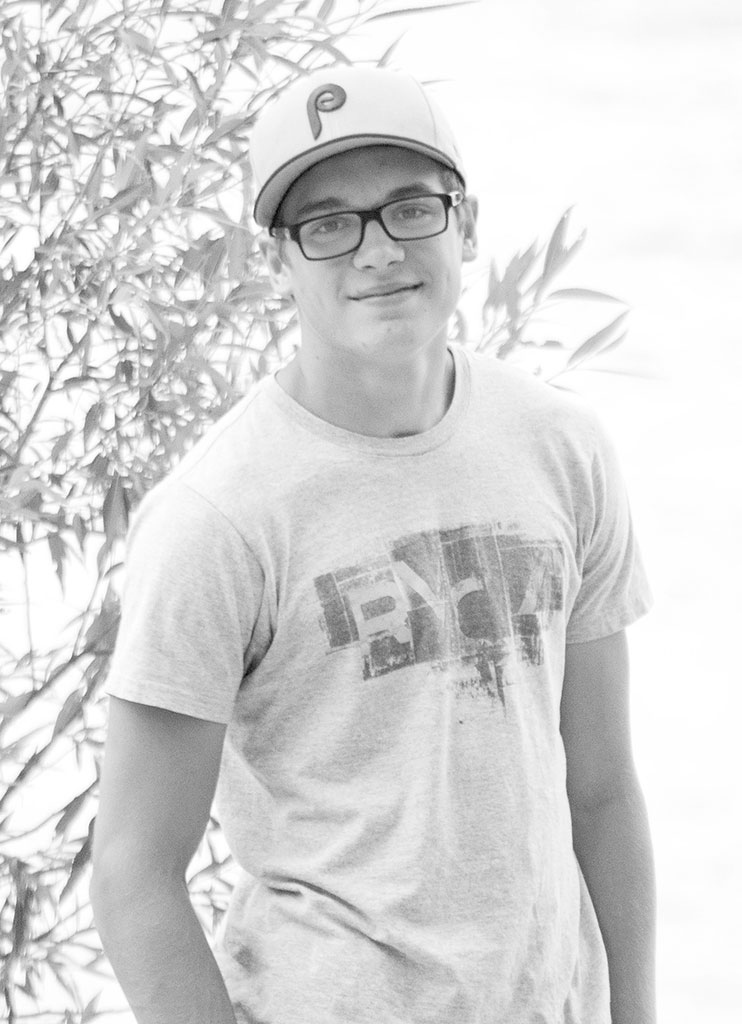 He was a brother, a son, a friend, and a teammate.

William Eddy-Duma, an 18-year-old mechanical engineering student who loved the outdoors and punk rock died after a car crash on Hwy 17 on Feb. 14. Other Algonquin students who were in the car were injured and treated.

“Nobody I’ve ever met has ever disliked him,” remembered Alyssa Eddy, Duma’s cousin. She shared this with another attendee of Duma’s funeral. The other’s response?

“No one can dislike him.”

Duma was the type of person who would be able to light up a room when he walked in.

Duma’s funeral on Feb. 20 was a celebration of his life, rich despite its brevity. There were seven stations that each celebrated something that he loved, ranging from his musical tastes, his love of different sports, and his life outdoors.

Duma’s Facebook wall is covered in tributes like this; loving memories of a well-loved person whose life was cut tragically short in a car crash on Valentine’s Day.

Matthew White wrote: “Never thought something like this could happen but only the good die young! One of the funniest and [most] genuine guys I’ve ever met! RIP brother, you’ll be missed.”

“Still in complete shock and can’t stop thinking about you, Willy. Never failed to put a smile on peoples’ faces. You left this Earth way too soon,” wrote Wrayanne MacDougall.

Duma grew up outdoors, according to close friends and family interviewed by the Times. A fanatic skier, biker, and skateboarder, he spent his time in the natural beauty that surrounded his home, whether it was on the hill, or in the lake. Every year, Duma and his extended family would head to Camp Clear Lake for vacation, said his cousin Alyssa Eddy.

This was where his family members have some of their fondest memories of him.

“I taught him how to catch frogs there,” said Eddy, sharing some of her early memories of her cousin. “Then he got better at it than me. And got little-boy cocky.”

“Growing up with Will was like having another brother,” said Sarah Eddy, another cousin. “He wasn’t your typical boy who hated family time, he really liked it.

“When he was younger he couldn’t stay the night without his mother, who he was extremely close with,” she added. “Eventually he outgrew needing his mom 24/7…but he still loved her just as much.”

Her brother, Jan Michael agrees, saying that although Duma was his cousin, he always thought of him as a brother.

Here at Algonquin, Duma didn’t change much from the person he was back home, according to his family. Being assigned to a random roommate, always an anxious situation, didn’t seem to affect him. He first met his roommate Shayne Pierce Loughren, a student in the radio broadcast program, over an email exchange set up by the college.

“He was an easy guy to get along with,” said Loughren, who spoke at Duma’s funeral over reading week. “He went from a complete stranger to a best friend in no time at all.”

They bonded over their shared interests of skateboarding, Rage Against the Machine, and the Red Hot Chili Peppers, Duma’s favourite bands. Duma’s Rise Against the Machine flag is still hung up in the common area of their dorm room.  Always enriching the playful roommate banter between the two was Duma’s light-hearted teasing about the difference in workloads between the two roommates’ different programs.

“He wasn’t just book-smart,” said Loughren. “He was also clever, witty, and very deep. It was one of the first things I noticed about him.”

“He was way more mature than any other 18-year-old I know.”

Duma died in the crash, along with driver Meghna Atwal, on Highway 17, near the town of Laurentian Hills as they hit an oncoming transport truck.

Although there were other Algonquin students involved in the crash, the Times was unable to obtain any information concerning them. However, the Times was able to confirm they are recovering.

The investigation was ongoing as of Feb. 15.