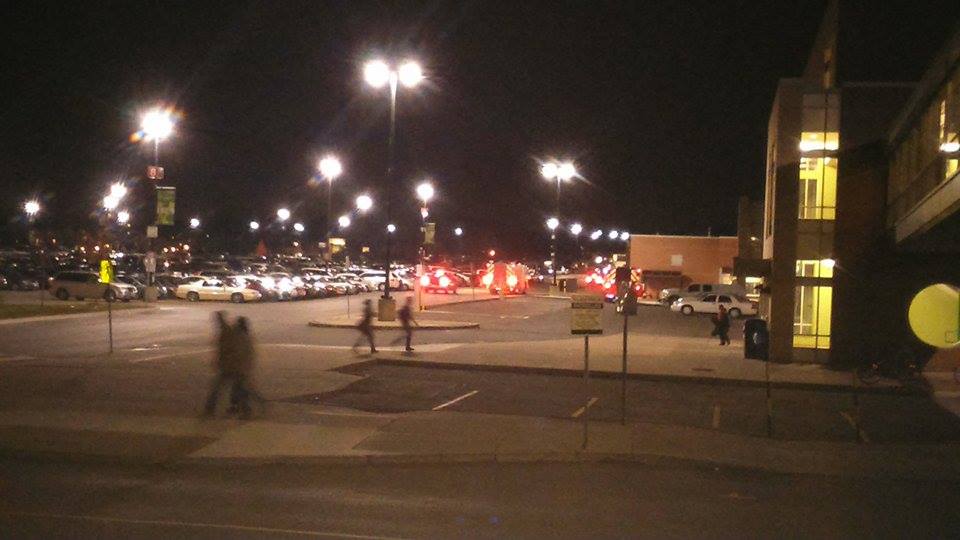 Nov.3 – Students situated in P building at the Woodroffe campus were evacuated from the building after a fire alarm was set off on Monday evening.

Firefighters were on location at approximately 6:30 p.m., investigating the building for possible fires.

Students grouped together on the sidewalk bordering parking lots 8 and 9 while firefighters entered P building.

It was discovered that the incident was a false alarm and students were permitted to return to classes shortly after.

Security would not comment but confirmed students could enter the building.

Classes were not cancelled and no students were injured.