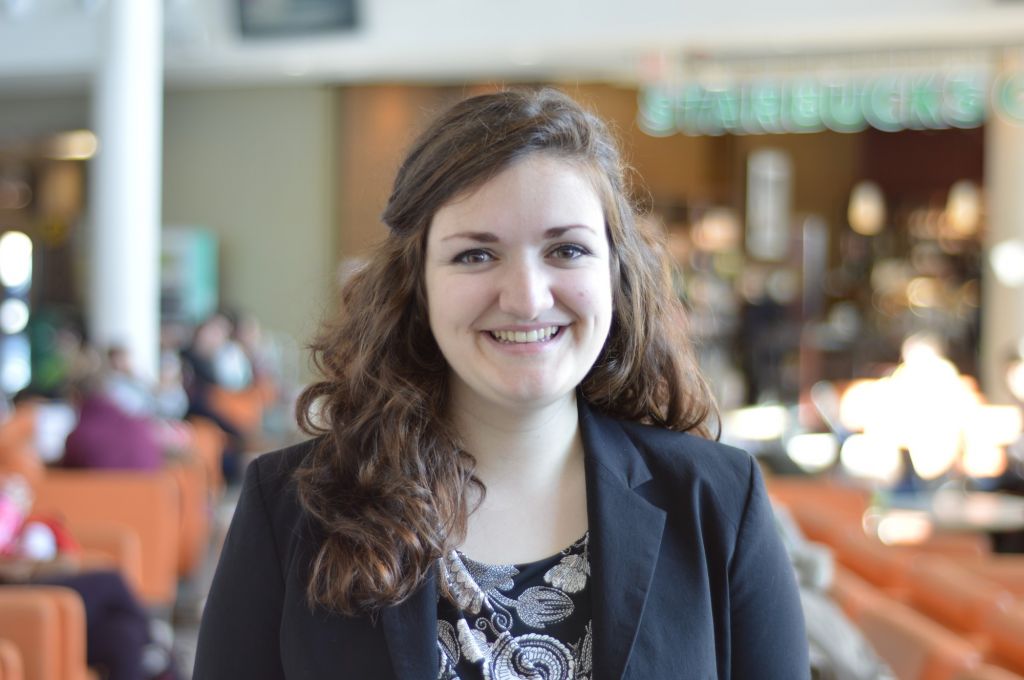 Being Catholic means I live my life differently than many college students do.

St. Patrick’s Day recently came and went and while many spent their nights getting wasted, I spent mine with a group of high school students running their weekly youth night at the church where I’m employed.

While non-Catholics may acknowledge days like St. Patrick’s or Easter, it seems religion itself has a negative connotation.

But to me, religion isn’t about following a set of rules and being punished for breaking them. It’s about a God who loves me in spite of my failures and imperfections.

But I didn’t always believe that God loves me.

I was raised Catholic. I went through the motions of going to church on Sundays, but frankly I cared more about the doughnuts I’d later enjoy with my family after church. When I was 12, my grandfather was in the hospital and I worried for his life. Although he lived through it, the experience brought me to a realization:

Some day I’m going to die and I will be going to one of two places. I then asked myself where it was I wanted to go.

The age of 12 also saw many challenges. I went to a weekly youth group at my church where they told me that God loves me, but I doubted it. I tried believing in God and praying, but it didn’t seem real. Over time, I grew angry.

I’d heard of Jesus for years but for the first time, things gradually started to make sense. I realized that God had sent his son, Jesus, to die for me. I started to hope in my seemingly hopeless situations and I began learning about the faith I’d been so lukewarm about for years.

But the journey wasn’t easy.

Although I went to a Catholic high school, I was unusual in that I was a regular churchgoer – and my friends all knew this. When a school trip was cancelled because it conflicted with Catholic beliefs, my schoolmates thought I was at fault.

But I lost friends, I was harassed and they even threatened my life. My faith was fragile and with every attack, it felt like it could shatter.

Soon after this had taken place, I found myself in an empty church where I’d been attending youth group – crying at the pain I’d been enduring.

I looked at the cross in front of me and remembered how angry I had once been at God. The pain didn’t disappear and I’m not sure it’s gone now. But when I saw the cross and Jesus on it, I heard a quiet voice say to me, “you are enough.”

The years that followed led me to unashamedly embrace my faith. I surrounded myself with people who understood and encouraged my beliefs. I now have meaningful friendships and a spiritual family that I wouldn’t trade for anything.

Now when I go through struggles, I don’t rely on my own strength. When anxiety and darkness plague my life, I hold onto a God who is more stable than anything around me.

My faith brings me joy in a world that sometimes seems sadder by the day. It gives me a reason to get out of bed in the morning and the drive to get me through a long week.

As wonderful as it is, I’d be a blatant liar if I said that being Catholic comes easily to me every single day. I’ve been called a homophobe, a bigot and anti-woman, among other things. When I hear people use the name of Jesus Christ in vulgar ways, I can’t help but cringe.

The world tells me that, as a woman, I should be more sensual and I’m not worth much more than my body. As a Catholic, I am shown that I have dignity.

Life might not be easy, but my faith gives it meaning. While it may be counter-cultural, being Catholic has changed me.

One day, I’ll no longer be here and I’ll go to one of two places. I can only pray that my decisions in life eventually bring me to the right one.