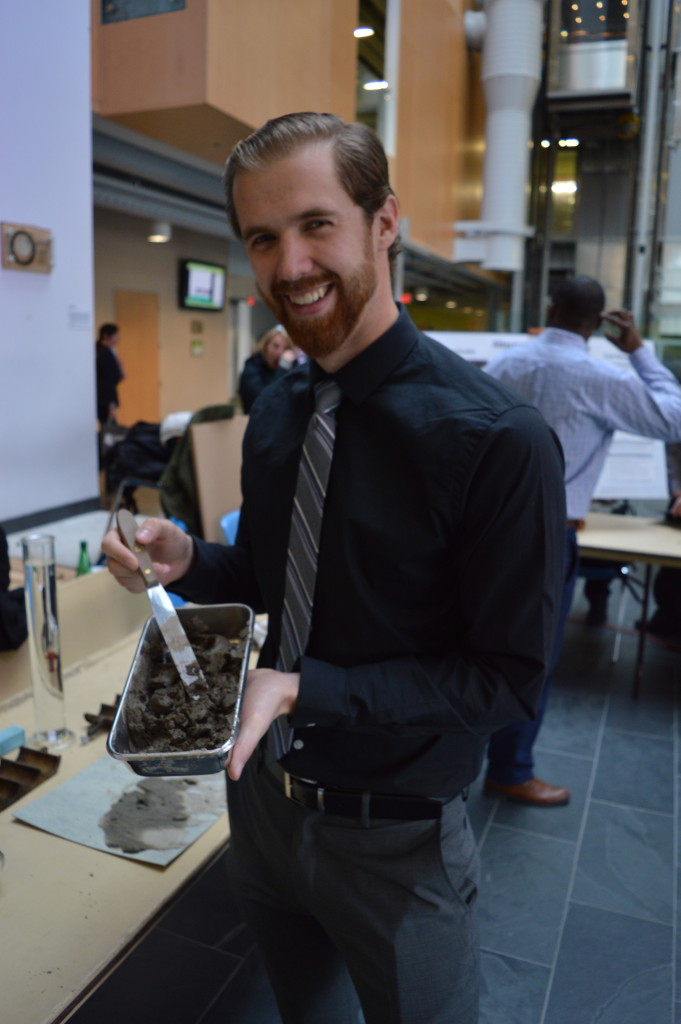 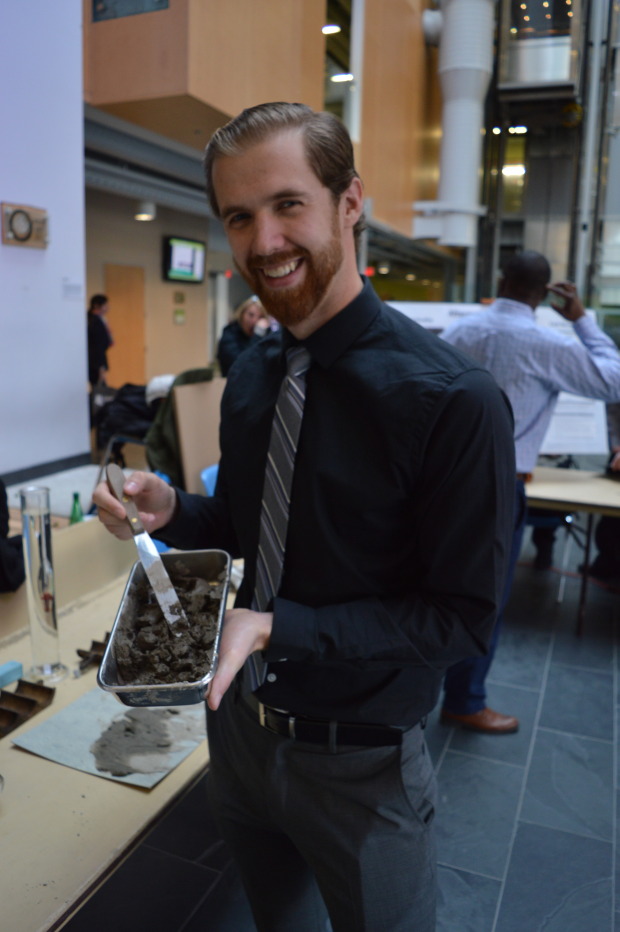 It just snowed and there’s ice and slush all over the sidewalk. The snowplows haven’t come by in a few days and you have to walk through a pile of the white stuff to get to the bus. Now imagine you could walk down the street in -30 degree weather a few hours after a snowfall and have your feet heated and your path completely clear.

That dream may not be far off if the city listens to some intrepid third-year Algonquin civil engineering students.

“We discovered that the cost recovery of using heated sidewalks downtown would be 15 years if you include the summer months,” said Dumouchel of the heated sidewalk system.

“It’s just a much safer system, much cheaper than the snowplow method, and the sidewalks look a lot better,” said Borbely.

The students were among a number of presenters at the civil engineering program’s twice annual tech fair in the ACCE building on Nov. 28. The fair allowed the students to show off some of the projects they’ve been working on for eight months or more to professors, students and industry partners.

“This is set up to give the students an opportunity to learn about a topic that they’re interested in,” said civil engineering professor Francesco Tangorra of the tech fair. “These projects are their calling card in the job interview room.”

The projects were mainly for grades, but some of the students also worked and got funding from companies who wanted studies done on certain technologies.

Steve Dickerson, Patrick Reid and Jonathan Stell got funding from Fractal Tectonics, a paving company, to work on a system that would allow the casting of paving interlocking slabs with space between each. This would allow water to permeate back into the ground instead of it being diverted to storm water drains.

“Storm water run-off carries a lot of pollution with it,” said Reid. “If it percolates into the ground instead of directly into the rivers, all the pollution stays in place instead of getting pushed into the waterways.”

With Ottawa’s suburban population rapidly growing, these students’ ingenuities would help with any potential municipal infrastructure issues that could arise in the future.