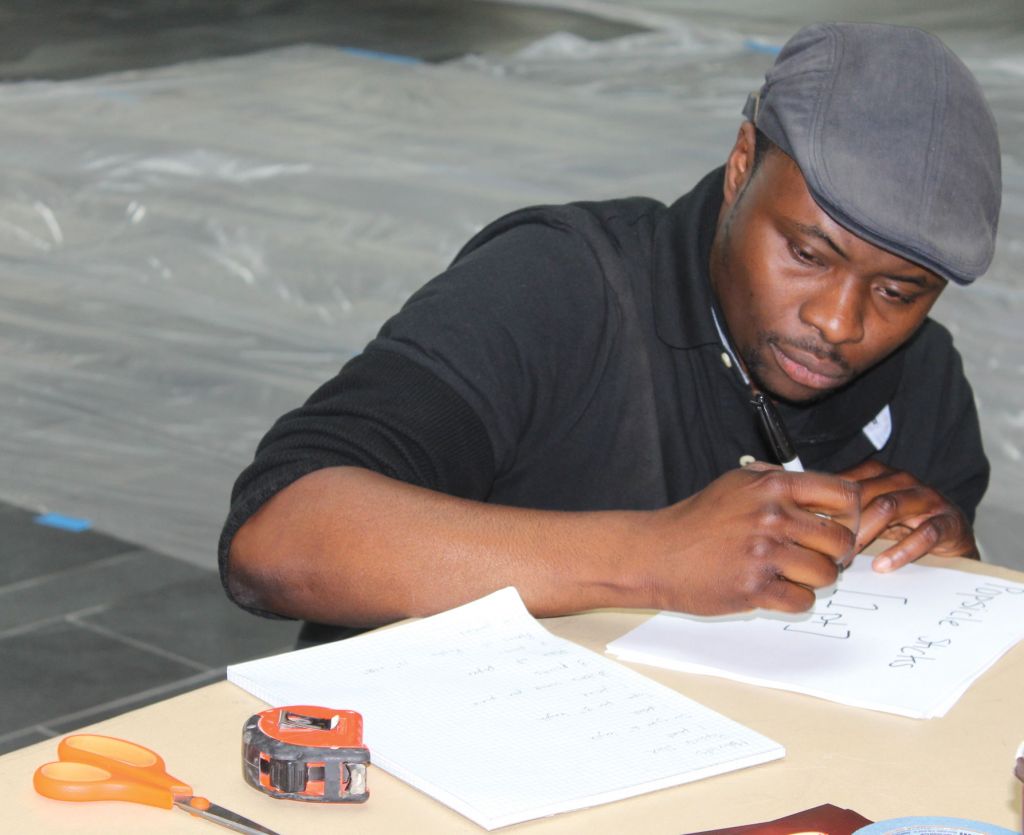 Diddy Petit-frere, a third-year civil engineering student, was one of the students who planned the egg dropping competition.

Students were scrambling to get cracking at making the perfect contraption for egg safety, Nov. 13.

Third-year Civil Engineering Technology students Diddy Petit-frere, Kyle Dumouchel and Peter Borbely hosted a two-storey egg drop as part of their end of term project, taking six weeks to plan and to get permission for the use of the space.

The contest was open to anyone, and participants came up with all kinds of ideas including parachutes made from plastic bags taped to popsicle sticks, a paper and bubble wrap coating and even some as simple as a drawn-on Superman sporting a parachute.

“It’s basically letting people have some fun and give people prizes,” said Dumouchel as he was setting up all the supplies. “They have to design something to keep (the egg) from breaking.”

Six groups participated and each one was unsuccessful in saving their eggs. Team Infinity, as they named themselves, consisted of three first-year electrical engineering students, Adam Paul, Erik Sein and Tim Glasgow. They won, but not because their egg didn’t break, but because theirs was the only egg to have the yolk still intact, despite being all over the floor.

“There was a lot of running around to do to get this done.”

The group did not expect a huge turnout but were pleasantly surprised when, by the time it was time to drop the eggs, 15 people showed up to participate. They were split up into groups of their choosing and gathered around the tables of supplies, trying to quickly build their egg contraptions within the 15-20 minute time frame.

“There was a lot of running around to do to get this done,” said Petit-frere. “We needed to get in touch with the building manager (to use the space), talk to the maintenance technician and then get prizes.” They consisted of three Tim Hortons gift cards of $50, $30 and $10, with the highest amount going to the first place winner.

Everyone enjoyed the opportunity to work with friends and throw an egg to the ground, even those who did not win were left in high spirits.

The project definitely turned out sunny-side up, and that’s no yolk.