Don’t forget to question the numbers 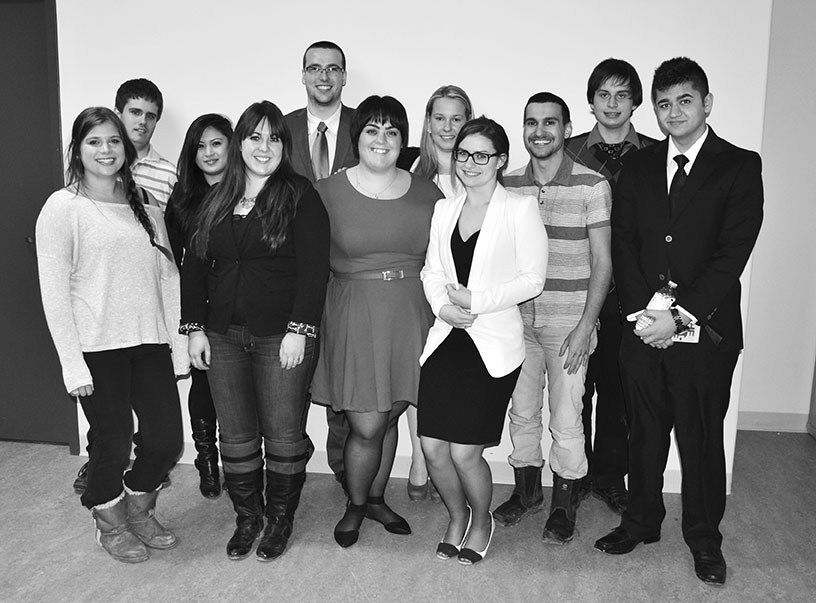 Current and future members of the finance club after a meet-and-greet March 3. All current members are set to graduate this semester.

Algonquin’s own finance club held a meet-and-greet followed by a question and answer session to welcome potential new members for next year.

The March 3event was held mainly as a means for the finance club’s board of directors, all of whom are graduating this semester, to meet the people interested in joining the finance club and to explain what the club does. They also offered prospective members advice for their education.

Despite over 30 people RSVPing to the event, only six people actually showed up to the light-hearted event, with Vicki Kotow, the president of the club introducing herself as “El Presidente” and Justin Benoit, another member of the club’s board urging the attendees to ask them hard-hitting questions like, “What’s your favorite color?”

Over the course of the question and answer session, the panel touched on a wide array of business-related topics such as networking tips for business students, the traits required to serve as a member of the clubs board of directors and other such things.

After noting the unexpectedly low attendance, the panel described the difficulties in getting people to not only come, but to stay for events. Various members of the panel related stories about the club spending sizable chunks of their budget on events, where people just came for the food.

“People didn’t care what we had to say or what we were doing. They just wanted to walk by and they just wanted candy.” according to Natalie Saumur, another student on the board of directors.

Despite the unexpectedly low attendance the club thought the event rather successful. Kotow was upbeat, stating that even though only six people showed, “Those are the people who are serious about the club.”

Kotow’s beliefs were confirmed by the people who attended the event. Julie Kazareczky and Caitlin Langlois, both business students planning on joining the club next semester enjoyed the event and said “I learned a lot.”

Another student, Hani Mansour, despite jokingly stating he was “dragged” to the event by Kazareczky and Langlois, said the panel “was very informative.”