From curtain call to weather room 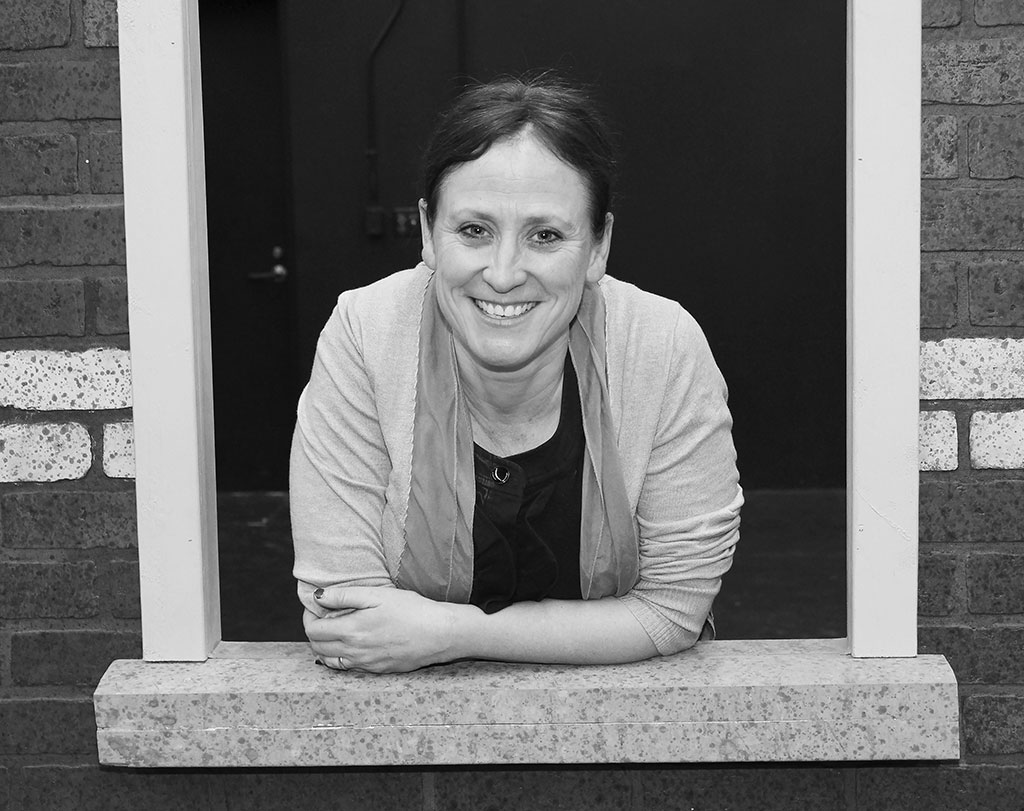 Teri Loretto started her academic career in acting. Her experience was perfect for the role of CBC weather specialist.

Teri Loretto stands in front of the green screen at CBC Studios, the same place she stands every Saturday night, lights shining down on her as technicians count down in to the live show.

Loretto, a weather specialist, has been working with CBC Ottawa for just over nine years.

Loretto is no stranger to the public eye. Despite her speciality in weather-reading, a skill she obtained while working at her family’s aviation school, Loretto pursued a bachelor’s degree in theatre from the University of Ottawa in 1991 and went on to get her master’s in 2010.

Loretto has a lengthy resume filled with experience in acting, weather-reporting, stage-managing and most recently directing and teaching through the theatre arts program at the college.

Loretto brings a level of enthusiasm into the classroom which defines her as a teacher. Teaching from a place of understanding, the level of excitement her students feel stepping into her classroom or onto the stage for the first time is the same that she feels for them and for herself.

The look in her eyes always speaks the same message, whether she is in front of the green screen at CBC or in front of her class of eager students: “This is going to be good.”

“The best way I can describe Teri is that she teaches with fun,” says second-year theatre arts student Dylan Johnston.

Loretto, an experienced theatre woman at 42-years-old, says it’s important to develop a good rapport with the students in order to develop a “strong, mentored, creative and confident artist rather than an angry, tentative one.”

This is why Loretto plays such a large role on the production team at the college.

Loretto’s titillation has now moved into the same realm as her students. The excitement in her eyes is for her students’ first experience on the stage at the college-level, Seven Stories, while she patiently waits until April when she gets to direct her students in their third show of the year, Mambo Italiano.

“Seven Stories is a very witty and absurd look at humanity,” says Loretto. “Mambo Italiano is really fun because it’s the story of a gay man in an Italian family and how his family handles it. I can’t wait to get started.”

Loretto was raised in the small town of L’Original, Ont. where she found her first role at 12-years-old in a play called Wait Until Dark, a classic whodunit by the Prescott Players.

This experience led Loretto to audition for Canterbury High School at the age of 14 in the school’s first year of the full-arts program, moving out on her own to Ottawa in a boarding house.

Taking a year off after high school, Loretto had an epiphany.

“I realized that as much as I enjoyed business and stuff like that, I wasn’t satisfied just being an office worker. I felt I needed a constantly-evolving environment.”

While attending the University of Ottawa, Loretto paid her way by working at her family’s flying school which operated out of the Ottawa Airport for 17 years until the family sold it five years ago.

It was here that Loretto developed a working knowledge of the weather, reading dispatch reports.

However, Loretto is the only one in the family not to pursue a career in aviation.

“It’s kind of weird to be the black sheep of the family [because I have] my master’s,” Loretto says with a laugh. “Most parents would be very happy about that. Mine are supportive, but I’m the odd one out.”

Since selling the school, it now does some of the training for the Algonquin pilots. “It all comes back to Algonquin,” she says with a smile.

After finishing her degree and 12 years of working at the flight school, Loretto started working with the Caravan Stage Barge in 1998, an environmental theatre company that performs on a tall ship.

Fast forward a few years and now one of Loretto’s own students will be auditioning for the company.

“It’s like the generation has turned,” she says with a smile.

While trying to subsidize her theatre endeavours, Loretto sought any work she could find. When friend and CBC’s Ontario Today anchor Rita Celli approached her with a job opportunity, Loretto jumped in.

The job was a fill-in weather reporter. CBC was looking for a female with a performance background and a working knowledge of weather. In other words, the job was made for Loretto.

Loretto slowly found herself taking on more responsibility at CBC. Currently, she is responsible for filling in for meteorologist Ian Black when needed, doing the weekend 6 p.m. report with David Gerow and various radio gigs, such as All in a Day with Alan Neal, Halifax’s Saturday Report and more.

Loretto credits her mother, a New Zealander, for her radio ability. “Thanks to her, I really enunciate my T’s and D’s.”

After many years of acting and stage-managing, Loretto found herself teaching.

Currently, she teaches at Algonquin and Orleans Young Players as well as occasionally doing workshops at grade schools and some individual coaching.

The students she has taught and directed have been nothing but successful. Last year’s production, The Laramie Project, was nominated for Best Student Production by the Capital Critics’ Circle.

After such various successes, Loretto finally returned to the stage in January, performing in Detroit for the Gladstone Theatre. Detroit is a story of the American Dream and reality, according to Loretto.

“It was a crazy ride,” says Loretto. “The audience always left the theatre buoyant and excited. They got it.”

Plosive was started by Loretto with one other partner. In the last five years, they have acquired two more partners and have seen the company grow more and more by the year.

Despite this, Loretto always makes sure that she is the last person to get paid after every production.

“My husband doesn’t enjoy that,” she adds with a laugh.

Loretto’s husband, Ivo Valentik, is also a professor at the college. This is how they met.

Valentik and Loretto shared a classroom. During the half hour between their classes, the pair would chat.

“We talked about our mutual interest in history and art and just really hit it off as friends.”

Eventually, love blossomed between the couple, who are now married with a year-and-a-half-year-old baby Uly.

Having a child has forced Loretto to slow down, a pace she isn’t used to after working 60 to 80 hour weeks for years.

“There have been a lot of things I’ve had to turn down, things that I haven’t been able to do that I would have [been all over] two years ago,” Loretto says.

For example, just before getting pregnant, Loretto took a stilting class.

“My guilty pleasure is learning.”

Loretto’s one piece of advice to her theatre students is this: “I’m one of those people that constantly needs to be intellectually and artistically challenged, so I tell them ‘Once a year, do something for yourself that increases your awareness of the world around you or you learn a new skill.’ I think that’s important.”

However, keeping her thirst for knowledge quenched is tougher now than ever before with a baby at home.

“My son certainly is a bundle of joy,” she says with a smile. “He’s so wonderful, but it’s difficult.”

Loretto runs off the set during a commercial break for a last minute weather check.

“All of this CBC, acting, teaching stuff is easy compared to raising a child,” she says.

Loretto continues to make it all look effortless as she riddles off her final weather report of the night, without a script, before returning home to her family.