Culinary cooking up a storm 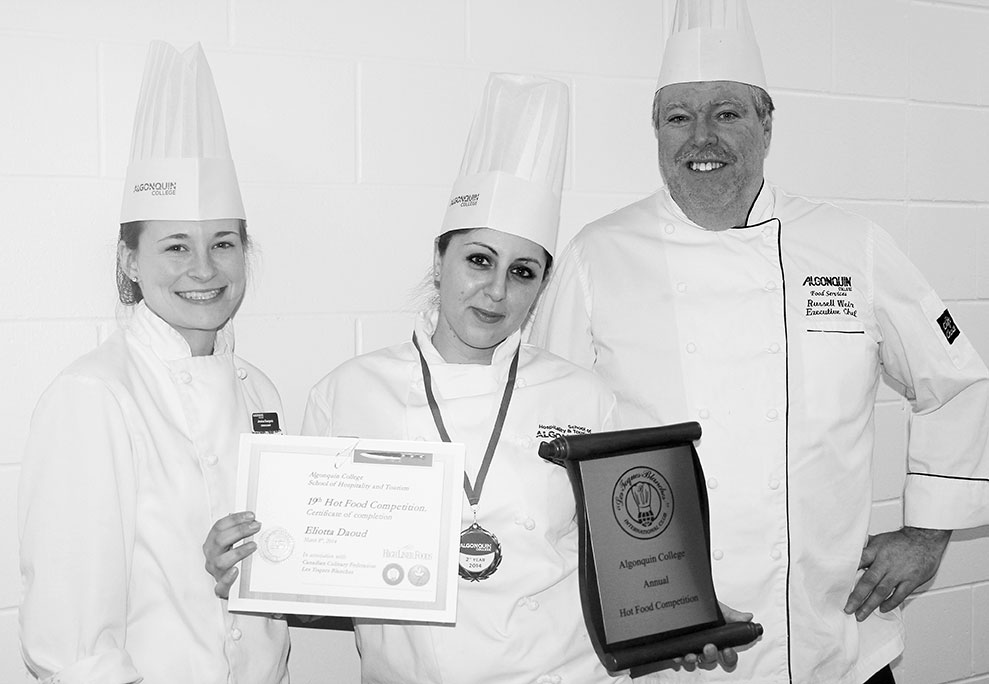 The first and second year culinary students had mouths watering on March 8. in the H building at Algonquin when they competed in the annual Hot Food Competition.

The programs first year students must compete against others in their year, this time producing one soup, an entrée and dessert. Their choice of protein was chicken.

The second years must have produced an appetizer, entrée and dessert. The protein they may choose from was shrimp, scallops or quail.

The clock was ticking for the contestants. At 10 a.m. the dessert was completed at 10:20 a.m. so was the soup and appetizers and by 11 a.m. the entrée was finished.

Judges were invited within the community to assess the food and appoint the awards. The four judges assessed the taste, texture and appearance while four kitchen judges assessed how the food was prepared.

“We do this to challenge the students, to further themselves,” said Sean Edwards, the organizer of the hot food competition. “The students practice for months and even create their own menus.”

While presenting the awards, Edwards explained that after three years of organizing the competition this will be his last year.

Some students were up and getting prepared by 7 a.m. They had a minimal amount of time to get themselves in gear and give everything they got.