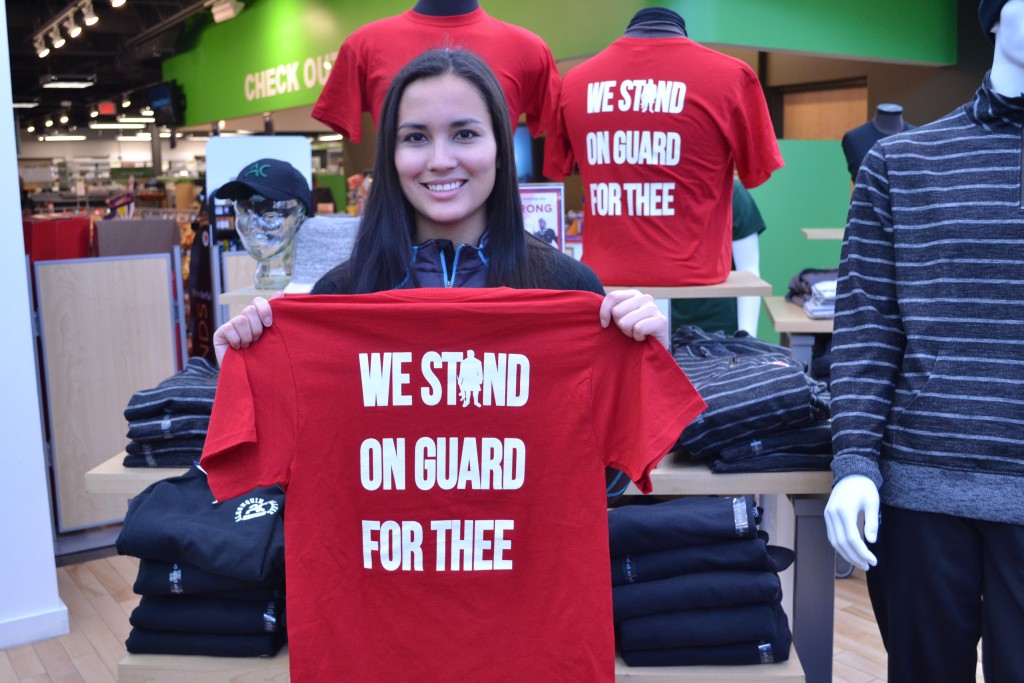 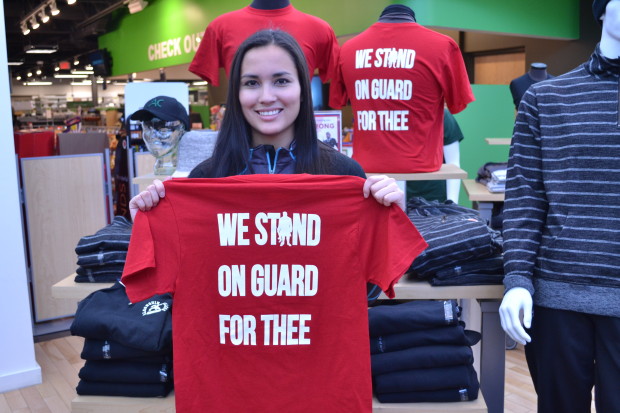 Algonquin is helping give back to the family of fallen soldier Nathan Cirillo and first responders facing PTSD through the sale of locally made t-shirts.

Local volunteer firefighter, Alex Paquette conceived the idea with a buddy to make a difference.  Paquette says, “it’s better than sitting on the couch doing nothing.”

The red t-shirts say “Stand On Guard For Thee.”  The “A” in stand is a silhouette of Cirillo.

Connections set up a display after receiving 50 shirts on Nov. 18, and they’ve been selling slowly.

Because Paquette has a full-time job and a family, he has had difficulty getting the word out about the shirts.  Promotion has been done mainly through social media and word of mouth.

“I didn’t know we had these, I’m probably going to buy one,” said Hillary Sayers, hospitality management student.

The shirt’s online campaign sold out in two weeks.  With the help of Faces magazine’s $2,000 donation to cover the cost of the shirts, 100 per cent of proceeds are going to Marcus Cirillo Trust and TEMAtrust.

“I am a volunteer firefighter in Navan so first responders touch close to home for me,” said Paquette.  “We are proud Canadians and just wanted to help.”

Paquette has been seeking help from local businesses to raise awareness and funds.  The Connections bookstore was among the businesses to agree, along with Carleton University.

“We always work with the students and we try to work with the foundations as much as possible,” said Ashish Talwar, Connections manager.

“I can only imagine the stress of being a first responder.  Every bit of support is helpful,” said Hutcheon.