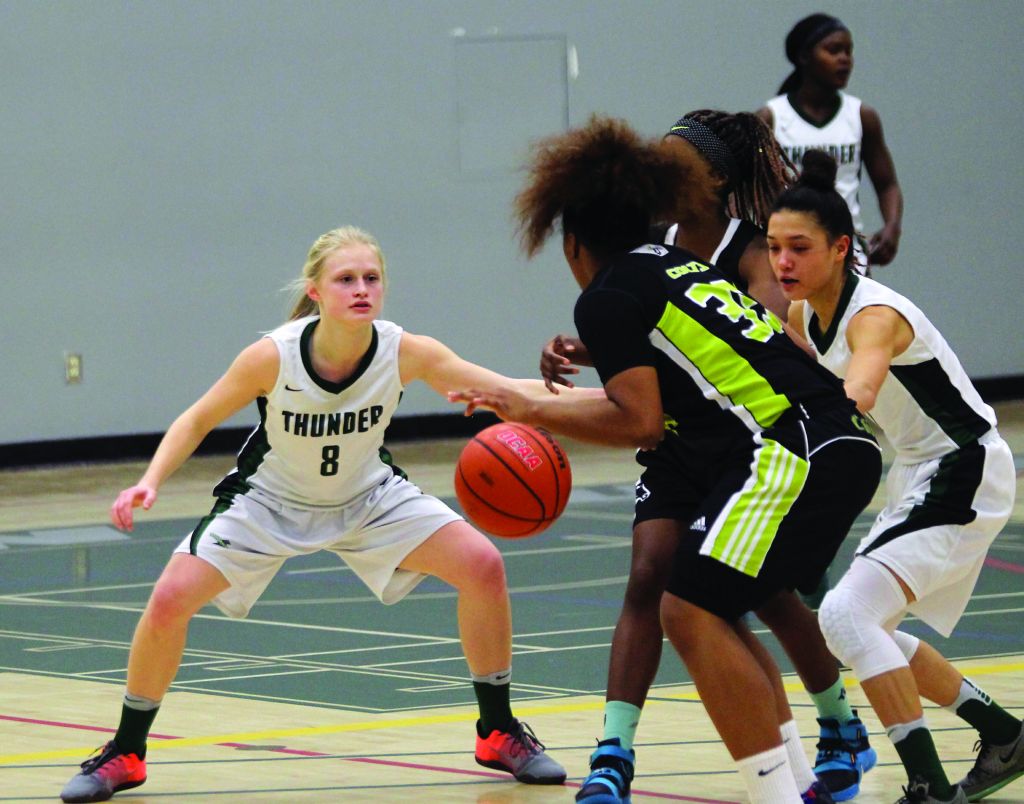 After losing to the Centennial Colts earlier in the season, the Algonquin women’s basketball team was able to bounce back and win the second matchup of the season.

In their final home game of the season, the Thunder defeated the Colts 90-60 on Feb. 17. This win allowed the Thunder to jump to 12-5 on the season, earning them a standing of second in east division.

“We did very, very well. We lost to them last time so we were very motivated for this game,” said Algonquin guard, Amoney Abakar. “We definitely came at it 100 per cent.”

Abakar was a huge part in the Thunder’s win. Her offence was key, making 9-14 of her shots, ultimately leading to a game high of 30 points. Jessica Basquin had 16 points while Lauren Tebrake and Jeylinh Bui each finished with 15 points. Bui also finished with a striking 14 rebounds.

Algonquin took charge right from the opening quarter, outscoring Centennial 24-7. They continued leading in the second quarter outscoring the Colts 22-13, making it 46-20 at half.

The Colts cut down the lead in the second half but the Thunder maintained their lead with 64-39 at the end of the third quarter. The Thunder was able to hold onto their lead until the final buzzer went.

“We definitely showed up to play,” said head coach Laura Bond. “There were a few times during the game where we took our foot off the gas a little bit, but overall I’m really happy with the outcome.”

The Thunder lost momentum with a loss the following day, losing 80-72 against Seneca Sting. They will be competing at Provincials hosted by Seneca College in Toronto.