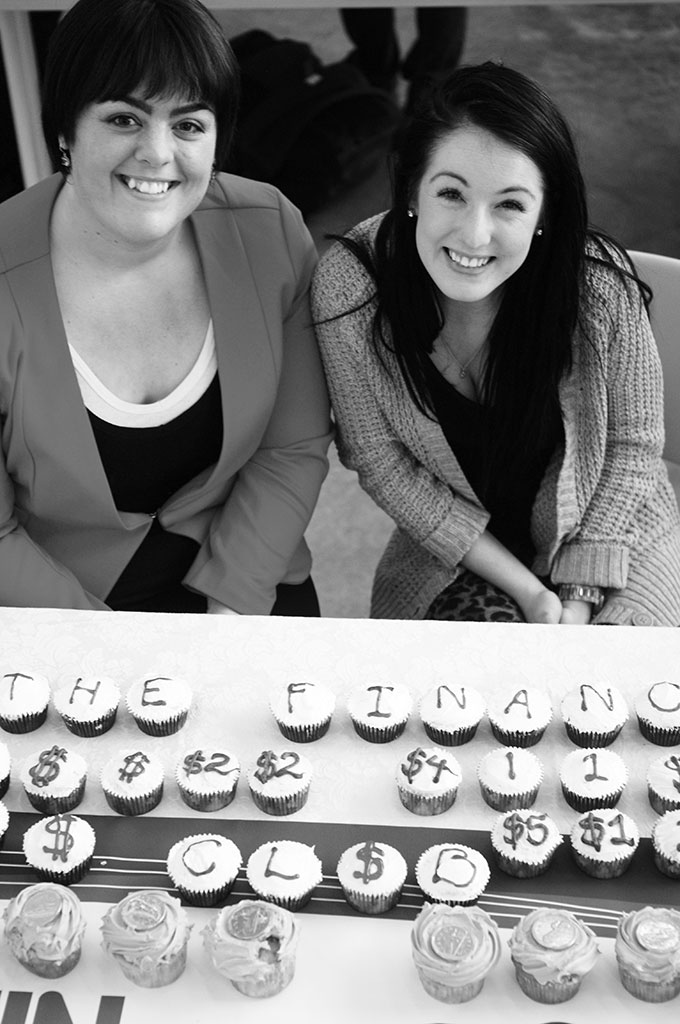 Vicki Kotow and Nicole Rogers, of the Algonquin Finance Club pose in front of promotional cupcakes. The cupcakes spell out, the financial club.

The Student Commons was the showcase for 41 of Algonquin’s most active clubs on Jan. 22, all looking to spread their message and gain new members.

The clubs, which were mostly well established but also included a few brand new groups, gathered together for Clubs Day. The tables that had been set up were only a portion of the campus’ roughly 70 student clubs and associations.

The clubs varied from hobby oriented groups such as the Anime Club to cultural clubs, such as the Chinese Student Association. The tables were set up in neat rows that packed the student commons, resembling a market for the colleges various student organizations.

“These are our most active clubs,” said Farris Lahn, SA clubs coordinator. “We have almost 70 all together.” Many of Algonquin’s clubs have rotating or tentative membership. The ones today represented the clubs with an active membership.

Most of the tables offered posters, decoration, literature and candies for prospective members. However some of the clubs were so new they sported bare tables with a single person trying to get their association off the ground.

The Comedy Club, which presents students with a stress free environment to practice stand up, came to the event with roughly 20 rotating members and eventually gained a sheet full of future members’ signatures.

A newcomer to the college was the Free The Children Club.“This club [fundraises] for children in developing countries”, Said Lindsay Ball, from the child and youth worker program. “Our goal today is just to get some people.” At the beginning of the event Ball was the only member of her club, which she started this semester.

The Algonquin College Comic Club, a group created last semester, was looking to scale back their ambitions of creating a whole comic book and learn from their previous experience. Instead they intended to gain artistically-inclined members to contribute to a smaller collection of comics.

“We’re trying to release a comic magazine,” said Kieran O’Boyle, a student in the pre-animation and illustration program. “Right now, we don’t have enough members with the artistic abilities that we want.”