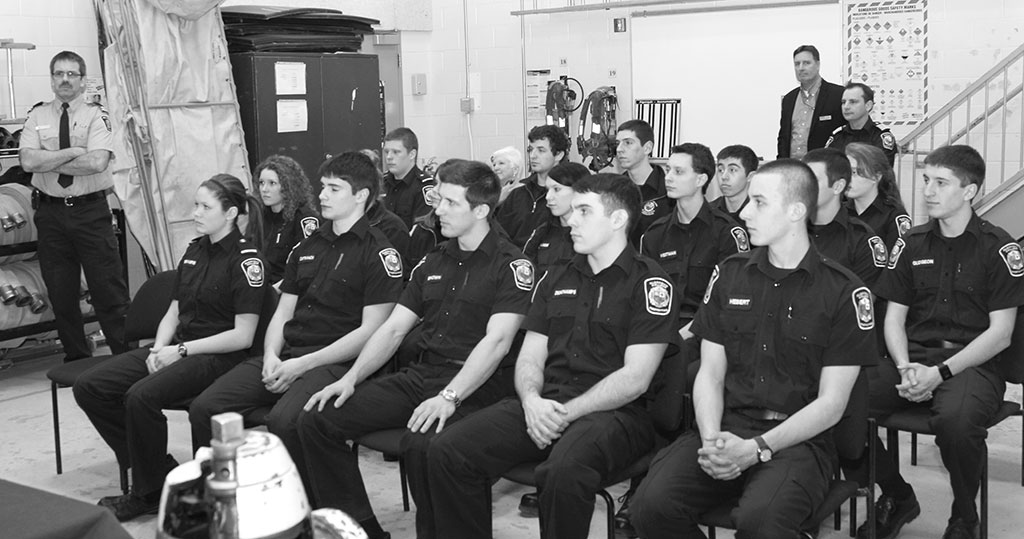 Pre-firefighting students attended a meet and greet with Fire Chief John DeHooge on Feb. 24, as a reward for the students who volunteered for over 20 hours in the Salvation Army’s annual Christmas Kettle program.

Eighteen students were in attendance for the meet and greet. In total, all of the students who participated in the program volunteered for nearly 600 hours.

Mark D. Evans, Coordinator of Emergency Disaster Services at the Salvation Army, and an Algonquin College alumni of the Police Foundations program, said that he is nearly entirely “funded by the Christmas Kettles, so I have a vested interest.”

The Christmas Kettle program is the Salvation Army’s single largest fundraiser. Evans added that without volunteers, they’ve had to resort to hiring people temporarily to accompany the Christmas kettles, which cuts into the amount of money they take in.

Matthew Donohue, a 29-year-old Pre-Firefighting student, was one of the volunteers. He described the volunteering as a “bit of a tough grind standing there but it’s for a really good cause, a charity you can see the impact of.”  He also said that the meeting was a “good opportunity. Guys and girls who worked hard earned the advantage. Only fair that they get a leg up.”

The meeting was largely a question and answer session for the students with the Fire Chief. He made a repeated emphasis on the need and importance of fire-fighters being life-long learners, and its importance in having a successful career in what DeHooge called “the best job I the world.”

The Police Foundations program also had a number of students volunteer for the Christmas kettles and their own meet and greet with Police Chief Charles Bordeleau on Jan. 27.

Guillaume Choiniere, a 21 year old Police Foundations student, said that “it’s great to know I’ve done so much by just standing in front of a kettle.”