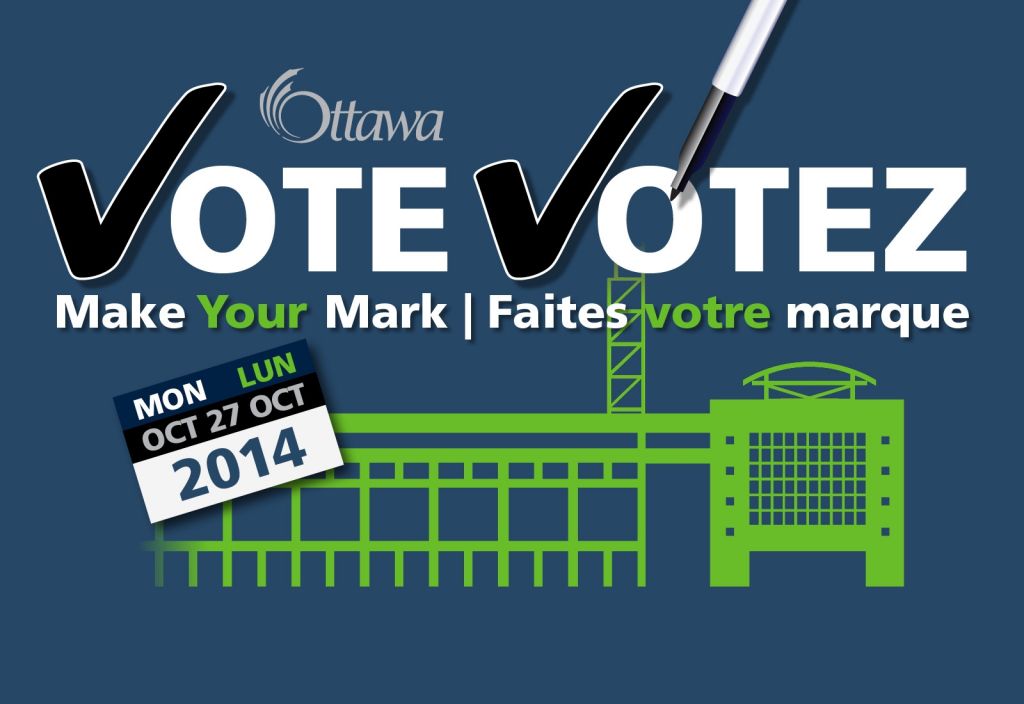 As one of Ottawa’s longest serving politicians, before amalgamation in fact, Rick Chiarelli believes his experience in politics is necessary for College Ward.

Chiarelli, when first elected at 19 in 1982, was Ontario’s youngest ever elected official.

The upcoming municipal election is something he views as presenting mentoring opportunities. Chiarelli is, after all, one of the most experienced members of council.

One of Chiarelli’s primary concerns is off-campus housing for students in the area. In particular, he wants to enforce the one resident per room policy.

“We don’t want College Ward to become the next Sandy Hill,” he said. Chiarelli believes that setting certain standards, such as enforcing rental units to have such things as fire alarms and regular garbage service, helps students by ensuring any place they find meets certain basic standards of living.

As for the broader ward, he sets his sights on Bells Corners, added to College Ward in 2007, and altering budget rules to allow for more debate on city debt and tax policy.

“As of now you can only debate (on debt and tax policy) in a committee,  and only a very particular aspect of it at a time,” he said.

In recent events the Orgaworld contract for green bins has become a subject of controversy; because “most of the opposition is because of the messiness,” Chiarelli supports a motion to allow residents to line their green bins with clear, biodegr
adable plastic bags to keep the contents under control. However, he does support the green bin initiative.

He also supports clean incineration. However, “you cannot support weekly garbage pickup and incineration. They are diametrically opposed. The province won’t grant you a license (for incineration) unless you participate in over 60 percent waste diversion.”

Transit concerns are also on his agenda. A supporter of the LRT, he hopes it will be up and running very soon, noting that “we’ve already completed the majority of the construction.” As part of his transit plans he wants to move all bus lanes on Baseline Rd. onto the medians. The idea is that with the bus’s on the medians, it will “speed up rush hour traffic considerably.” Chiarelli added that North York already uses that system, and that it “works really well. Everybody likes it.”

Although he said there are an unprecedented number of new candidates, Chiarelli declined to comment on his opponents.

Among what he considers his most notable achievements, he cites the Lansdowne renewal project, which he says is already on track to be tax neutral for residents, as well as the renewal of Bells Corners. In fact, the Department of National Defence was scheduled to move into the building formerly owned by tech-giant Nortel by January 2014, but delays have pushed back the initial move until the end of 2015.

The city hopes to move around 8,500 military and civilian employees into the new office within six years. Chiarelli says that the move in still on schedule, and that “the delays occurred before the official announcement of the move.” More than 3,000 employees are scheduled to move in 2015, and the next 5,500 are expected to come over in the next two years.

Though he does not expect to win the election, one candidate for city council’s College Ward hopes to change the way elections in Ottawa are conducted.

Craig MacAuley, a retired French teacher, has titled his campaign Zero Means Zero. This is a joking reference to former Ottawa mayor Larry O’Brien and his promise to never raise taxes.

The Zero Means Zero campaign has three promises. MacAuley will restore trust in politicians, will exercise no power and will not spend any money on his campaign.

MacAuley plans to show College Ward that he has integrity as a politician by refusing to take a single penny from the Ottawa budget. He will not accept the salary that comes with being a councillor, which is close to $100,000, as well as any office budget.

“No pension, no perks, no fringe benefits,” says MacAuley. “Nothing. Zero. Doesn’t that make me seem sort of trustworthy and like I’m not a typical politician?”

MacAuley has the ability to do this because of the pension he receives from teaching in Ontario for 30 years. So far he has ran his campaign mostly on his blog.

“It’s incredible the amount of money that people spend on campaigns,” he says. “But election campaigns shouldn’t be about money, it should be about who the best person is.”

One of the issues that MacAuley is passionate about is bringing “ranked choice” voting to Ottawa.

Instead of a system where whoever gets the most votes in a ward wins, even in the case of a small minority, voters would have the ability to rank who they want to win. The candidates are then narrowed down from least popular until there are two candidates left, one of which will have over 50 per cent of votes.

“For once, I’m on the side of something that is going to win,” MacAuley said about ranked choice voting.

Ontario Premier Kathleen Wynne and her majority government have expressed interest in the ranked ballot system and MacAuley is confident that the Ottawa municipal government will adopt it soon after.

“I think that all councillors and the mayor too, should be asked yes or no, do you support ranked choice voting?” says MacAuley. “You would have more friendly elections and they could become a place to discuss things, they could be friendly and diverse.”

Win or lose, MacAuley plans to remain engaged in Ottawa’s political conversation and active in his home community of Bells Corners.

“You can’t make a career out of politics,” MacAuley advises. “Distrust anyone that wants to make a career as a politician. It isn’t an honourable profession.”

Motivated by his frustration with Ottawa’s current municipal government, a former Algonquin business student is running for election as College Ward’s city councillor.

Guy Annable, who studied finance and data processing in the 70s, was a member of Ottawa’s now defunct Business Advisory Committee for three years. Later, he volunteered for Rogers TV and Talk Ottawa, a show that focuses on municipal politics. Annable credits both experiences for giving him a strong understanding of the city’s political issues.

Annable has been critical of many city council decisions and the way that the wards themselves are structured.

“I want to make a difference, I want to make a change,” says Annable. “I think Rick Chiarelli has done a marvelous job in some respects, but I think he has really dropped the ball and he is past his due date.”

Annable is very concerned with how Ottawa handled its green bin contract with the company Orgaworld and describes it as a debacle. The 20-year contract signed in 2008 sees the city pay the company $8 million per year to remove organic household waste.

“We have councillors that stated on the record they didn’t read the contract,” said Annable.

Ottawa pays Orgaworld to process 80,000 tonnes worth of organic materials a year. However, according to an audit Ottawa conducted on the contract, the city has only ever required the extraction of 21,000 to 57,000 tonnes per year.

“If we don’t get our act together we will waste $67 million out of a $140 million contract,” says Annable. “If we don’t renegotiate this thing, it is a crime.”

Annable believes that city council could be better structured, that 23 wards is too many and that the city spends too much money on councillor offices. He views the Ottawa.ca website and the 311 service as resources that make contact with council offices less necessary.

“I have no problem on voting for a motion that consolidates College Ward with Knoxdale-Merivale,” says Annable. “I think this city should be at 14 to 16 wards. I’m actually voting myself out of a job. But it doesn’t matter because it’s for the greater good.”

According to Annable, the biggest problem facing the Algonquin community is housing.

“I think the City of Ottawa should look at doing the same thing Cité collégiale got from the city,” he says. “When Cité collégiale was given, free of charge, 7.8 acres for their campus on Trim Road.”

Annable wishes that the council had tried to find a city-owned piece of land and had given it to a developer for cheap to build affordable housing.

With the election coming up in October, Annable thinks it is too early to say what his political career will hold. Along with a pledge to not accept money from developers or from companies working directly with the city, Annable has promised a two term limit should he be elected.

“I’m going to give it one shot, maybe two shots depending on how it goes and I’m going to see how the response is from the electorate.”

Having just graduated from university last spring, the youngest candidate seeking election for councillor of College Ward is only 24-years-old.

Scott McLarens, who studied honours English at Carleton University, views the election as an opportunity to create positive change and for personal development.

“It seemed like there was a shot to make a difference locally and at the very least, start making something of myself,” says McLarens.

McLarens has become frustrated with many of the decisions that Ottawa city council has made in recent years.

“I’d just like to see change and new ideas coming in from anyone,” he says. “If you have 15 or 20 years sitting on council your ideas will stagnate no matter how good you are.”

He cites the way the Landsdowne project was carried out, the handling of the LRT expansion and the city’s 20 year green bin contract with Orgaworld as motivating factors in his decision to run for council.

“I think we are in a 20 year contract with a snake that bit us,” says McLarens about the Orgaworld contract, which he believes the city should attempt to renegotiate or get out of.

“The real problem is that we are looking at waste in an old fashioned sense,” says McLarens. “Instead of looking at dumps and landfills, maybe we should rethink the whole situation and look at incineration. I believe in incineration, big time.”

Though McLarens does not describe himself as a large proponent of green issues he likes the idea of incineration because of its sustainability and its potential for bringing inexpensive energy to the power grid.

An issue that McLarens has mixed feelings about is the Confederation Line project. He does like the idea of the LRT because it will take a burden off OC Transpo busses but is worried about the cost and the route the rail will take.

“It’s a large amount of money for a large portion of the city to be missing out on it,” he said.

According to Ottawa’s official Confederation Line website, the project will cost $2.13 billion.

When asked whether he had a direct message for the Algonquin community McLarens discussed the importance of voting in the upcoming election.

“Look at change and do come out and vote,” he said. “There is no wasted vote and at least you had your say for the five minutes it takes.”