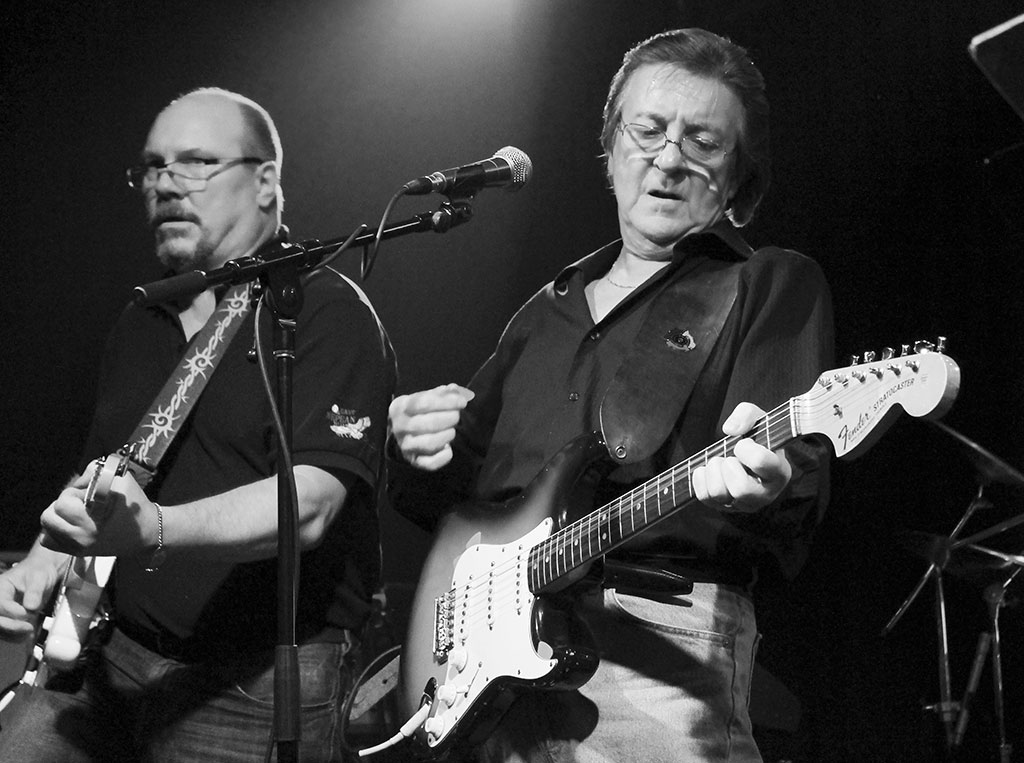 Crowds of college faculty were up on their feet, dancing the night away at Algonquin’s Big Hit Bursary Dance on Feb. 8 at Greenfields Pub in Barrhaven.

The night consisted of a delicious buffet dinner served by the restaurant as well as musical performances by introduction to music industry arts co-ordinator Lou Di-Millo’s band, the Wise Guys, and headliner, multi-platinum recording artist Les Emmerson and his band, the Groove Junkies.

All proceeds went towards $500 bursaries for students in the general arts and science certificate programs. Tickets for the night were $40 for the dinner and show or $20 for just the show.

Tina Vald, a professor in the general arts and science program, was happy to spend the night out with her colleagues, “doing something helpful for students.”

This is the fourth year that the college has put on the dance. It was originally started by Di-Millo and Shelly Styles, director of student services, when they realized that the school had no bursaries for students in the department.

“With the nature of Lou’s program [intro to music industry arts], it was just a natural fit to throw an event like this,” said Styles.

Sherryl Fraser, chair of general arts and science, was confident going into the evening, saying that it would be their “best yet.”

She turned out to be right. The estimate of money made by the end of the night was about $5000.

However, the majority of proceeds came from the silent auction which raised approximately $4000 by the end of the night. The silent auction consisted of a variety of items such as Ottawa Senators tickets; a private tour of the Bell Media building led by sports director and emcee for the night, Terry Marcotte; a myriad of gift cards and an iPad Mini.

The most coveted item in the silent auction was a guitar donated and signed by Tom Cochrane which was sold for $700, making it the highest-selling item of the night.

Wayne McIntyre, part-time professor in the School of Business, has been attending the event since the beginning and is happy with the progress it has made throughout the years.

“We can’t fill much more than we have now,” he said with a smile.

The night wouldn’t have been the success it turned out to be without Emmerson’s easy-going stage presence and mood-setting classic rock jams.

After a quick acoustic set, involving just Emmerson and his guitar, he called the Groove Junkies to the stage.

“Probably having one more quick beer,” Emmerson said with a laugh while waiting for the band. “That’s my boys.”

Emmerson invited guests to sing along as the set went on, a request which people happily agreed to as they danced.

“We’re going to need all the help we can get,” he joked. “That’s going to become obvious.”

This is Emmerson’s second year performing for the dance, a cause he is happy to support.

“Music is being dropped out of a lot of schools and it’s sad,” said Emmerson. “It’s not a shame to do something you love.”