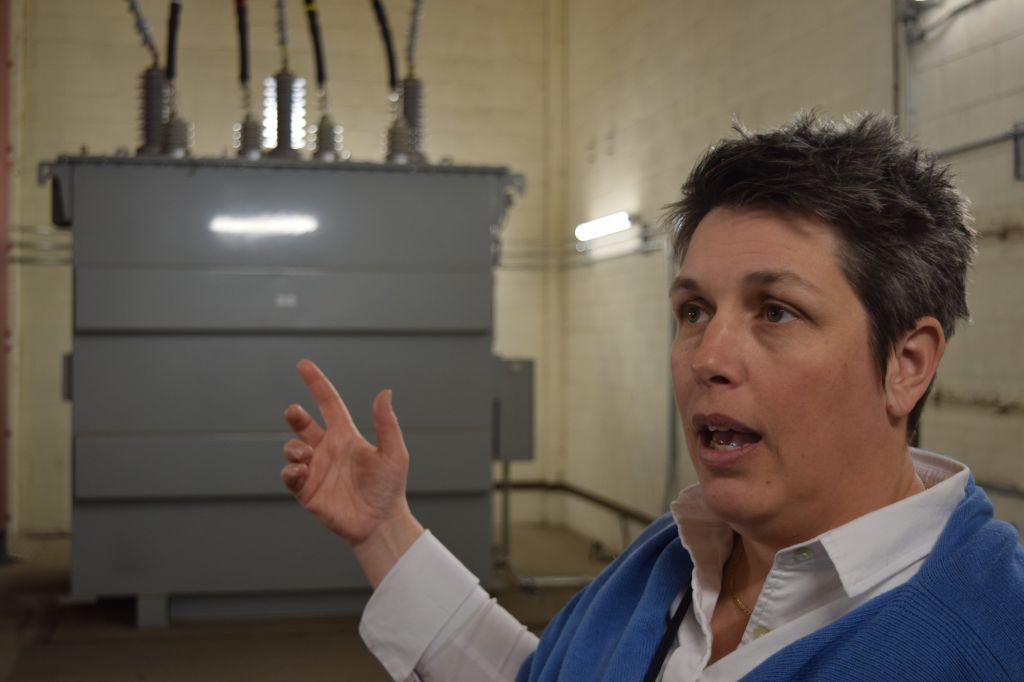 As Algonquin celebrates 50 years in 2017, some of its buildings and equipment aren’t much younger — and there isn’t nearly enough money to stay on top of maintenance for everything.

Algonquin plans to spend $16.6 million in 2017-18 on building maintenance and utilities – under a maintenance backlog that reached $87 million in 2014, thanks to the practice of putting off non-essential work in order to meet budgetary constraints.

Known as deferred maintenance, it is common at Ontario colleges, which are increasingly under budget pressures amid declining enrolement and government subsidy.

As of 2017, Ontario colleges had amassed a backlog of over $1 billion in deferred work, and that number is increasing annually, according to government estimates. Seven years ago the auditor general of Ontario pegged the backlog to be at least $568 million and as high as $745 million.

“We’re getting towards the end of life (for equipment) and we have to make decisions,” said Manon Levesque, Algonquin’s manager of facilities operations and maintenance services. She said they do a risk analysis to decide what to spend money on.

A recent example are the two large transformers that power the Woodroffe campus. Last year the decision was made to replace them at a total cost of about $2 million, Levesque said.

“There was a risk if we lose both of them or one of them, we couldn’t provide power to the campus,” she said. The new transformers are currently installed in the plant inside A-building.

With so much maintenance going undone, she said it gets harder to do her job. “We have to deal with it, be creative… we’ve done a fairly good job.”

The province does provide funding for maintenance at colleges and universities and increased the total funding from $26 million in 2014 to $40 million in 2016. By 2020, it will increase to $100 million.

Urgently needed maintenance will get a bigger boost, with another $500 million over 10 years earmarked for postsecondary schools.

“This backlog has been developing over decades,” Summers said. “This isn’t going to be solved in a few years.”

Summers said the problem is likely on the back burner at most colleges, which are dealing with more pressing concerns. But if nothing is done then it will snowball over time, potentially becoming a crisis.

“We think the government has to come to the table (to help find a solution),” he said.

Algonquin president Cheryl Jensen said the issue is top of mind and gets addressed every year in the budget.

Because the $46 million project gets government subsidy, it takes some of the financial burden off the college’s books, while also addressing deferred maintenance because a large part of the building will be updated.

Another example of new construction to address maintenance is the Perth campus.

“It was an old building that needed to be maintained and because it got so bad the decision was made to level that and build a new one,” she said. “The same at Pembroke (campus)… demolish that building and build a brand new, beautiful waterfront campus.”

Jensen said managing the maintenance issue is at the mercy of the college’s budget priorities, which don’t always line up.

But emergencies occasionally come up, such as a few years ago when all windows in B-building were replaced, because they were becoming loose and sparked safety concerns.

She said the situation could have been handled before it ever became a safety issue, but at the time the budget didn’t have the wriggle room necessary because of several ongoing projects. In the end, the college found money to fix the problem.

“That was an example of where we changed our priorities,” she said. “Yes it’s a concern… that doesn’t mean we aren’t doing anything about it.”