Back to Firefighting for Kidney4Craig 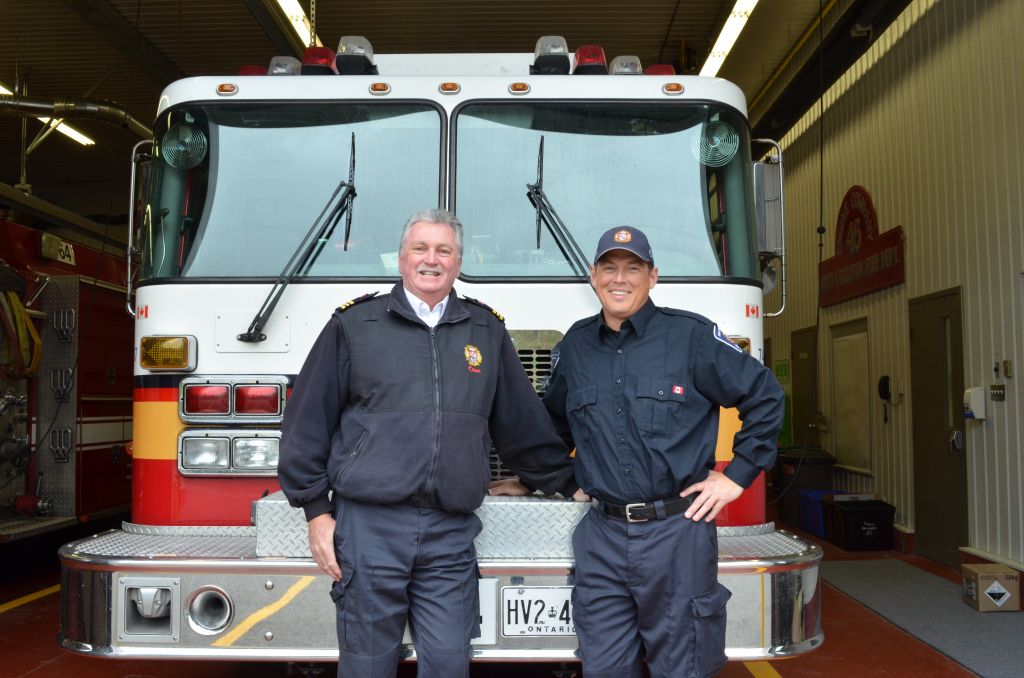 Sector Fire Chief Chris Burke and former student Craig Dunbar at the Carp fire station that Dunbar calls home. After recieving the kidney that saved his life nine months ago he has returned to fire fighting.

A 42-year-old former student got the miracle kidney that saved his life nine months ago, and now has finally been able to reach his goal of going back to doing what he loves: fire fighting.

After being on dialysis for six years and having only a couple of short term options left available, Craig Dunbar’s family started a campaign called Kidney 4 Craig. The campaign helped him reach the donor willing to give him the kidney that would change his life forever, and that kidney came from his former sector chief’s wife.

After six months of recovery, Dunbar has been medically cleared to return to fire fighting as of Sept. 26.

He started training with his team last week, joined a gym to get back into physical shape and has a few certifications to get up to date before he begins responding again. His goal is to be finished his training and back on the trucks by January or February.

He started as a Carp firefighter about 20 years ago. Although the old station has been replaced by a newer one, he was there when it was built and still recognizes it as his home.

“This is the one goal that I have been focused on since we found out that my donor Ann and I would be having our surgery,” Dunbar said. “Out of everything that happened, not being able to respond anymore was one of the things that hit me hardest. I have always been dedicated to the community, so being able to get back is pretty amazing.”

He has a new found love for life and appreciation for everything that is around him. He has been keeping busy with charity events and volunteer work, but also has been able to leave the house for weekend trips for the first time in years and is back to playing the sports he loves.

“I have never been afraid of hard work, sweat and dirt,” Dunbar said.

His mental health is also better than ever. He is more positive and energetic, and finally back to the person he was before all this happened.

“There is this new freedom for both my wife and I,” he said. “Neither of us realized how much stress we were under until it was gone.”

Volunteering at the fire station allows him to help others and give back as much as possible, which has always been part of who Dunbar is, even before his new life.

“We usually see people on the worst day of their lives,” he said. “We respond to a variety of incidents and it can be very traumatizing for the people involved, so being able to be there and look after them in the best way possible is just another way I can give back to the community.”