Asbestos to be removed from C-building 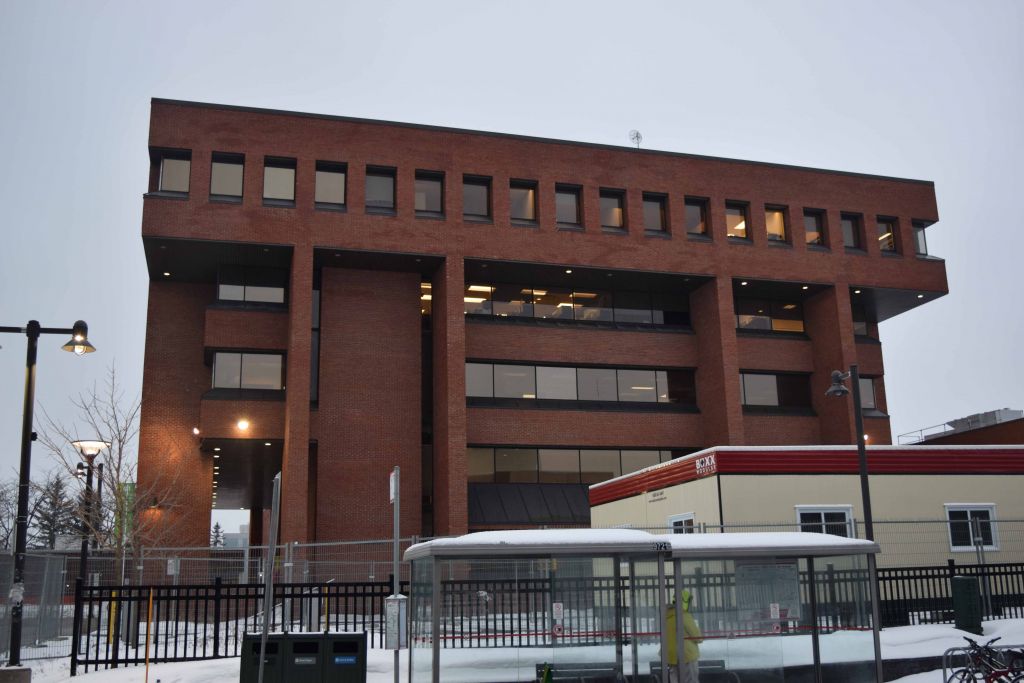 Asbestos, a hazardous material known to cause cancer, will be removed from C-building as part of construction work that started this month.

Algonquin’s risk management office took the unusual step in November to send an advisory to all staff to assure them the work would be contained and would not pose a health risk.

Mike Benkie, Algonquin’s manager of occupational health and safety, told the Algonquin Times that asbestos isn’t necessarily dangerous. It’s only a health risk if it is crumbled and breathed in – something unlikely to happen since most of it in Algonquin is encased inside floors, ceilings and walls.

“For asbestos to be harmful it literally needs to get airborne,” he said. “It’s pretty much contained.”

The college takes the problem seriously, Benkie said. In 2008, the physical resources department went to every room looking for asbestos and developed an inventory of every known location. Older buildings, such as C or A, contain large amounts while newer buildings like N or E have none.

So how to remove it? Benkie said college staff aren’t the ones who do the job – that will be up to the contractor who is handling C-building renovations, in this case PCL Construction. They will be responsible for hiring a licensed asbestos removal firm, who will follow the college’s official asbestos policy.

“We go above and beyond what any legislation states,” he said.

According to John Dalziel, Algonquin’s head of major construction, a firm to do the removal should be hired before the end of January. Several companies in the Ottawa area do asbestos removal and Benkie said a likely pick would be the Nepean-based O’Reilly Brothers.

Once a firm is hired, the removal process is scheduled to start in early February. Enclosures will be set up over the work area and the pressure dropped to contain any loose asbestos dust. When the material is removed, the area is vacuumed and an air test conducted. The actual removal will happen about two weeks after setup, Dalziel wrote in an email.

That all sounds good to Jason Machinski, first-year co-ordinator of the photography program. His is one of the programs being moved out of the C-building’s basement for the renovations. It was news to him that there was asbestos in some of his rooms.

“It’s not shocking,” he said, knowing how old the building is. “[But] when they said there was asbestos we said ‘oh!’”

He knows asbestos isn’t harmful unless it’s disturbed and credited staff for being open about where it was and what will be done to remove it safely.

Asbestos is commonly found in old buildings constructed before it fell out of favour in the mid 1980s. Inhaling asbestos fibres can cause serious health problems, such as mesothelioma and asbestosis. Often, symptoms don’t appear for decades after a prolonged exposure.

Construction in C-building is for the addition of a new two-storey library, an Innovation, Entrepreneurship and Learning Centre and an Institute for Indigenous Entrepreneurship. Work is expected to be completed by April 2018.