All pets adopted from vet tech program for first time 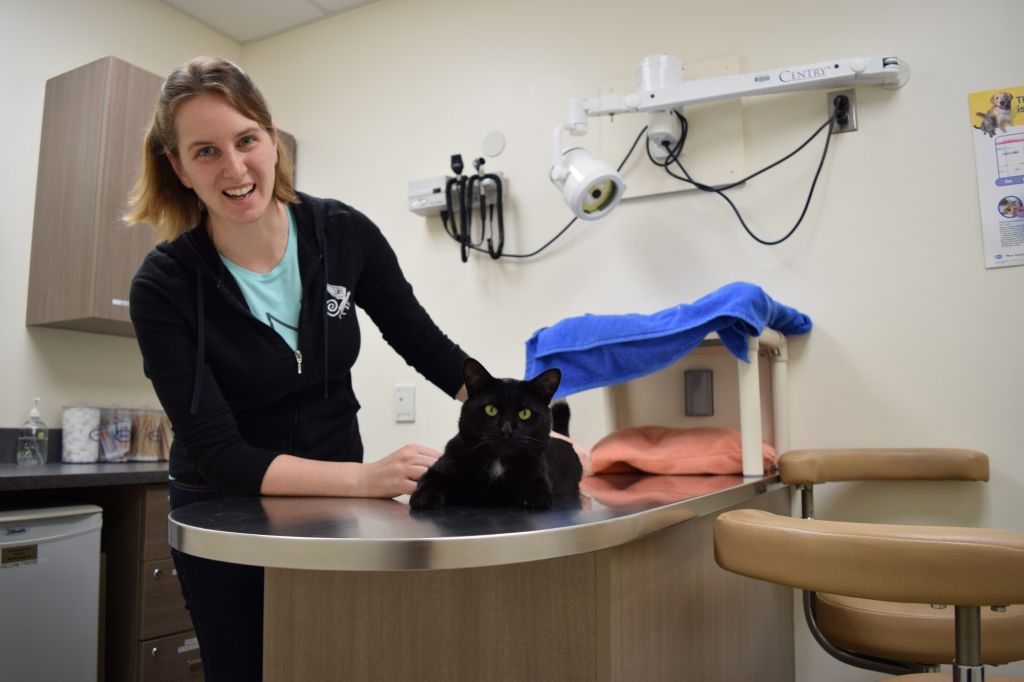 Algonquin’s pet adoption program, run out of the veterinary school, has reached an adoption rate of 100 per cent for all the animals they have received from the SPCA this year.

This is the first time since the program’s inception in 2007 that Slater can recall not having to send any animals back to the SPCA, which is the protocol when they are not adopted out through the school.

Emma Slater, a technologist academic with the veterinary program, coordinates the adoption program on a volunteer-basis in partnership with the SPCA. The college is not a licensed shelter, but the SPCA has affiliated with the school so that animals can be adopted from Algonquin.

She and her students are ecstatic that the program has grown to be such a success, they are hopeful the two cats and one dog remaining in their care will find homes before the year is over.

“We do everything. We neuter them, do any dental work they need and take care of any health concerns,” Slater said.

According to some veterinary students, the relationship they build with the animals through caring for them makes the process very rewarding, and very realistic in terms what being a vet technician is like in the real world.

“We love it when we hear a dog or cat has been adopted,” said second-year vet student Lisa Charity.

While Slater agreed that the program is very rewarding personally, the academic advantage for the students is its real value.

“They learn to take theory and make it hands on,” Slater said. “It’s putting the medicine, the knowledge and the behavior all together”

For example, if Slater receives an animal that is anemic, the students have learned how anemia affects animals, how to process the blood work and the theory behind treating the condition, and now they have a live animal to apply that knowledge to.

This is a unique opportunity to apply theoretical knowledge through practical application by carrying out procedures on live animals. Slater identified this opportunity as giving her students an advantage entering the workforce after graduation.

Joanna Ciccone, another second-year vet student, recalls having already done multiple procedures this year, thanks to the availability of the animals to work on.

“You get a chance to do everything with them all the way from sedation, intubation and assisting with the surgical procedure, to monitoring afterwards,” Ciccone said.

Slater hopes to grow the reach of the adoption program moving forward by engaging the students who are interested in actively promoting the program on a volunteer basis. She is hopeful that expanding promotion of the program will help achieve a standard of 100 per cent adoption.