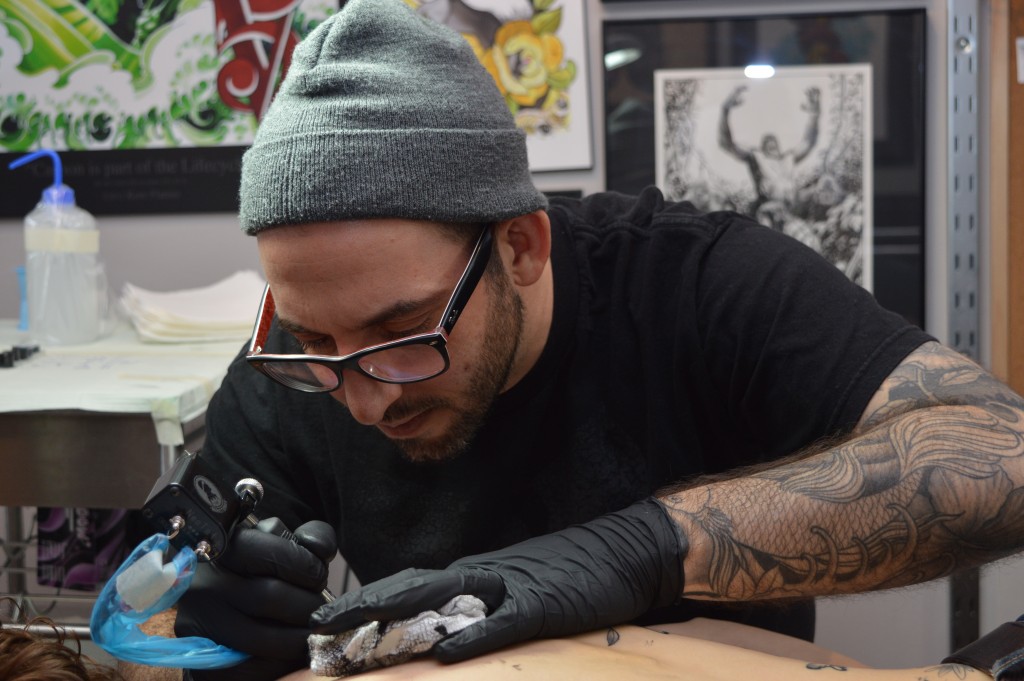 Algonquin scrapped the idea of pursuing a tattoo artistry program late last year due in part to a negative response from Ottawa’s existing tattoo industry.

Employees at Living Colour Tattoo began an online petition in opposition to the news that the college was considering the development of a course. Shortly after, Algonquin’s Communications Officer Phil Gaudreau contacted Metro News – who originally reported the story – to announce that the college would not be continuing its research into the trade.

“There was no cancellation as there was no program – it was simply an idea being explored by the School of Hospitality and Tourism,” said Gaudreau in an email. “Following negative response from some pockets of the local industry, the school decided not to explore the idea any further.”

Algonquin staff involved in the investigation were caught off-guard by the push-back the college received.

“One of my positions (at Algonquin) is I do a lot of course and program development,” said Wes Wilkinson, an academic manager at the college. “My central goal is to get people employed in industry. That was the thinking behind this.”

It is common practice for the college to investigate potential new programs to accommodate its ever-growing student population. Tattooing and tattoos, over recent years, have grown a great deal in terms of societal acceptance and have become somewhat ubiquitous, particularly among college-aged people.

With this cultural shift, many institutions have attempted to partake in the instruction of the practice. Similar to how it would look into any other growing field, Algonquin began preliminary research into how it might work with the existing tattoo industry in 2014.

“It was very innocent in its approach,” Wilkinson said. “It was just exploratory and just to find out whether there was a need for it. It wasn’t in any way meant as a malice or slant against the industry. In fact, it was intended to further aid or help the industry in terms of future business for themselves.”

Christian Awad, a tattoo artist at Barnstormer Studio in the Glebe, believes that one reason why tattoo instruction would not work in a college setting is due to the necessary one-to-one ratio of teacher-to-student.

He was taught by co-owners of Barnstormer, Glen Paradis and Joel Conroy, two of the city’s most highly-regarded tattoo artists.

“They were literally over my shoulder looking at everything I did,” said Awad. “It’s hard to get an apprenticeship. They can’t just open their door to anyone; you have to meet the right criteria.”

Awad is a graduate of the illustration program at Sheridan College in Oakville, Ont. and tattooing was a natural transition for him. As part of his apprenticeship, he was taught first-aid, blood-borne pathogen courses, the psychology of how to deal with people in extreme circumstances and small business management. The apprenticeship method – the industry standard – is exhaustive.

“I just don’t see it working any other way than it does,” said Awad. “It’s got to be one-on-one, hands on. You can’t dilute it by having multiple people in the class, and I don’t think Algonquin is in the business of having a one-to-one ratio of teacher-to-student.”

Glen Paradis, one of Awad’s mentors, believes there is constant room to grow as a tattoo artist, and that the industry’s current form of regulation is optimal.

“Like any other trade, you just need to put in your time and effort,” said Paradis. “Going on 13 years, I’m still learning.”

For the foreseeable future, Algonquin will not be pursuing a tattoo artistry program. Awad believes a focus on illustration is the key to getting the initial foot-in-the-door for anyone who would like to pursue a career in the tattoo industry.

“Just take illustration, get really good at art and approach shops that you respect,” said Awad. “That’s my advice to people.”