Algonquin’s robotics program on the fritz 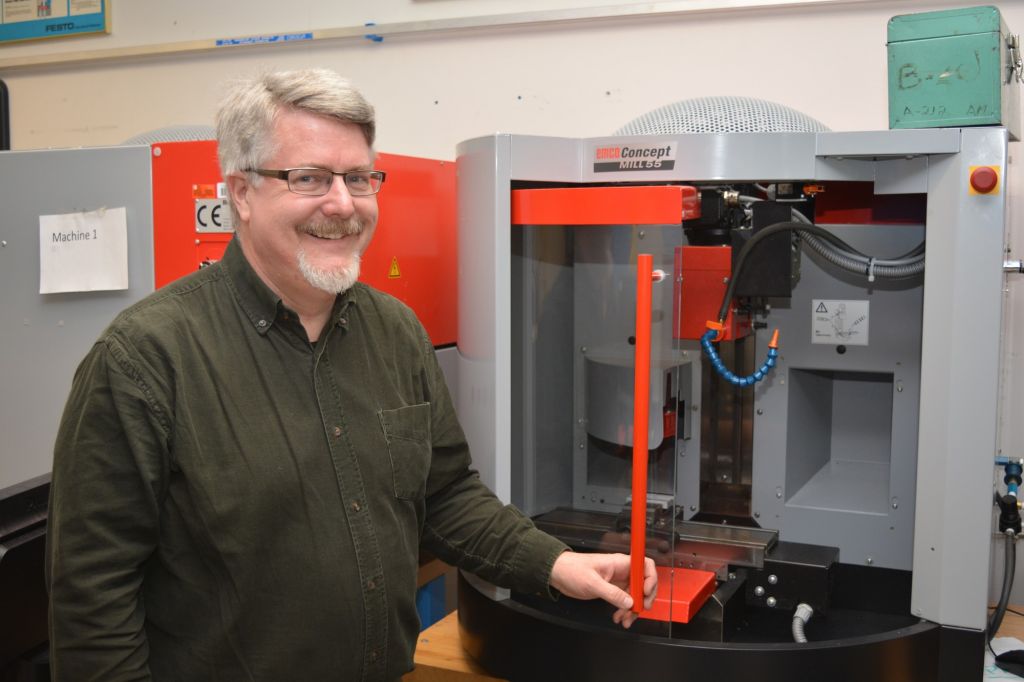 Algonquin’s robotics program’s equipment may have a screw or two loose and it’s becoming a problem for the professors.

A student of the program, who asked to remain nameless, said that the Computer Neumatic Control (CNC) robots have not been functional for sometime.

The robots are one-armed machines that are used for manufacturing. They are automated, programmable and capable of movement on two or more axes.

“Long story short, they don’t work,” he said. “The teachers want to get them fixed, but the budget is too low.”

However, in an interview with robotics professor Richard LaCelle, the Times got a different story.

“The CNC robots are currently fixed now,” said LaCelle. “They have been fixed for the past six months after being non-functional for a little over a year.”

The robots were purchased from a contractor in the USA because there was nobody left in Canada selling them. LaCelle has nursed and cared over the machines through all the repairs.

According to LaCelle however, there was also bad news to go with the good news. While the CNC robots are currently working, the vertical mills for the robots are not.

CNC vertical milling machines are computer controlled vertical drills with the ability to move the spindle vertically along the z-axis. This permits their use in diesinking, engraving applications, and multi-dimensional surfaces such as relief sculptures.

“The mills aren’t communicating with the CNC robots,” said LaCelle. “I have to physically pull the code from the machine to the computer, which includes me manually writing up to 500 lines of code.”

This is a virtual impossibility for even the most seasoned programmer to accomplish. LaCelle said that he is continuing to work on the mills and hopes to have them fixed as soon as possible.

James Eaton, the robotics program coordinator, said that the CNC robots were not functional for a year and half before LaCelle called a contractor from EMCO USA to have them fixed.

According to Eaton, the machines had a variety of problems including outdated software and computers, tool parts missing and electrical connection problems.

“I have entrusted Richard (LaCelle) with those issues,” said Eaton. “If he says that the milling is still an issue then I trust that he’s trying his best to resolve them.”