Algonquin takes to the skies 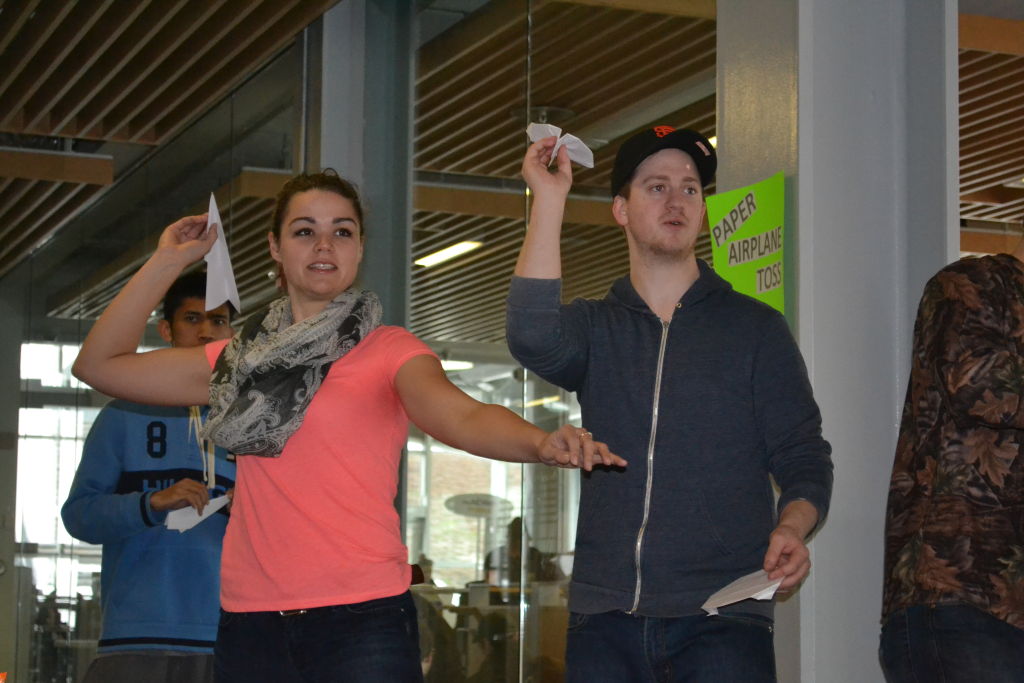 Nic Headrick has no ambitions to become an engineer at Boeing, despite being quite skilled at constructing paper planes.

“No, definitely not,” the third-year civil engineering technology student said laughing, with his prize-winning paper airplane in hand. “I just built it in like three minutes, I didn’t try very hard.”

Headrick put his engineering skills to the test for the paper airplane competition put on by four of his third-year classmates on March 26 in the ACCE building. Courtney Higgins, Laura Hutt, Taylor Turcotte and Adam Verette organized the event for their class leadership project.

Students could construct their own loose-leaf flying contraptions in order to hurl them down a hall and past lines of duct tape on the floor. Planes that glided over the first line won the thrower a chocolate bar. Getting past the second line won them a Tim Hortons gift card.

The leadership projects were a way for the engineering students to participate in college affairs and interact with the student body, explained Verette.

“It’s a way to bring people together,” said Verette. “To do something out in the college.”