Algonquin has spirit; how about you? 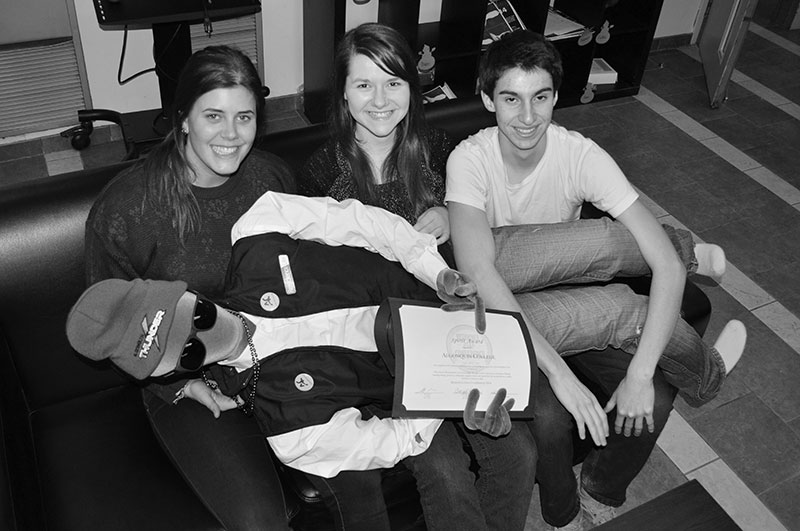 Six of Algonquin’s resident advisors won the Most Spirited Delegation award for their positivity and support of others at a residence life conference in Mississauga, Jan. 10-12.

The weekend was jam packed with activities and sessions to teach the students some new, creative ways to improve the residence life at their school. The conference included RA’s teaching other RA’s about events that worked well for them, bouncing ideas off of one another and networking for the future.

The Algonquin RAs showed their support and positivity in a few ways. “We woke up early to get to the conference early and cheer the other teams in,” said second year bachelor of applied business student Sara Charbonneau, 20. They cheered for all the schools no matter what it was for, helped set up and take things down, greeted everyone in the mornings, and even learned other schools cheers so they could join in with them said residence life coordinator Anna ten Brinke. Algonquin now has more spirit awards than any other Ontario post-secondary institution from the conference.

In keeping with the tradition for Algonquin to bring something for others to take photos with at the conference, this year they brought Manny, a mannequin the RAs usually use to show the negative effects of alcohol consumption. He was a big hit as other schools took pictures with him and received a button saying, “I met Manny.”

Before getting to the conference, the RAs had an application process to go through. The conference theme was “the best of” so the applicants came up with creative ways to answer: what makes you the best, what is the best, and what can you bring back to the residence team. Katie Smit, 20, a second-year library and information technician student created a scrapbook for each question and wrapped them together like a present, “’Cause there’s nothing better than a present,” said Smit.