Algonquin history: What’s in a name? 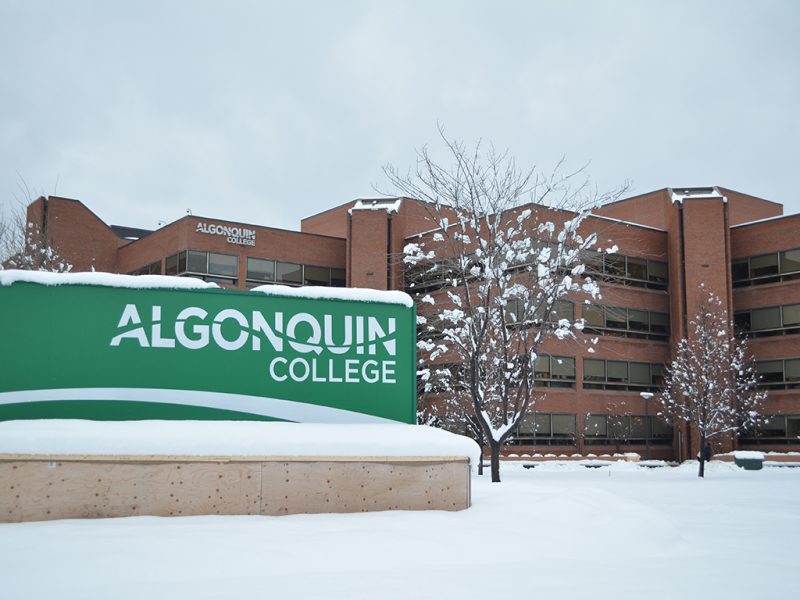 Algonquin College's name is a sort of tribute, a nod to it being situated on Algonquin First Nation unceded territory. This video, featuring Kitigan Zibi Anishinabeg Chief Gilbert Whiteduck and Algonquin President Kent MacDonald features a brief explanation of the name's origin 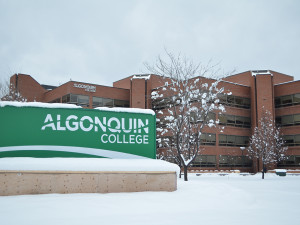 Algonquin recently released a video explaining the First Nations origin of the college’s name amid a land claim dispute between the federal government and the Algonquin Nation whose people originally occupied the Ottawa Valley.

The video, entitled How Algonquin College Got Its Name, appeared on YouTube on Nov. 5 and includes commentary by college president Kent MacDonald and Chief Gilbert Whiteduck of  Kitigan Zibi Anishaiwabeg First Nation.

MacDonald and Whiteduck describe the history of the college’s name and emphasize the importance of knowing that Algonquin is named after the Algonquin Nation.

This comes amid an ongoing land claim dispute between the Algonquin Nation and the federal government.

The treaty proposed by the government would see the Algonquin Nation surrender 36,000 square kilometres of previously unceded and non-surrendered land in Ontario in exchange for government funding and several smaller parcels of land.

MacDonald said the purpose of the video was not for himself or the college to take a stance on the dispute, which began in the mid-1980s, but to educate the public about the school’s ties with area First Nations people.

“My main message was to give the history, going back to 1965,” said MacDonald. “But also publicly acknowledging that there is this historical relationship to the land, and to the people.”

Despite the relevance of the video in the context of the Algonquin land claim, MacDonald has expressed his intention to maintain a neutral stance on the issue.

“As the government and the aboriginal people continue their negotiations on the land claims here, I’m confident that that will continue to see its way forward,” said MacDonald. “But I did not ask to comment on that specifically.”

But he has also set his sights beyond the college campus.

“I hope that it’s the start of a conversation to give more profile to the Algonquin people and quite frankly, broader First Nations aboriginal people even beyond Algonquin people,” said MacDonald.

Whiteduck sees the video as more of a political statement. He considers it part of an ongoing movement by the Algonquin people to resist government attempts to assimilate them with the broader Canadian population.

“Most people have no idea what agreements were put in place well before the creation of Canada in 1867,” said Whiteduck. “There’s been other legislation to control and to negate our existence and there’s been continued attempts to eradicate us, to get us to be absorbed into the body politic of Canada.”

Whiteduck said that only a small portion of Ontario’s Algonquin First Nation population are being represented in the Algonquin land claim, and that they do not express the will of the entire nation. He added that many members of Kitigan Zibi Anishaiwabeg First Nation are opposed to the treaty, which would see them surrender so much land.

Regardless of their respective intentions for the video, Whiteduck believes his collaboration with MacDonald is an important step toward sharing the land equitably.

“We’re still the stewards of these lands and what we’re in essence doing is sharing the land. And hopefully together we’re going to take care of the land.”