Stem cell donation in the spotlight 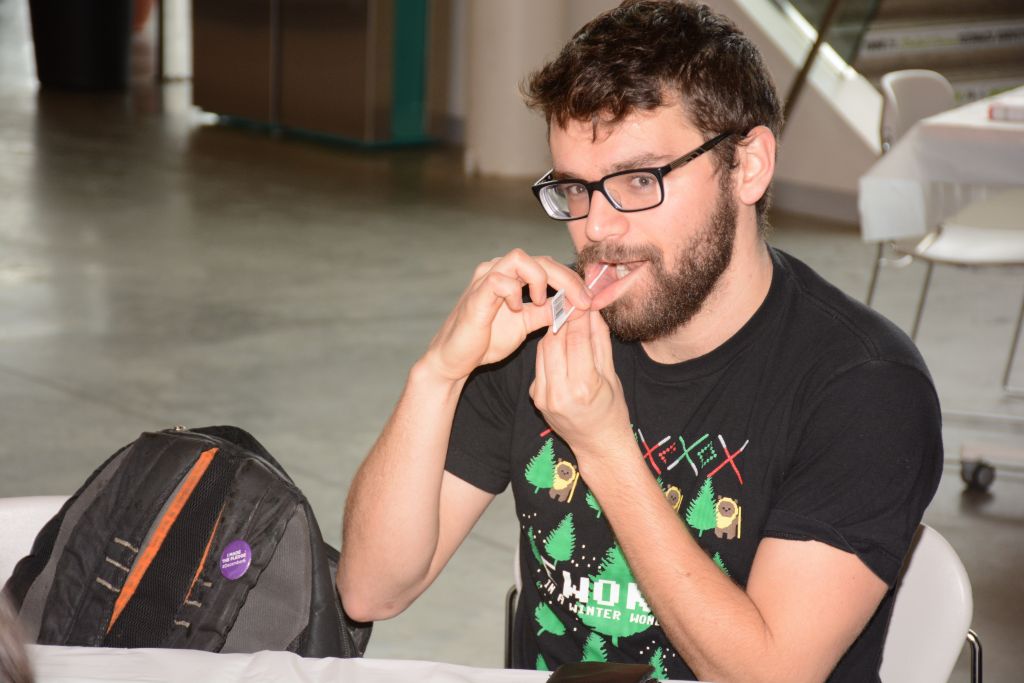 The One Match Stem Cell and Marrow Network in association with Canadian Blood Services, CBS, is today offering students the opportunity to learn about and register to become a stem cell donor. The event is being held in the Student Commons until 4 p.m.

Lynn joined the team of 15 student volunteers from Algonquin and OttawaU who are working along side CBS for the One Match initiative this year.

According to Sharron Cairns, Territory Manager for One Match, “It’s more finding one donor for one patient,” rather than the typical CBS way of collecting donors that can match based on blood type multiple times.

“If you are not able to donate blood for whatever reason, then you can certainly consider registering with One Match,” she said.

Students who register at the event will not be donating immediately, but rather may be called upon in the future when there is someone in need. As a registered donor, you are making a commitment to give when the time comes.

Those who do wish to register will be administered a swab sample that will be stored by One Match and used to later determine whether a donor is a viable candidate for someone in need of a stem cell donation.

“It’s about a five second procedure,” said Jocelin Calla McPhail, fourth-year nursing student at Ottawa U and One Match volunteer. The swabbing consists of rubbing the roof of your mouth, the bottom lip and both cheeks.

This year, the One Match team is hoping to reach its goal of 150 donors at the Algonquin event. By 11 a.m. this morning the team had reached just over a quarter of their goal.

While all interested donors are encouraged to sign up, there is an urgent need for males ages 17-35 of diverse backgrounds. The prognosis for recovery after going through the actual donation process if you are found a match, has the best result for this demographic.

Once registered, One Match collects the swabs and registration form filled out by the applicant, then sends them off to the lab, which tests the sample and stores the data. The donor registration is then complete and they become a part of the One Match network.

“Even though it’s a world-wide database that they can pull from, there isn’t enough people in the demographic we are trying to reach,” said Lynn.

Although the database for potential donors is world-wide, it’s rare to be found a match.

According to Cairns, there are almost 29 million registered stem cell donors in the global database. Just under 400,000 of those are Canadian.

“And we still can’t find matches for people, that’s how challenging it is,” she said.

If selected, your donation could help someone with Leukemia, other forms of cancer, heart disease, Alzheimer’s disease, Parkinson’s and wide range of other illnesses.

Although Canadian Blood Services is increasing restrictions on blood donors as of Dec. 6, One Match has always been a separate entity and does not have the same limitations on iron and haemoglobin levels that CBS is implementing.