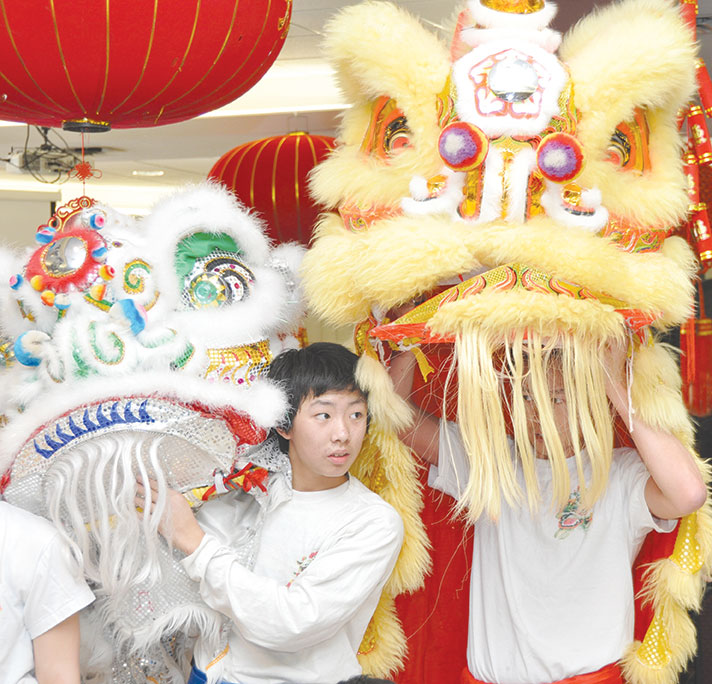 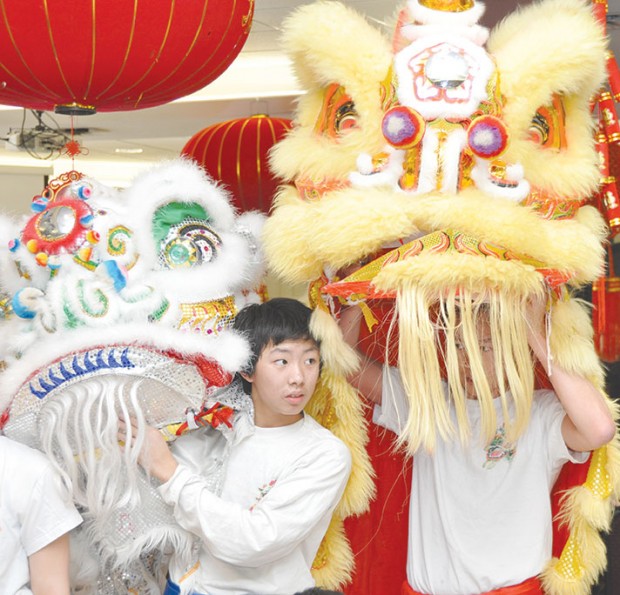 The Chinese New Year celebration at Algonquin opened with four colourful and dynamic lions bursting through the doors of the Marketplace Food Court.

The waiting crowd of students and faculty quickly parted and pulled out their phones to capture the lion dance as it paraded across the cafeteria to the steady beat of the drum that followed.

The dancers weaved through the tables occupied with eating students, entertaining all they passed with their quick movements and fluttering eyelashes.

The dance came to a climax with all four lions meeting at the front of the cafeteria to shred the heads of lettuce offered to them from long poles and finally pull off their costumes to pose for pictures with the charmed audience.

On Jan. 31, Algonquin’s Chinese Students Association held the event to celebrate the upcoming year of the horse. Students, faculty and any others interested were invited to come together for an afternoon of entertainment, food and the opportunity to experience Chinese culture.

Following the explosive lion dance, the talent show portion of the celebration put a range of Chinese music styles on display. Whether they understand the language of the singing or not, the whole audience was captivated by University of Ottawa student Dashan Wang as he opened the show with a heartfelt song that many of the international students in the audience could relate to. 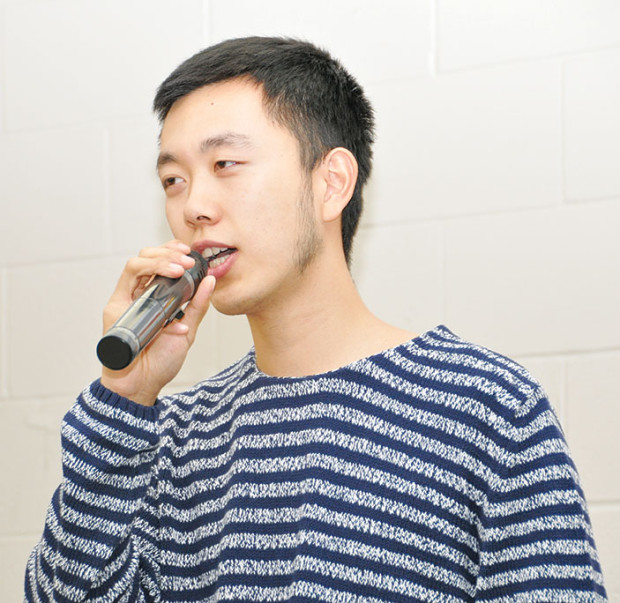 “The song is called Wandering Mind. It’s the story of a poor little boy who goes to the big city to fight for his dream and accomplish his goals,” said Wang. “It’s also about treasuring your family and friends so it’s really good for this time of year.”

Zisi, a student in Algonquin’s music industry arts program, who rapped in the talent show, said, “It’s my first time preforming for this and it was really fun, but if we had the theatre it could be so much better.”

Rui Jingshui, president of the Chinese Students Association, said, “This time of year, it’s tradition to get together as a family. Students have classes so they can’t go back home. There are about 300 international students from China.”

Wenhaoqui, a 20-year-old Chinese student who has only been in Canada for three months said the celebration made him “feel more at home.”

“It makes me happy,” he said, “I like the Chinese New Year celebrations a lot.”

Ruilin Yuan, former president of the Chinese Student Association and a graduate of the business administration program, returned this year to join in the celebration and help out wherever he is needed.

“The event seems to be getting bigger every year and the talent show especially is a great example of Chinese culture,” said Yuan.