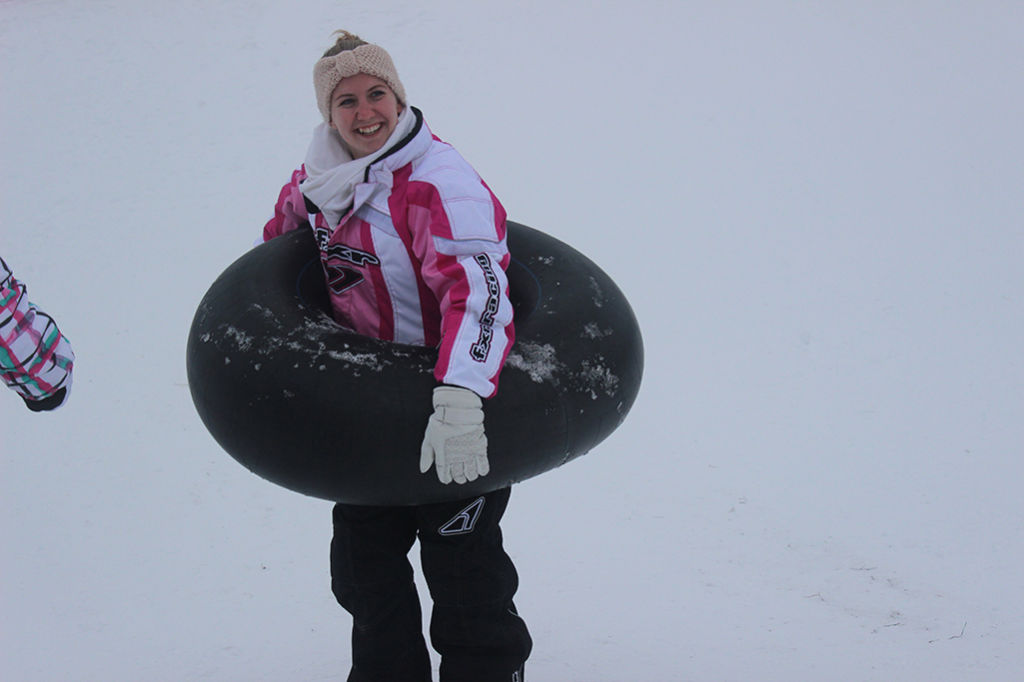 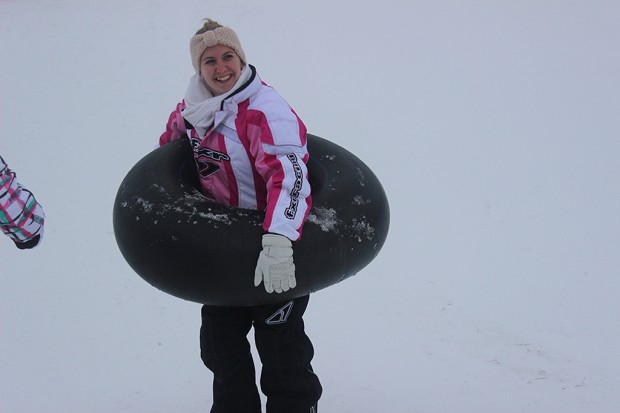 On Jan. 17, one excited student, out of about 110 students who attended a winter tubing trip at Edelweiss, compared his first tubing experience to an airplane landing.

“The [tubing] experience is once-in-a-lifetime,” Sukhjotsingh Sidhu said. “Everyone should do that.”

Sidhu, a first-year student enrolled in the construction engineering technician program had his first

tubing experience on Saturday, which was new to him. Originally a resident of Mandi Dabwali, India,

Sidhu came to Canada at the end of December.

The day trip to Edelweiss Valley in Wakefield, Que. was organized by the AC Hub and Student Support

Services. There were 90 students from the Woodroffe campus who attended and about 20 students

from the Pembroke campus.

The students from the Woodroffe campus enjoyed tubing for about two-and-a-half hours.

“It was too good! It was worth the wait,” said Naseem Momin, a student enrolled in the orientation to

Also on the trip was Saúl Lagardarivera, a second-year robotics student, who was on last year’s trip.

“Both trips were great, even though this year was colder than the last one,” said Lagardarivera. His first

Ben Dinh, the AC Hub’s Events Officer, was satisfied with the turnout in the event’s fifth year. All of the

winter tubing trips have been at Edelweiss.

Sienna Benson, a second-year interior decorating student, said that on a separate occasion not

associated with the tubing trip, a friend of hers sprained her wrist and ankle while tubing.

“She went down on her stomach and flipped,” said Benson.

There have been no injuries on any of the school’s tubing trips thus far. Students sign waivers so they

would be aware of what would happen if an injury were to occur.

“Edelweiss is well-staffed,” said Dinh. “If there is a scenario that happens they have my number so

they’ll tell me right away.”

This tubing trip was free this year as opposed to last year’s charge of five dollars. There was simply a

not just sign up and not attend. The AC Hub’s method of promoting free events has worked in the past.

There is a focus on helping students be active during the winter.

“Students seem to enjoy it,” said Dinh. “We just want to encourage physical activity in the winter-time

because with the cold weather, it’s tough to get out there so this is good initiative.”

It’s an event they plan to continue in the future.