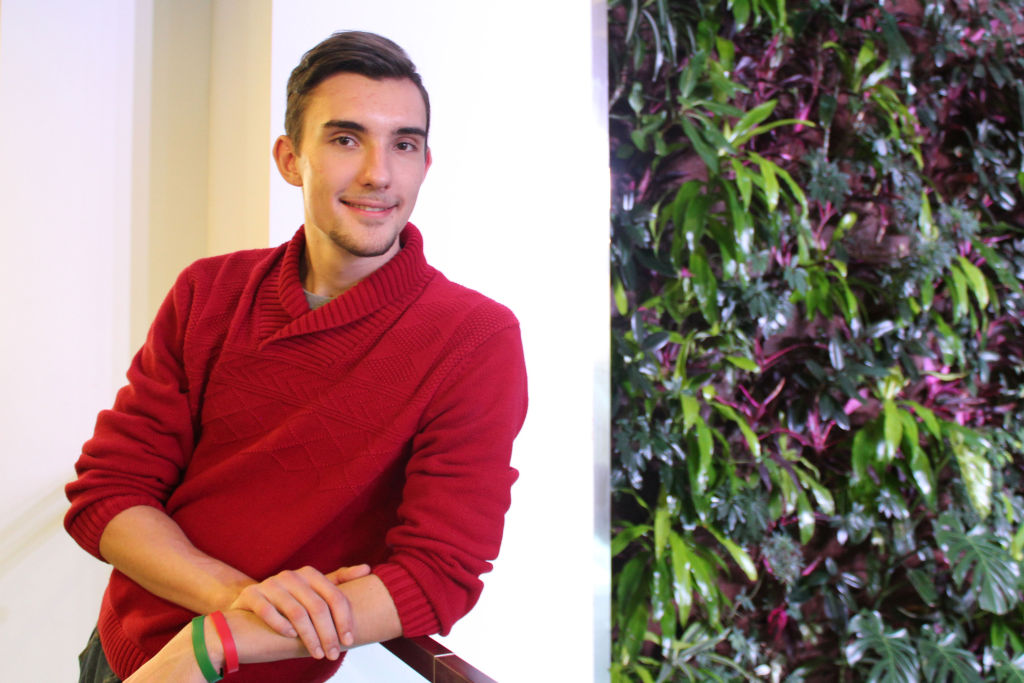 Lev Kozhevnikov is a second-year business administration student from Russia. He has been chosen as a new leader of the International Student Club.

Every year Algonquin welcomes around 1,400 international students from more than 100 countries and the number of newcomers is increasing each year.

As a result of that sizeable number, the Algonquin International Students Club, a community that was initiated by a group of international students, was established with one main purpose: to help new students get through the adaptation period and feel comfortable in Canada.

“As a community we help accommodate international people to Canada, we make them feel comfortable here and give them a circle of friends,” said the leader of the club, Lev Kozhevnikov, who is a second year business administration student from Russia. “And not just friends, but friends who are in the same situation.” As a newcomer to Canada Kozhevnikov knows from his own recent experience what it is like to be new to everything.

“The most common questions that people ask here are usually pretty simple, like ‘how to get to the E building?’, for example, or ‘What should I wear for winter?’Another one appeared to be ‘Where can I find people from my nationality?” said Kozhevnikov.

But despite the practical reasons, people come to the club to socialize, find new friends and just have fun.

“Being an international student is hard, because we are first moving to a new country , we don’t know anyone there. So I think the main goal of the club is to introduce the international students so that they know someone else,” said first-year computer programming student Abby Sun.

For Sun, who came to Canada six years ago from China and already passed the period of adaptation, the club became an opportunity to learn about new cultures. She also got to share her own experience to help other people transition to the new life.

“I’m a big people person and I love culture, so socializing and learning about other countries is what I enjoy doing. And I think that the International Student Club is a good platform to do that,” said Sun.

The dynamic international community has brave plans for the upcoming semester that extend beyond the college walls. For now, the club mentors are working on an ambitious plan to unite with other universities in Ottawa to organize an international trip to Algonquin Park and also on how to keep it within the limited $500 budget that for now seems to be the only fly in the ointment for the club.